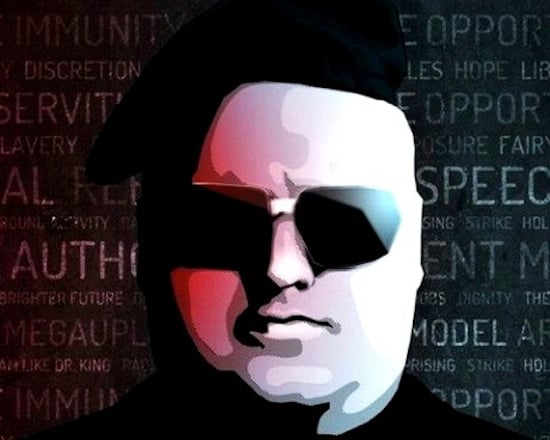 Despite the best efforts of copyright-holders everywhere, it looks like MegaUpload is poised to make a comeback of sorts. The pirate site’s founder Kim Dotcom already announced that he’s working on a cloud-based successor to the site. Ever the troll, Dotcom now says that he plans to launch his new streaming site, simply entitled “Mega”, exactly one year after a SWAT team arrested him during an assault on his New Zealand estate.

One of the most-visited sites on the internet worldwide until it was shut down by the U.S. government, MegaUpload and its creator are still on trial for copyright infringement. Even with jail-time on the line, Dotcom doesn’t plan to change his anonymous content-hosting ways. If anything, the notoriety from the video of his arrest has probably fueled his ambition (and his ego.)

According to TorrentFreak, Mega was on track to launch by the end of 2012, but it seems that Dotcom is holding back his return for the sake poetic justice. Dotcom hasn’t discussed exactly how his new site will work, but claims that new levels of file encryption and cloud storage will make the site “raid-proof,” protecting the identities of anyone and everyone who uploads content to site. Dotcom also mentioned that, despite having a foolproof plan, he has a “doomsday button” in place, which can wipe the entire site in case of an emergency.

Of course, if Dotcom does get convicted, the site probably won’t last too long, anyways.