So We Know What’s Been Eating Those Great White Sharks, And Yes, It’s Worthy Of The Syfy Channel

It's not Sharknado - but it's close. 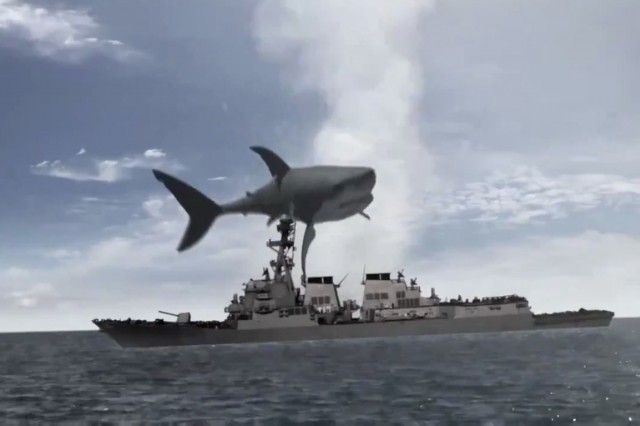 Yesterday we told you about a terrifying sea monster that’s been rampaging along the coast of Australia, eating great white sharks to death. We (and the the internet’s hive mind) speculated that the shark-eating monster could really have been anything from Godzilla to an underwater Sharknado. Now, we think we have some answers.

In an effort to determine what had been killing these great whites, Australian scientists had placed a tracking device in a 9-foot (!) shark that was later (tragically) eaten. Based on the data retrieved from this tracking device (including information on the location, depth, and temperature of the shark at time of death), the Australians concluded that only one answer made sense:

I wish this was a joke, but the actual scientists on the case are calling it a “colossal cannibal great white shark,” so. Just let that sink in for a moment. The tracking data suggests that Cannibal Mega Shark is about 16 feet long and weighs over 2 tons.

I don’t want to be hyperbolic about this, but I’m pretty sure all air traffic over Australia needs to land ASAP or else: