The actress also spoke about her future on New Girl and "[mending] fences" with Michael Bay. 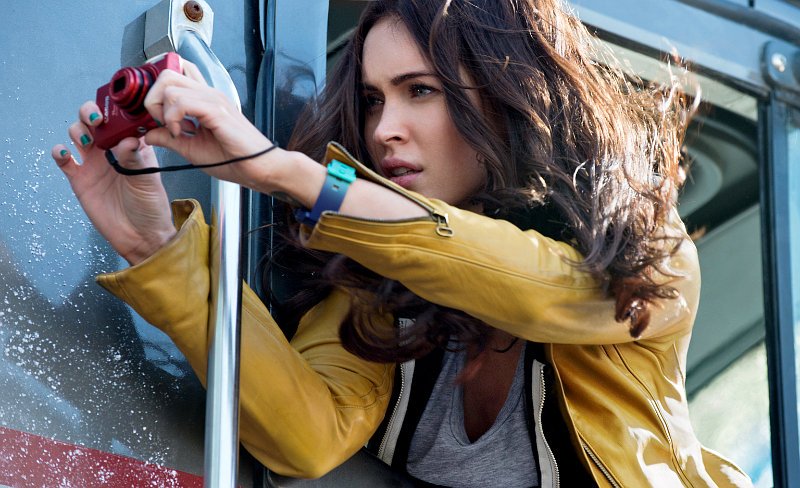 While Megan Fox has been a little scarce in Hollywood recently, she’s starting to re-emerge–but she’s also doing it on her own terms. The actress has been limiting her roles purposefully, never choosing to star in “more than two movies a year”, and while she’s lent her voice and likeness to a mobile game as well as enjoyed a recent stint on the FOX comedy show New Girl, she’s also returning for the Teenage Mutant Ninja Turtles sequel which premieres in theaters today.

Mentioning the actress in conversation tends to generate a wide variety of reactions–there are those who don’t quite take her seriously after early parts in films like Transformers and the ensuing (and very public) feud she had with director Michael Bay (who also produced both Ninja Turtles movies). In a recent interview with the New York Times, Fox said she came to terms with her own culpability, and after having “a very genuine exchange” with Bay they were able to move on–but she points out that she did have to “ride out two years of very negative press”.

Fox is being very deliberate about the parts she’s choosing these days–“If I got sent 10 scripts and one of them was for an action or sci-fi or gaming movie, that’s the first one I’m gonna read”–but it sounds like she’s not getting sent very many parts that she’d actually want to pursue. When asked if it was important for her “to play women who are both strong and physically attractive”, here’s what she had to say:

I don’t get a whole lot of say in terms of character development on movies like these. It’s not like I’m in there helping them write the script saying, “April should do this, because this is what a real feminist would do.” In terms of what’s available for women to play in general in Hollywood, it’s pretty scarce. You have these stereotypes that still dominate films: the nag, the trophy, the escort. [Laughs.] I haven’t been sent a nag script yet, but I do get plenty of, like, “interesting stripper.” Or, “She’s super funny, but she’s also an escort, but that’s what makes it funny!”

Setting aside the word choice of the question that was posed to her–because clearly, the most important thing for an actress like Megan Fox is playing a strong female character with the caveat that she has to look good while doing it!–it doesn’t surprise me that these scripts continue to be the sort she’s being sent. We’ve already seen first-hand the ways in which female characters are still introduced in scripts, so it’s also not surprising to see actresses fighting back against tried and tired stereotypes. (Rose Byrne frequently expressed the desire to not come across as the nagging wife when starring in both Neighbors and its sequel, and her co-star Seth Rogen even offered to swap lines with her to avoid that trope altogether.) There seems to be a trend of more actresses being more outspoken about turning down the roles they won’t play and their reasons for doing so–and the more this happens, the less scriptwriters and filmmakers will rely on these ridiculous tropes to tell stories.

In terms of the roles Fox wants? Turns out it’s more of the same–she wants to do action movies, because they’re not only the preferred parts she enjoys but also the types of movies she says she enjoys watching at home: “There’s something that’s more athletic about the process of making these movies, there’s more adrenaline involved, there’s more risk factor, there’s more chaos, and so I just find it to be a more exciting experience.” She’ll also be returning to New Girl next season.