Why Are People Still Asking Whether Women Can Be Funny? | The Mary Sue

Why Are People Still Asking Whether Women Can Be Funny? 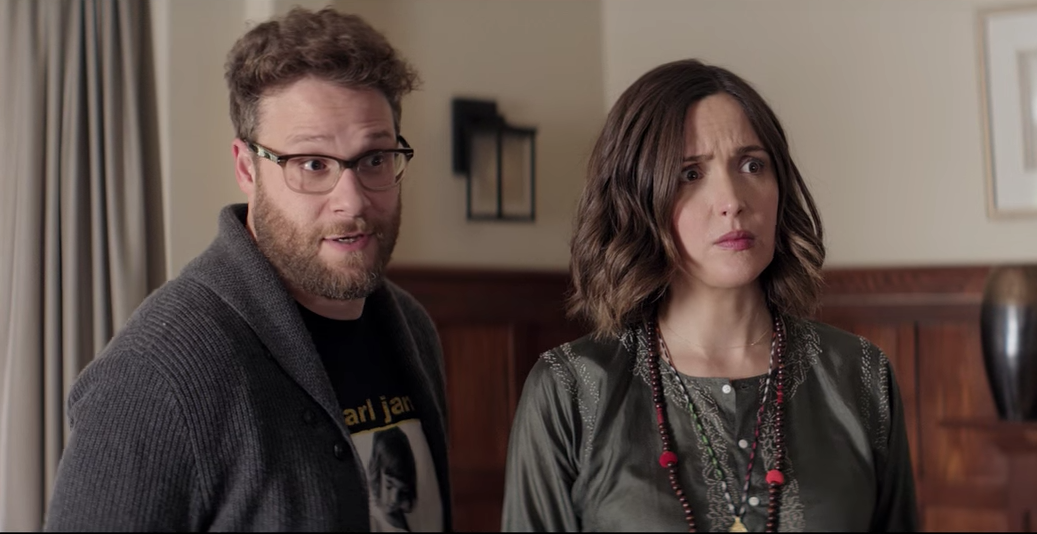 In an Entertainment Weekly SiriusXM interview with the cast of Neighbors 2: Sorority Rising, Seth Rogen and Rose Byrne discussed the question of why people are still asking whether women can be funny. To Byrne’s credit, she said it had never occurred to her that it would even be something to question until after she starred in the wildly-successful Bridesmaids in 2011–and then the subject started to come up in interviews:

Byrne: I’m so naïve to that. When we did Bridesmaids and we were on the tour, that’s all anyone would talk about, like, ‘Oh my God, women are funny!’ It’s like we were dolphins or something.

Rogen: Everyone knows dolphins are funny. [laughs] It is ignoring that Shelley Long and Bette Midler made like 20 hilarious movies together, and there was Gilda Radner and tons of funny [women].

Rogen cited a similar experience he had during the promotion of Knocked Up, where journalists would point out his non-conventional looks–as if movies starring comedians like John Candy and Bill Murray hadn’t already been made yet. (Byrne also cited Gene Wilder as another example.) Eventually, everyone seemed to conclude that the reason the question of whether women can be funny is still being asked is because no one has anything else to say–which isn’t really a satisfying answer, or a great excuse for why some people can’t seem to fully embrace the fact that women are funny and can sell comedies.

Neighbors 2 has already been cited as “surprisingly progressive” and perhaps even a stealth-feminist film; the reviews that have emerged were, for me, unexpectedly positive–not always the case for comedy sequels. No doubt part of that can be attributed to the decision to hire more female writers in working on the script–and in a recent profile on Byrne for New York Magazine, Rogen said he actually offered to trade dialogue with Byrne, who wanted to avoid falling into the tired stereotype of the nagging wife character.

It’s easy to be reminded of the issue of questioning women’s comedic chops as it extends to the new Ghostbusters film, which is scheduled for a July release but has earned its fair share of drama in the headlines over the last few months–everything from the trailer being the most disliked in YouTube history to a movie critic flat-out refusing to see the film. Meanwhile, director Paul Feig tweeted about the success of two test screenings of Ghostbusters this morning, which is perhaps a sign that these online crusades to ruin a film before it even premieres are more a result of internalized sexism than any kind of legitimate criticism. Questions about whether women can be funny aren’t constructive, they’re outdated and redundant–because we’re going to be hearing the same answer over and over again no matter how many times they come up.

Women are funny. The real question is: are they being given the chance to prove it?