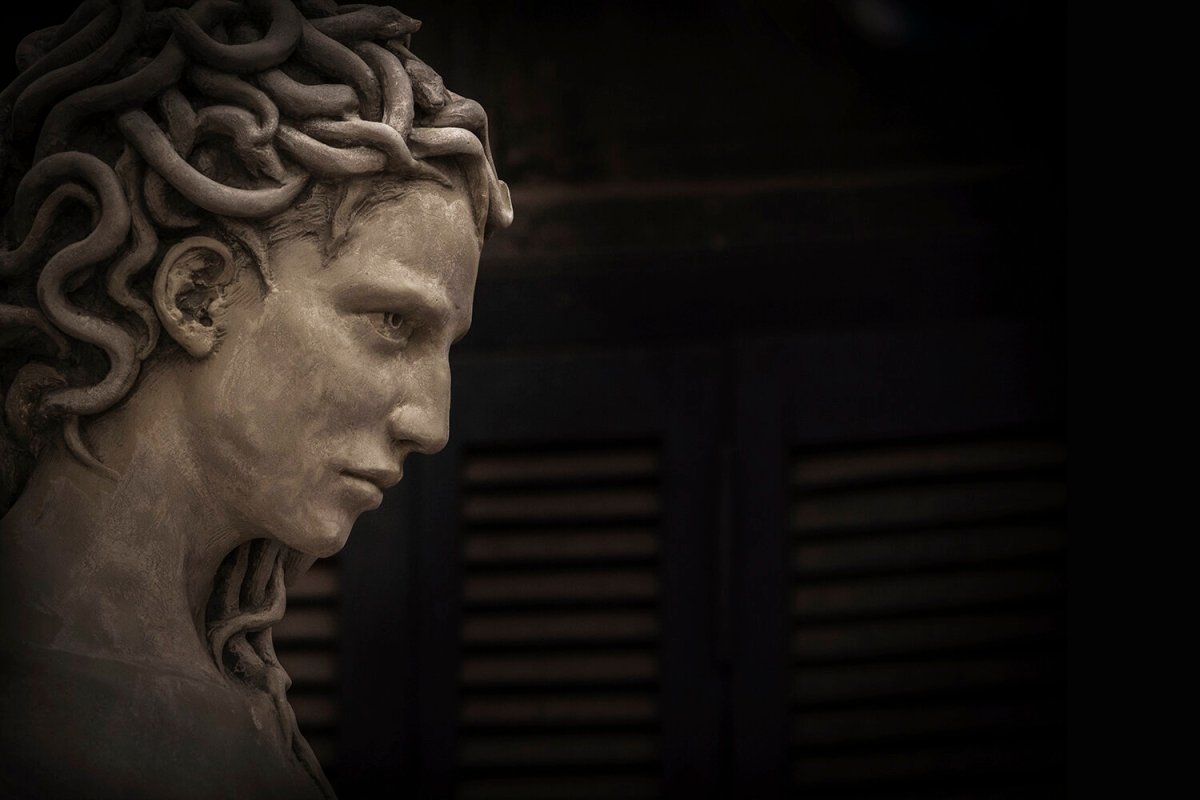 Luciano Garbati’s Medusa With the Head of Perseus is an amazing sculpture that has become nearly legendary on the internet in recent years. And if you look at the work, it’s easy to see why. Medusa, the monstrous gorgon of Greek myth, stands defiant, staring down the observer, holding the severed head of Perseus, one of the many men who sought to abuse and entrap her. It’s an incredibly powerful work, and now a 7-foot bronze version is coming to the streets of New York to shame men entering the New York County Criminal Court.

Yes, a 7-foot tall bronze rendition of the statue will be unveiled Monday in Collect Pond Park, putting what’s been called a “narrative of justice, re-imaging the story of Medusa from the perspective of the woman behind the myth” right across from a court where the sort of men Medusa is aligned against will come and go.

Here’s the exhibition’s statement on the installation.

Garbati’s 2008 sculpture Medusa with the Head of Perseus is a direct response to Benvenuto Cellini’s Perseus with the Head of Medusa (1545-1554), which still sits in the Piazza Della Signora in Florence, Italy. It is a modern, feminist take on the classical myth. In Ovid’s Metamorphosis, Medusa was a maiden in the temple of Athena, who was stalked and raped by Poseidon. Athena, in a rage, banishes and curses Medusa with a monstrous head of snakes and a gaze which turns men to stone. Medusa is herself blamed and punished for the crime of which she was the victim- she is cast away as a monster and then with the cruel assistance of Athena and Poseidon, eventually is hunted-down and beheaded by the epic hero Perseus, who displays her head as a trophy on his shield.

Through this work, Garbati asks “how can a triumph be possible if you are defeating a victim”. The sculpture is installed directly across from the New York County Criminal Court, the location of high profile abuse cases including the recent Harvey Weinstein trial. Garbati’s Medusa stands facing the courthouse, as an icon of justice and the power of narrative. 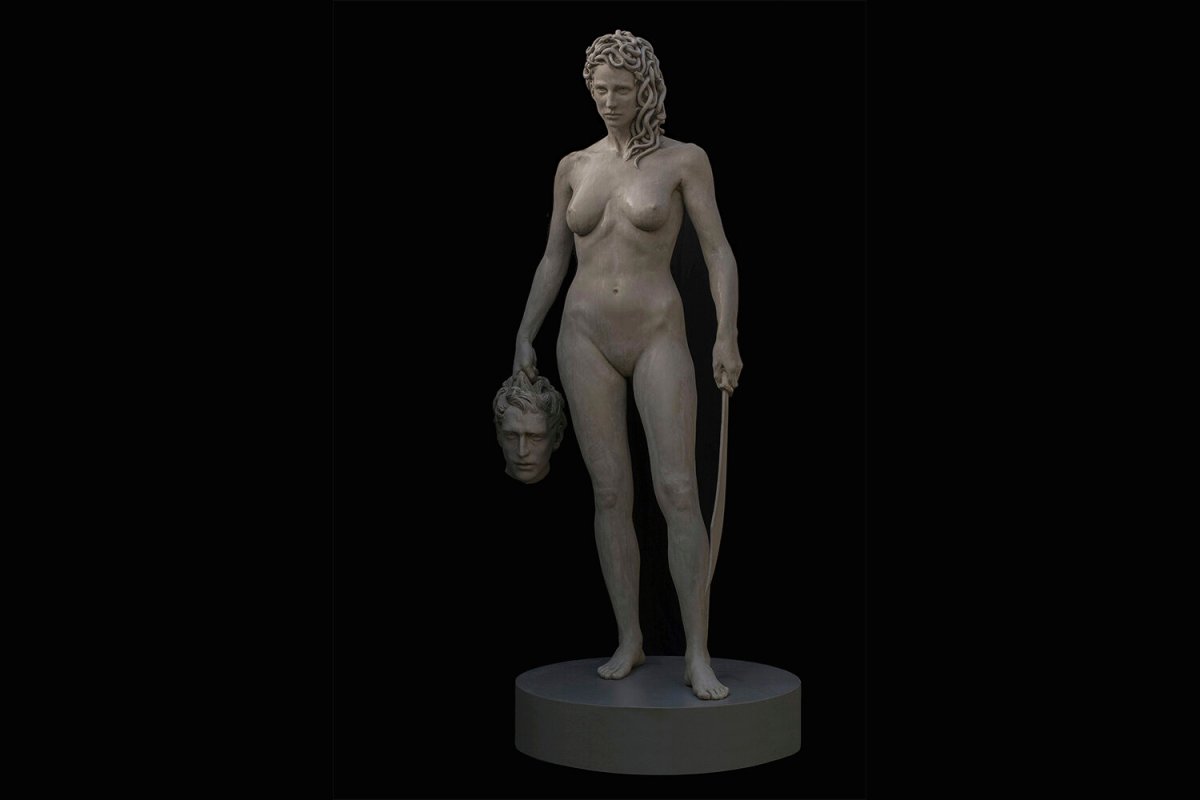 I can’t say enough how much I love this statute. I love that it takes the myth of Medusa, a victim of sexual assault who was then cursed as a result, but became ferocious in her own right. (The Ancient Greeks viewed her as cursed; there is a growing modern movement to reclaim this “monstrous woman” as the powerful figure she was.) This posture and Medusa’s cold defiance in the face of abusers and rapists is so powerful and beautiful.

The bronze version of Medusa will be unveiled Tuesday at 1:30, and will be on display until April of 2021.