One time while driving through South Carolina, my family and I drove by a sign on the highway advertising McPizza, McDonald’s attempt at pizza. Much to my dismay, we didn’t stop to try it out, and I never saw it again. For a while in South Florida, some of the McDonald’s restaurants offered the McCuban Sandwich like it was a normal thing to have at a McDonald’s. At that point, I realized that certain McDonald’s restaurants had location-based menus. I never saw the McHotdog, but the Internet once told me it was a thing. It turns out McDonald’s has a multitude of odd menu items in varying locations that one wouldn’t even guess McDonald’s ever thought about attempting, much less created and put on sale. Check out the infographic below, and learn about weird menu items like the Chicken Big Mac, or the Kiwiburger. 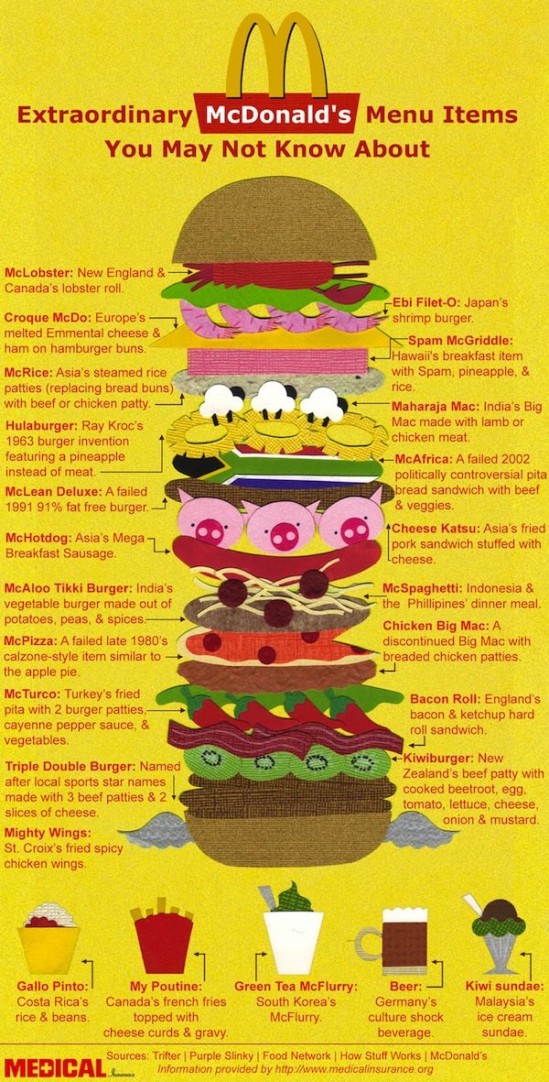 (Daily Infographic via Geeks are Sexy)