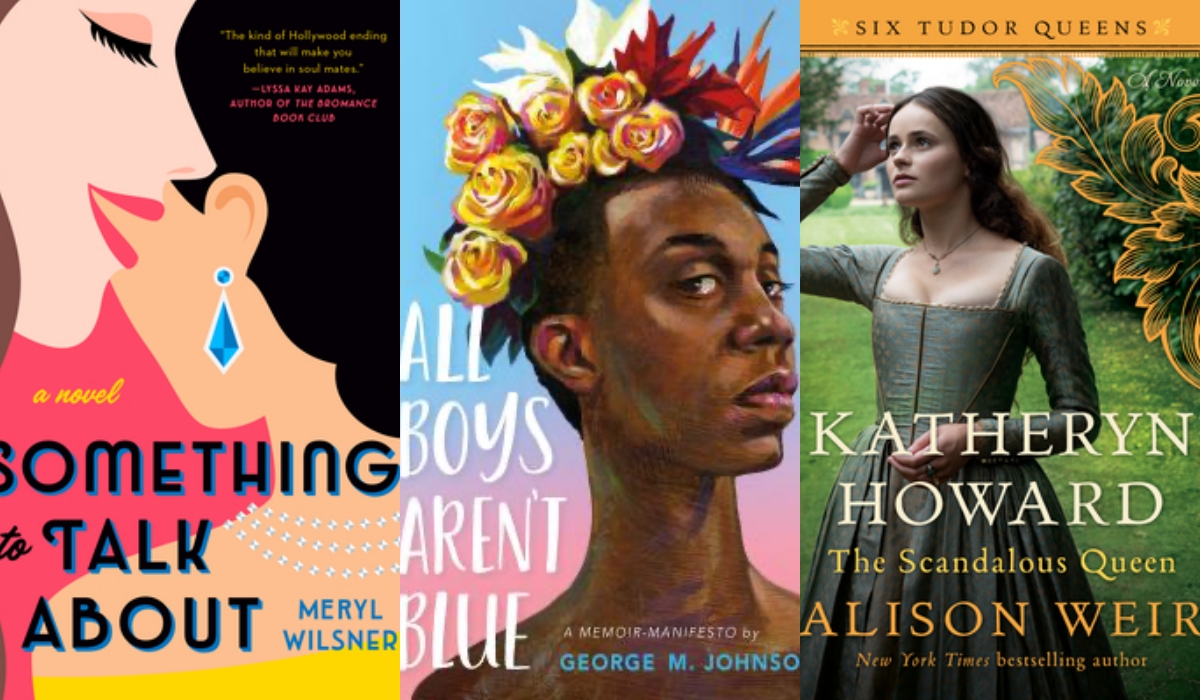 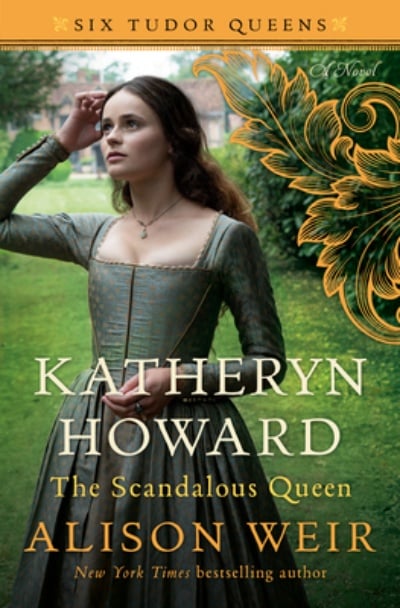 “Bestselling author and acclaimed historian Alison Weir tells the tragic story of Henry VIII’s fifth wife, a nineteen-year-old beauty with a hidden past, in this fifth novel in the sweeping Six Tudor Queens series.

In the spring of 1540, Henry VIII is desperate to be rid of his unappealing German queen, Anna of Kleve. A prematurely aged and ailing forty-nine, with an ever-growing waistline, he casts an amorous eye on a pretty nineteen-year-old brunette, Katheryn Howard. Like her cousin Anne Boleyn, Katheryn is a niece of the Duke of Norfolk, England’s premier Catholic peer, who is scheming to replace Anna of Kleve with a good Catholic queen. A fun-loving, eager participant in the life of the royal court, Katheryn readily succumbs to the king’s attentions when she is intentionally pushed into his path by her ambitious family.

Henry quickly becomes besotted and is soon laying siege to Katheryn’s virtue. But as instructed by her relations, she holds out for marriage and the wedding takes place a mere fortnight after the king’s union to Anna is annulled. Henry tells the world his new bride is a rose without a thorn, and extols her beauty and her virtue, while Katheryn delights in the pleasures of being queen and the rich gifts her adoring husband showers upon her: the gorgeous gowns, the exquisite jewels, and the darling lap-dogs. She comes to love the ailing, obese king, enduring his nightly embraces with fortitude and kindness. If she can bear him a son, her triumph will be complete. But Katheryn has a past of which Henry knows nothing, and which comes back increasingly to haunt her—even as she courts danger yet again. What happens next to this naïve and much-wronged girl is one of the saddest chapters in English history.”

I have really enjoyed this series by Alison Weir because she has very diligently taken the time to flesh out and provide emotional care to the second half of Henry VIII’s six wives. After reading Anna of Kleve, I saw that even with the historical inaccuracies, Weir was attempting to expand upon Anna of Kleves in a way that allowed her to be more than a discarded wife. I’m looking forward to how she humanizes the tragic Katheryn Howard. 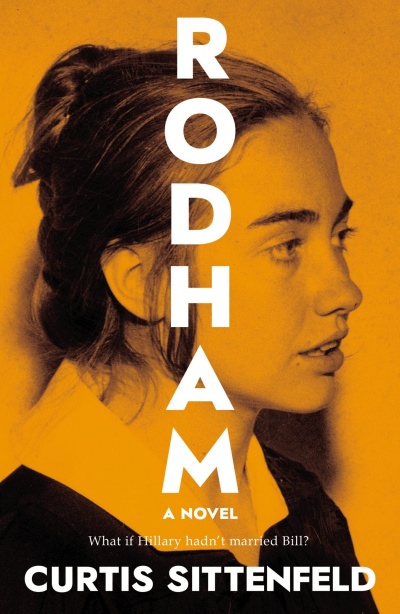 Rodham: A Novel by Curtis Sittenfeld

“From the New York Times bestselling author of American Wife and Eligible, a novel that imagines a deeply compelling what-might-have-been: What if Hillary Rodham hadn’t married Bill Clinton?

In 1971, Hillary Rodham is a young woman full of promise: Life magazine has covered her Wellesley commencement speech, she’s attending Yale Law School, and she’s on the forefront of student activism and the women’s rights movement. And then she meets Bill Clinton. A handsome, charismatic southerner and fellow law student, Bill is already planning his political career. In each other, the two find a profound intellectual, emotional, and physical connection that neither has previously experienced.

In the real world, Hillary followed Bill back to Arkansas, and he proposed several times; although she said no more than once, as we all know, she eventually accepted and became Hillary Clinton.

But in Curtis Sittenfeld’s powerfully imagined tour-de-force of fiction, Hillary takes a different road. Feeling doubt about the prospective marriage, she endures their devastating breakup and leaves Arkansas. Over the next four decades, she blazes her own trail—one that unfolds in public as well as in private, that involves crossing paths again (and again) with Bill Clinton, that raises questions about the tradeoffs all of us must make in building a life.

Brilliantly weaving a riveting fictional tale into actual historical events, Curtis Sittenfeld delivers an uncannily astute and witty story for our times. In exploring the loneliness, moral ambivalence, and iron determination that characterize the quest for political power, as well as both the exhilaration and painful compromises demanded of female ambition in a world still run mostly by men, Rodham is a singular and unforgettable novel.”

I won’t lie, when I first head about this book, I rolled my eyes so hard that it physically pained me. Then, I saw the author. I’ve been a fan of Curtis Sittenfeld’s work for years, so the only reason I’m even considering Rodham is because of her. While I’m not “fan” of Hilary Clinton, I do think she has an interesting place in U.S. History, and in Sittenfeld’s hands, I’m interested in seeing what alternate history she crafts. 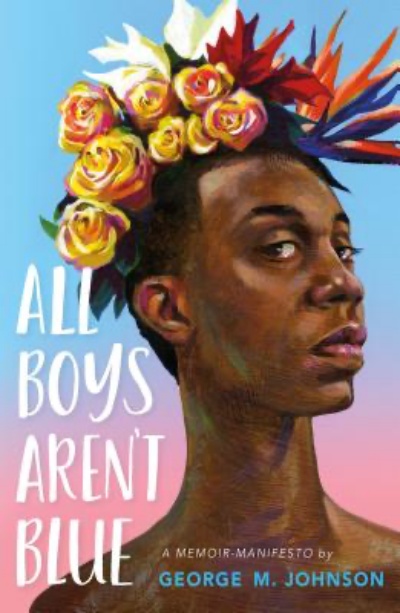 “In a series of personal essays, prominent journalist and LGBTQIA+ activist George M. Johnson explores his childhood, adolescence, and college years in New Jersey and Virginia. From the memories of getting his teeth kicked out by bullies at age five, to flea marketing with his loving grandmother, to his first sexual relationships, this young-adult memoir weaves together the trials and triumphs faced by Black queer boys.

Both a primer for teens eager to be allies as well as a reassuring testimony for young queer men of color, All Boys Aren’t Blue covers topics such as gender identity, toxic masculinity, brotherhood, family, structural marginalization, consent, and Black joy. Johnson’s emotionally frank style of writing will appeal directly to young adults.”

I’ve been looking forward to this book for a while. I think it’s so important to have books for young Black queer youth to have access to the stories of those who have come before them, to know that there is not just one path set up for them, and Johnson’s book is one of the books that highlights the possibilities for future queer teens. 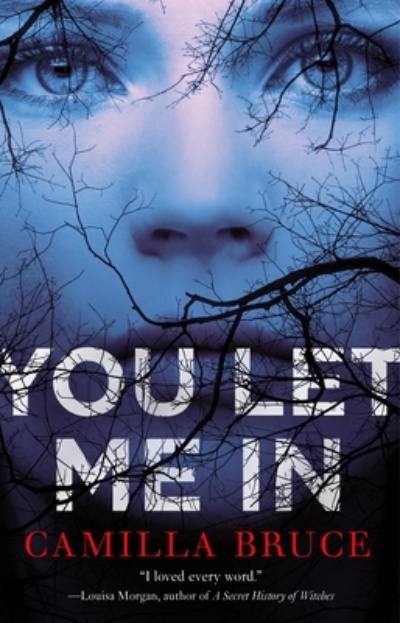 You Let Me In By Camilla Bruce

You Let Me In delivers a stunning tale from debut author Camilla Bruce, combining the sinister domestic atmosphere of Gillian Flynn’s Sharp Objects with the otherwordly thrills of Neil Gaiman’s The Ocean at the End of the Lane.

“Cassandra Tipp is dead…or is she?

After all, the notorious recluse and eccentric bestselling novelist has always been prone to flights of fancy—everyone in town remembers the shocking events leading up to Cassie’s infamous trial (she may have been acquitted, but the insanity defense only stretches so far).

Cassandra Tipp has left behind no body—just her massive fortune, and one final manuscript.

Then again, there are enough bodies in her past—her husband Tommy Tipp, whose mysterious disembowelment has never been solved, and a few years later, the shocking murder-suicide of her father and brother.

Cassandra Tipp will tell you a story—but it will come with a terrible price. What really happened, out there in the woods—and who has Cassie been protecting all along? Read on, if you dare…”

I have found myself really missing Gillian Flynn’s work recently, and when I first read Bruce’s novel, this reminded me of a lot of the dark atmosphere I’d been missing. If you’ve been longing for something along the lines of her early work, this is a perfect salve for that. 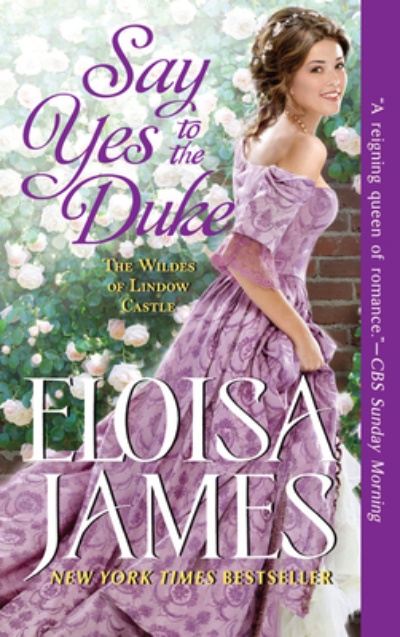 Say Yes to the Duke: The Wildes of Lindow Castle by Eloisa James

Miss Viola Astley is so painfully shy that she’s horrified by the mere idea of dancing with a stranger; her upcoming London debut feels like a nightmare.

So she’s overjoyed to meet handsome, quiet vicar with no interest in polite society — but just when she catches his attention, her reputation is compromised by a duke.

Devin Lucas Augustus Elstan, Duke of Wynter, will stop at nothing to marry Viola, including marrying a woman whom he believes to be in love with another man.

A vicar, no less.

Viola has already said Yes to his proposal, but now he wants her unruly heart…and he won’t accept No for an answer.”

This series just makes me happy, and I have enjoyed every installment thus far, so I’m just enjoying the good time. 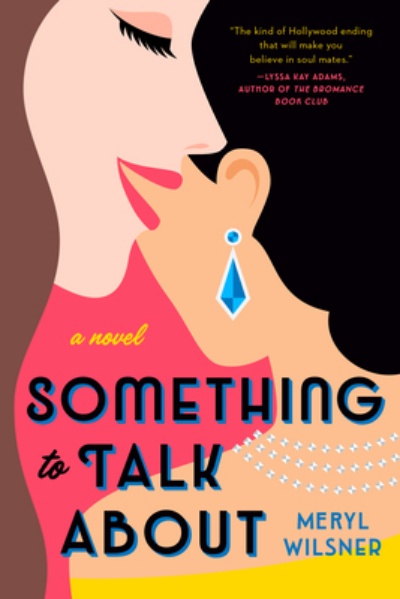 Something to Talk About by Meryl Wilsner

“A showrunner and her assistant give the world something to talk about when they accidentally fuel a ridiculous rumor in this debut romance.

Hollywood powerhouse Jo is photographed making her assistant Emma laugh on the red carpet, and just like that, the tabloids declare them a couple. The so-called scandal couldn’t come at a worse time—threatening Emma’s promotion and Jo’s new movie.

As the gossip spreads, it starts to affect all areas of their lives. Paparazzi are following them outside the office, coworkers are treating them differently, and a “source” is feeding information to the media. But their only comment is “no comment”.

With the launch of Jo’s film project fast approaching, the two women begin to spend even more time together, getting along famously. Emma seems to have a sixth sense for knowing what Jo needs. And Jo, known for being aloof and outwardly cold, opens up to Emma in a way neither of them expects. They begin to realize the rumor might not be so off base after all…but is acting on the spark between them worth fanning the gossip flames?”

Ever since I first heard of this book, I was super excited about it. We have so little queer romance in mainstream publications, especially from LGBTQ authors, that I was always going to check it out. Thankfully, it’s also extremely fun, sexy, and romantic. An excellent read.