How Did Matthew Perry Get A Job Doing Fallout: New Vegas? 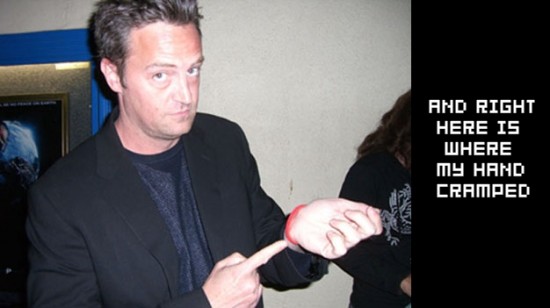 Apparently he did it by expressing his love for the franchise in the most unlikely of places: The Ellen DeGeneres Show and The View.

He was on the shows more than a year ago, promoting a movie, but while he was on Ellen he gifted his host with an Xbox and a copy of Fallout 3, saying:

Apparently all that dedication (and subsequent publication of said dedication) paid off, because he’ll be voicing Benny, the head of the Geckos family in Fallout: New Vegas.

We guess the moral of the story is that if you ever become a B List celebrity, you can totally use your fame to get a bit part in the sequel to your favorite videogame.  Frankly, we encourage you to.