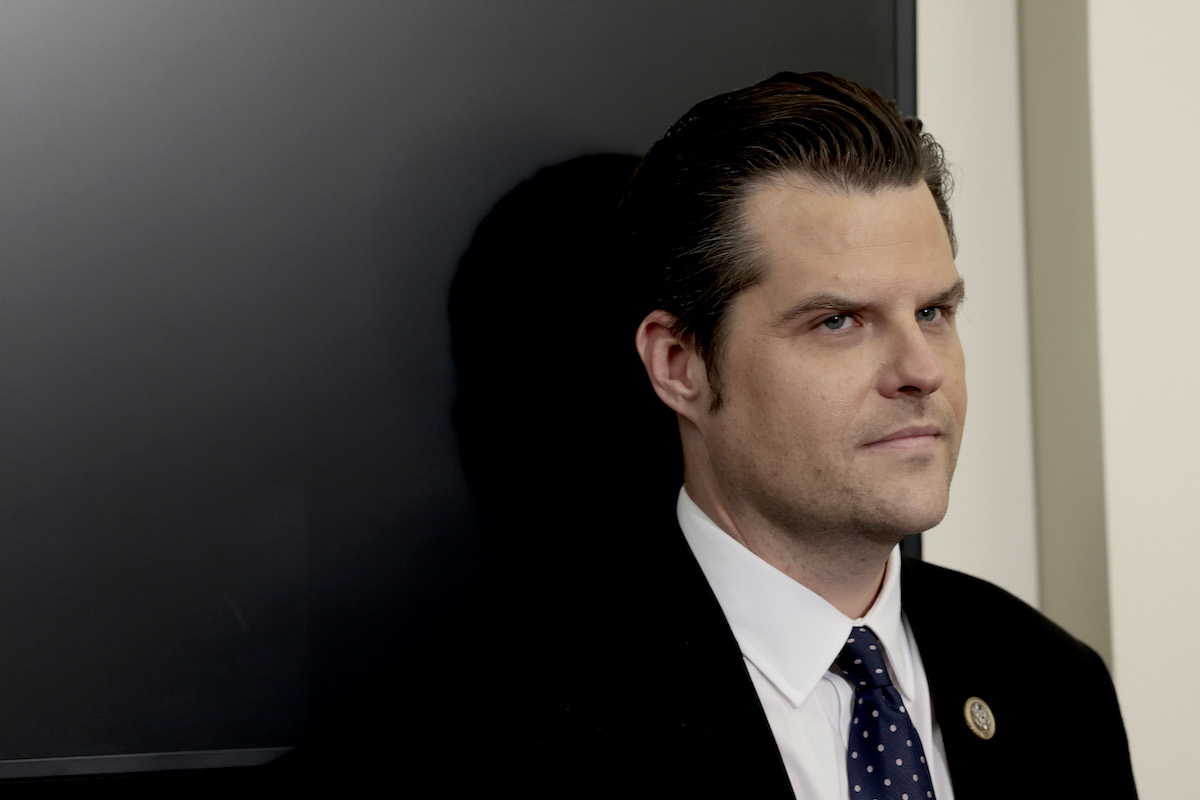 It’s been quite a while since the Justice Department’s investigation into Matt Gaetz made headlines. But while the far-right Congressman has been working hard to try to deflect attention from it by fighting basic COVID-19 safety guidelines and spreading new pro-insurrection conspiracy theories, the investigation is very much still ongoing.

Earlier this month, Gaetz’s ex-girlfriend was brought in to testify in front of a federal grand jury. According to NBC News, the woman, whose name was withheld for her privacy, was viewed as a key witness in both the trafficking charges looming around Gaetz as well as his alleged sexual relationship with a minor. The outlet also said she had been in talks with prosecutors “for months” about the possibility of an immunity deal.

Now, CBS has reported that she has in fact received that immunity in exchange for her cooperation. That’s a huge deal not just because it indicates prosecutors are closer than ever to indicting Gaetz, but that his ex has information those investigators find valuable.

As CBS News legal analyst Rikki Kleiman put it, “The government does not give immunity blindly, they know what they’re getting in exchange.”

Gaetz’s ex and another woman who is also acting as a witness in the probe were both reportedly present on a trip to the Bahamas that is central to the investigation. A third woman was also reportedly present on the trip and while she is said to have been 18 at the time, investigators are looking into whether she was a minor when she and Gaetz allegedly began having a sexual relationship. Investigators have also been looking into whether the women were paid (in money or other assets) to travel across state lines and abroad for the purpose of having sex with Gaetz, which constitutes trafficking.

Both of the women acting as witnesses also reportedly have information about the other possible charge against Gaetz: obstruction of justice.

After the investigation began, Gaetz spoke with his ex-girlfriend in a three-way call with yet another woman who was cooperating with federal investigators at that point and was secretly recording the call, according to two sources familiar with the case.

It’s on that call that Gaetz is suspected of obstructing justice, which federal prosecutors are investigating, according to law enforcement sources.

This ex-girlfriend is not the first of Gaetz’s one-time allies to try to get in good with federal prosecutors. Last May, Gaetz’s longtime friend and “wingman” Joel Greenberg pled guilty to a bunch of crimes, including some related to the Gaetz probe, like trafficking a minor. As part of his plea deal, Greenberg agreed to offer “substantial assistance” in future federal investigations. Those investigations weren’t named but gee, I wonder what they could be …