Yahya Abdul-Mateen II plays a version of Morpheus in the upcoming film. 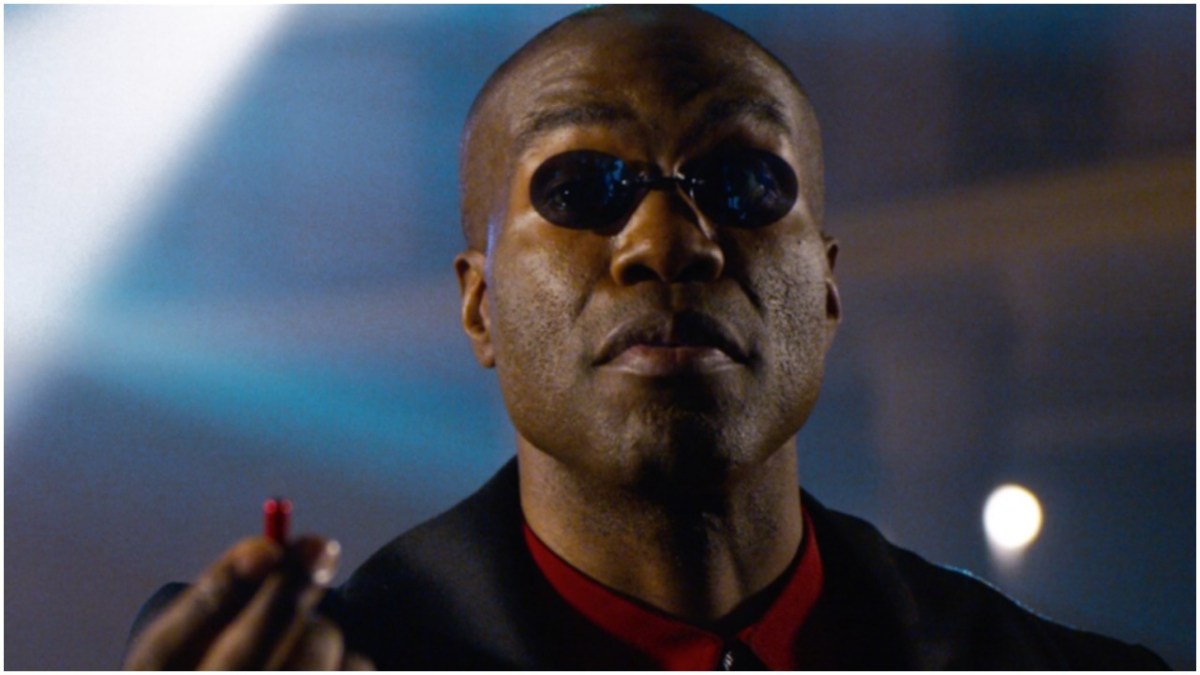 We’re 12 days out from the premiere of the fourth installment of The Matrix franchise, The Matrix Resurrections. Lana Wachowski’s long-anticipated followup film has us asking plenty of questions (I thought everyone died? How does Keanu look the same?), but chief among them is the recasting of Laurence Fishburne as resistance leader Morpheus. It’s a glaring absence that will presumably be addressed within the film, but fans can’t help but wonder why Fishburne was replaced with Yahya Abdul-Mateen II (Candyman, Watchmen).

A new clip, which premiered last night during the Game Awards, seeks to answer the question, but definitely poses many more. Fishburne confirmed he wouldn’t reprise the role last year, telling New York Magazine, “No. I have not been invited. Maybe that will make me write another play. I wish them well. I hope it’s great.”

The clip sees Neo (Keanu Reeves) led by Bugs (Jessica Henwick), who walks him through a doorway turned into a portal. The next generation of Matrix rebels has clearly moved on from landlines, which is probably for the best, considering we all have cell phones now. They find themselves on a train speeding through Tokyo, where Bugs brings Neo into a large room that finds Abdul-Mateen II watching a scene from the first Matrix film.

There Fishburne is, up on a torn movie screen, as Neo, Bugs and the new Morpheus watch. “It’s all about set, and setting,” intones Morpheus, as Bugs says, “After our first contact went so badly, we thought elements from the past might help ease you into the present.” Morpheus adds, “Nothing comforts anxiety like a little nostalgia.”

The line is clearly a wink at the audience, addressing the recasting of Morpheus head-on. But while the issue is addressed, there is still so much we don’t know. Is Mateen Morpheus reborn? Is he a spy from the Matrix, an agent in disguise? This no doubt plays into the larger question posed from the first trailer: How did Neo and Trinity survive their deaths and get put back into the Matrix?

Fishburne was recently asked if he’s sick of answering questions about Resurrections in an interview with Collider, where he replied, “It would make sense that people would ask me that, so it doesn’t get old. I am not in the next ‘Matrix’ movie, and you’d have to ask Lana Wachowski why, because I don’t have an answer for that.”

Fans also attributed Fishburne’s absence to The Matrix Online MMO, where Morpheus dies after the events of Revolutions, but it’s unclear whether that game is canon. It also begs disbelief that Wachowski would build such a major plot point around a game only the most diehard of fans are familiar with.

And then, of course, there are still the conspiracy theorists who believe Fishburne is merely pretending he won’t show up in The Matrix Resurrections. If that’s the case, it would be quite the mic drop moment for the film. Unfortunately, I doubt this will actually pan out.

The Matrix Resurrections hits theaters and HBO Max on December 22.