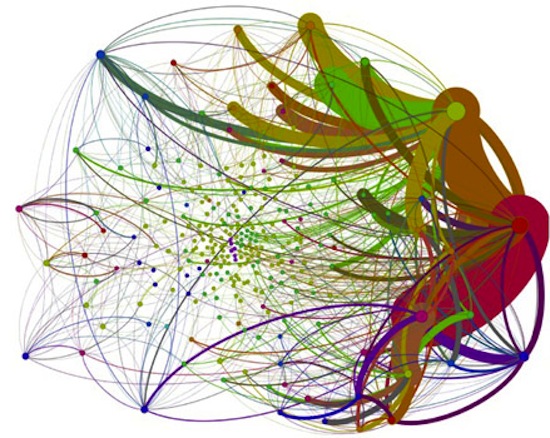 Ok, I’m just going to say it — the physicists at Aalto University may have a bit too much time on their hands, seeing as they’ve taken Wikipedia watching to a new extreme. Working with researchers from around Europe, they’ve created the first known mathematical model of editorial conflicts in Wikipedia, which tracks the birth, life and occasionally even the resolution of the Internet grudge matches that determine what is fact on the Internet’s number one repository of facts.

The model takes into account several different factors, from the fairly simple — how a controversy grows over time as new editors join the fray and add their opinions to the mix — to the complex — working to control for different levels of sensitivity about a topic in editors and their level of tolerance for contrary opinions — and also offers researchers the tools to visualize the controversies and conversations that shape articles over their lifespans.

The model of Wikipedia interactions and their effect on articles takes its cues from research in local and global interactions. Local interactions here are the conversations between different groups of editors that change their own personal opinions, while global interactions change the actual content of an article. That’s pretty amazing, though the implication it carries — that humans and our fancy opinions and thoughts are really no more complex at the end of the day than your average subatomic particle — are a bit cringe-inducing.

The work also suggests that editing Wikipedia articles together could bring people with wildly different opinions on things closer together. Even if editors don’t work together directly or interact while making their edits, strong views from both sides tend to converge in the middle over time. According to researcher Gerardo Iniguez:

“The presence of the Wikipedia article itself brings the opinions of individuals together and helps the convergence process. Without an article, on which to work collectively, groups with different opinions could stay separate and ignore each other.”

Or, put a little more simply, none of us is entirely right about pretty much anything, and working with someone who has different points of view than your own can be good for everyone involved. That’s not rocket science. Though it is, apparently, physics, and as the team continues to refine their model, they hope to learn more about what the laws of physics have to tell us about how humans interact.