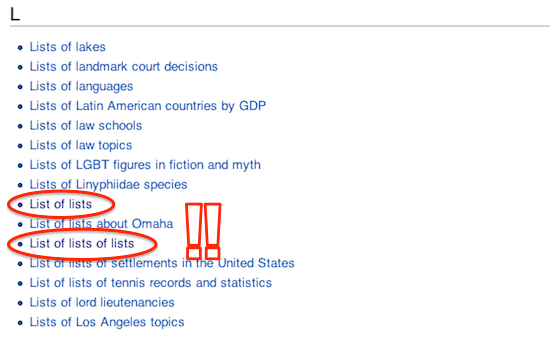 Wikipedia’s innumerable lists is already the stuff of legends. And yet still amidst the back alleys, we hear whispers of lists of lists — strange, higher planes of existence which float above everything. But it has transpired that there is still another level; a greater plateau of enlightenment. Friends, believe me when I say that Wikipedia has a List of Lists of Lists. And, most beautifully, it not only links to a list of lists, but also to itself. This, dear readers, is the information singularity. Wikipedia has attained nirvana.