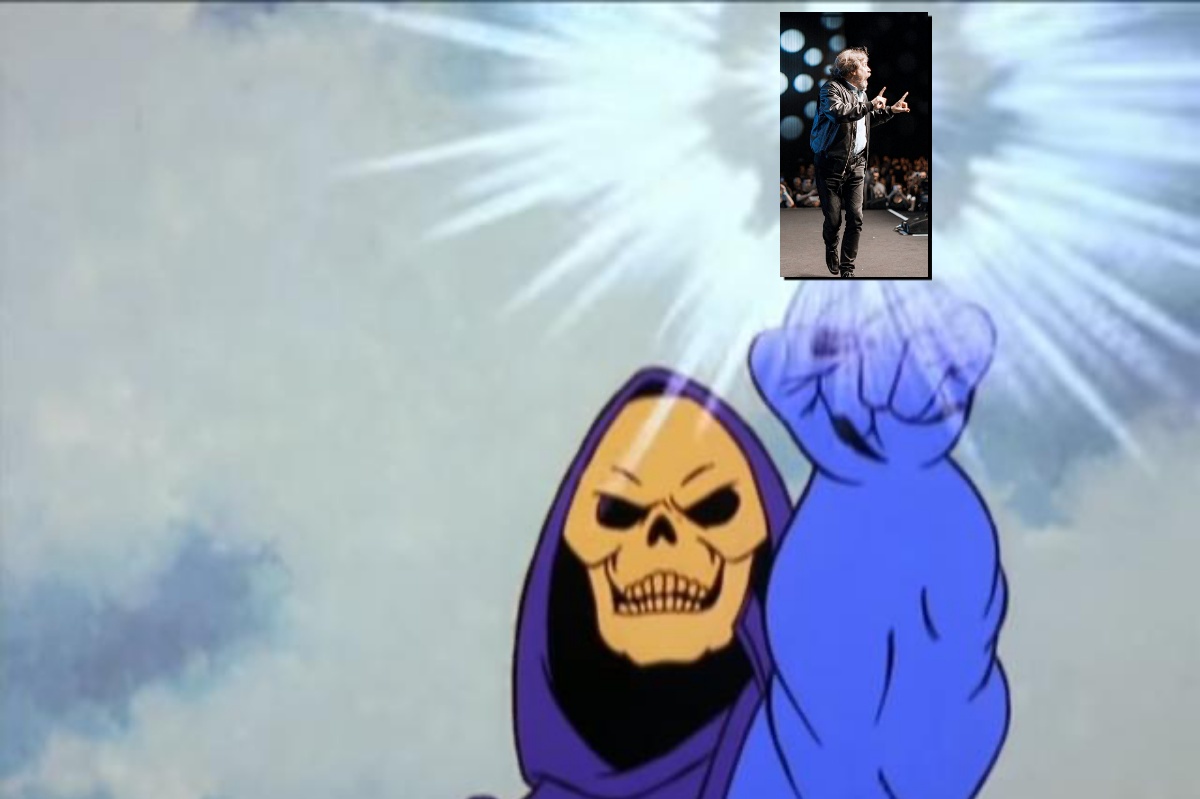 Netflix’s Geek Twitter account just shared the cast for the upcoming Masters of the Universe: Revelation reboot of He-Man from nerd director and creator Kevin Smith, and honestly, we do not deserve any of this.

The cast of Masters of the Universe: Revelation is POWERFUL! pic.twitter.com/c2JSMuBSRD

That’s right, Mark Hamill is Skeletor. Whatever has happened to make us worthy of this kind of casting, I thank you. We are also getting Lena Headey, Sarah Michelle Geller, Alicia Silverstone, Phil LaMar,  Tony Todd, Kevin Conroy (Hamill’s iconic Batman costar!), and many others.

What we know so far is that it will be a sequel to the original 1983–85 series and it will be headed by Kevin Smith. It’ll be “a new series telling the epic tale of what may be He-Man and Skeletor’s final battle.” I think that

The war for Eternia begins again! Superstar director Kevin Smith continues the original series’ story right where it left off in Masters of the Universe: Revelation, a new series telling the epic tale of what may be He-Man and Skeletor’s final battle. pic.twitter.com/41rOXjZLtO

While I didn’t grow up with He-Man like that, I have watched enough documentaries about the ’80s and know enough pop culture to be aware of the impact of the show for those who grew up with it like Kevin Smith did. He-Man was one of the most popular shows of the 1980s, and despite being part of the Mattel toys as television brand, I think that if the She-Ra reboot is any indicator of the greatness that can be built on the mythology behind it, then I’m looking forward to seeing what Smith brings to the story in this Mattel/Netflix collab.

“A radical return to Eternia, Revelation is a direct sequel series to the classic era of Masters of the Universe. Featuring fan favorites He-Man, Orko, Cringer and Man-At-Arms, the story pits our heroic warriors and guardians of Castle Grayskull against Skeletor, Evil-Lyn, Beastman and the vile legions of Snake Mountain!

But after a ferocious final battle forever fractures Eternia, it’s up to Teela to solve the mystery of the missing Sword of Power in a race against time to prevent the end of the Universe! Her journey will uncover the secrets of Grayskull at last. This is the epic He-Man and the Masters of the Universe saga fans have waited 35 yeas to see!” (via Bleeding Cool)

Ohhhh, that’s what it was. I HAVE THE POWERRRRRRR 💪🗡 https://t.co/mzHrEFXTOm

By the Power of Grayskull! The @MastersOfficial show we’ve been making with @Mattel and @netflix has a Valentines Day gift for you! LOOK AT THAT CAST! Better yet, LISTEN TO THAT CAST! I have for the last few months and they’re INCREDIBLE! https://t.co/AhPInOSZCl

I’m in this!
Thanks to @ThatKevinSmith https://t.co/tWNEwhWTRp

Are you excited about this news?