Listen. I know I say I cry about things a lot, but that’s only just cause I’m full of the feels, okay? So that being said, you need to know that this new Mass Effect: Andromeda trailer has me in full-blown ugly cry mode.

Since last week, we were told to expect something of an announcement from the fine folks over at BioWare, and seeing as how today is N7 Day (November 7th, get it), it was a fair guess that we would be getting a peek at how Andromeda was coming. Judging by how everything looks in this cinematic trailer, I’d say things are going pretty spectacularly over there.

This is one of our first major peeks into the story of the game. While tidbits have come out about the setting (long after the events of the original Mass Effect trilogy) and the characters (no Shepard), we hadn’t heard anything quite concrete about the whys and wherefores of Ryder, the game’s Shepard-like protagonist.

Now, however, we know a bit more about the premise. From what we’re told by the voice over (performed by the wonderful Clancy Brown), as part of the Andromeda Initiative (which you yourself can join), Ryder set out with many others in the hopes of exploring the farther-flung reaches of space. Something goes wrong, and Ryder is left to be the new “pathfinder,” which I’m pretty sure isn’t just Nissan product placement.

While many of the settings and even the alien races appear familiar, it’s made clear that Ryder and their team are the foreign ones–“We’re the aliens,” someone says in the trailer. The game seems to revolve around this exploration aspect, and of course, there’s more than likely much combat to be expected. After all, you don’t go throwing in an N7-suited character for just any old reason, you know. 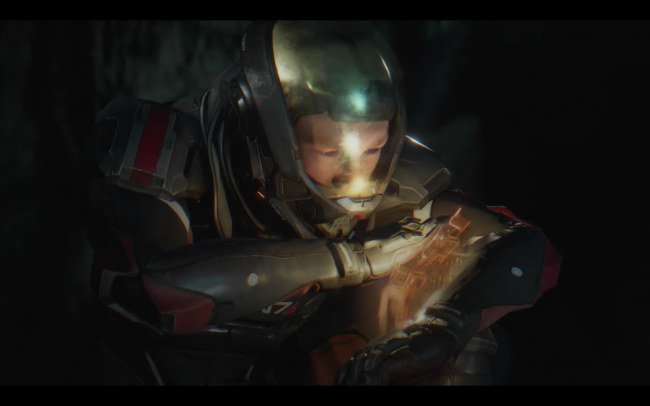 What’s especially striking about this trailer is that it’s down right gorgeous. At the end, it’s revealed that the entire trailer was captured in-game using the game’s own engine–no pre-rendered environments or anything. This is what we can likely expect the game to look like when it launches, and it’s jaw-dropped, let me tell you.

It should also be noted that the Ryder seemingly featured here is the male analogue for the character. 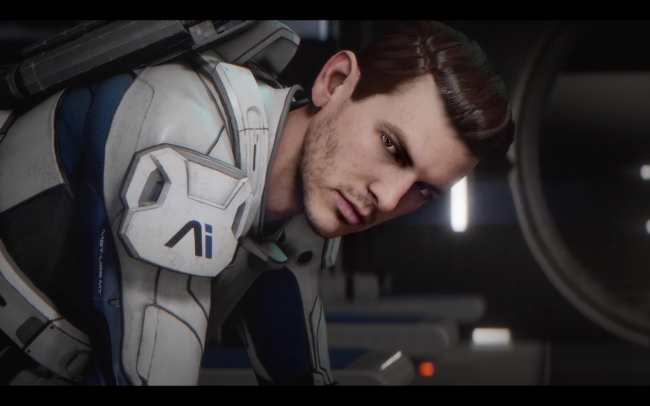 The trailer is edited and cut in such a way that this also serves as something of a reveal for this version of the character, as the original trailer (and most of the promotional materials) showed a female Ryder, who you can see below.

Things are looking pretty promising for Andromeda, and that is some wonderful news. We’ll get our chance to be the new pathfinder when the game releases in Spring 2017.