Things We Noticed in the Mass Effect: Andromeda Gameplay Trailer During last night’s Game Awards, a brand new trailer for the hotly-anticipated Mass Effect: Andromeda was released, so let’s go over it with a fine-toothed comb, shall we?

This particular trailer focused almost solely on how the game actually plays. In addition, it highlighted some of the game’s incredibly gorgeous visuals, which seem appropriate for a game that’s focused on deep space exploration. While many of the systems and things are new, there are still some classic, traditional Mass Effect hallmarks.

For starters, the conversation system is still presented in that radius selection style, and the dialogue options themselves are summarized gists of what you’d like Ryder to say. 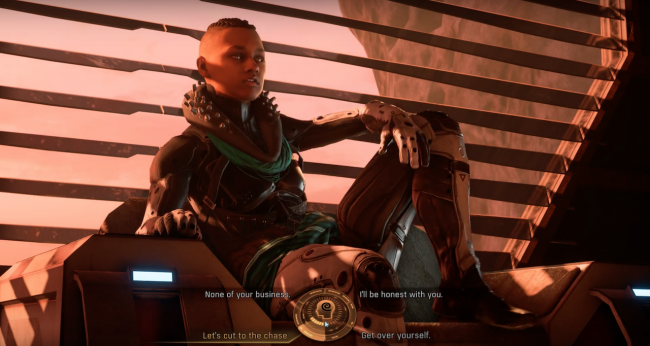 As well, it features the Paragon/Renegade quick-time reaction system, as shown when one colony ruler’s turian bodyguard pulls a gun on Ryder, only to have it turned back on him in an instant. 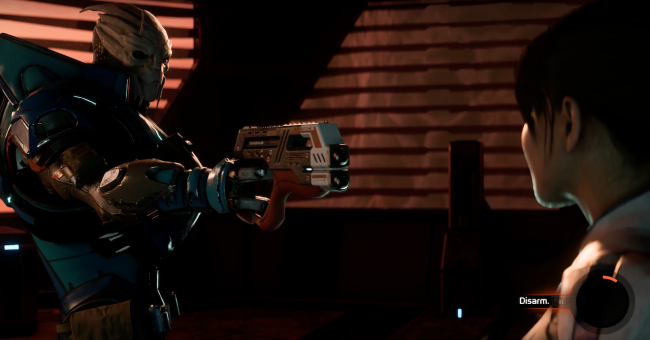 (Also, did anyone else get Garrus feels on seeing that turian bodyguard? I know not all turians are Garrus, but… gosh, I miss my bird space husband.)

There were a few moments during the dialogue section that seemed a bit off, especially if you pay attention to some of the facial animations. Ryder’s face doesn’t seem to express or change too much, especially as she steals the bodyguard’s gun from him. I realize this is almost assuredly still a somewhat early build of the game, and it should be shaken out by launch, but it definitely stood out to me here.

That being said, it’s nice to see that the cinematic style remains a priority for BioWare, and it just felt good to see how even that bit is coming along.

Of course, you can’t have a gameplay trailer without a combat section, and the one shown here is pretty incredible. The lengthiest bit of combat here focuses on what looks like the Vanguard class, because (as you might have guessed), biotics are obviously still a thing, and Ryder’s zipping around like the gosh darn Flash all around this platform. They’ve also got a really neat biotic shield that–if you listen closely–also warps the sound effects around Ryder, which I thought was absolutely neat. 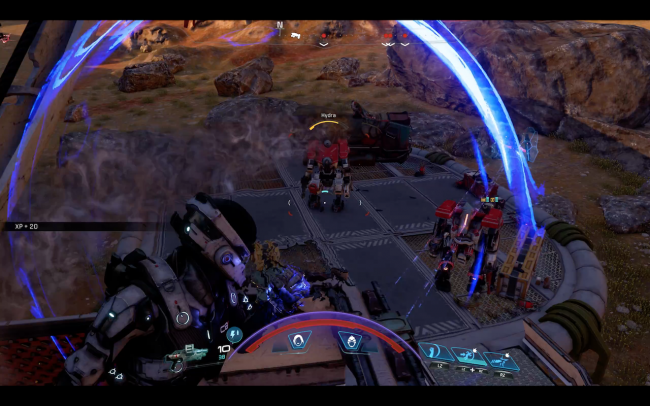 The old ammo system makes a return here also, as Ryder switches to a specialized ammo type to fight the mech units that dropped in mid-battle (as they do).

The Mako (ah, the Mako) isn’t exactly back for this one, so instead we get the Nomad, which, well, still feels and looks a bit like the old, uh, much beloved space vehicle. So, yeah, space/planetary driving is totally back, and good luck trying to flip this one over. 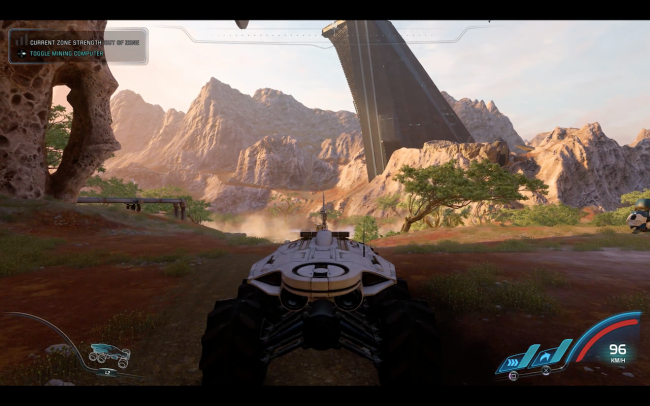 This trailer also offered a peek at Andromeda‘s gear system, and mentioned that you can craft new armor out of the raw materials you find on the ground. While scavenging for materials appears to be mostly the same (find a thing on the ground, press a button to pick it up), they do emphasize that it’ll be an important part of the game. Resources are scarce, they say, and it’ll be up to you to “find, steal, or craft” everything you might need.

The almost five minute trailer is well worth your time, doubly so if you’re even remotely invested in the Mass Effect universe. Be warned, though: we only just entered December, and Andromeda‘s still sitting on a Spring 2017 release date. You’ll suddenly be very acutely aware of how far away that is if you check this trailer out.