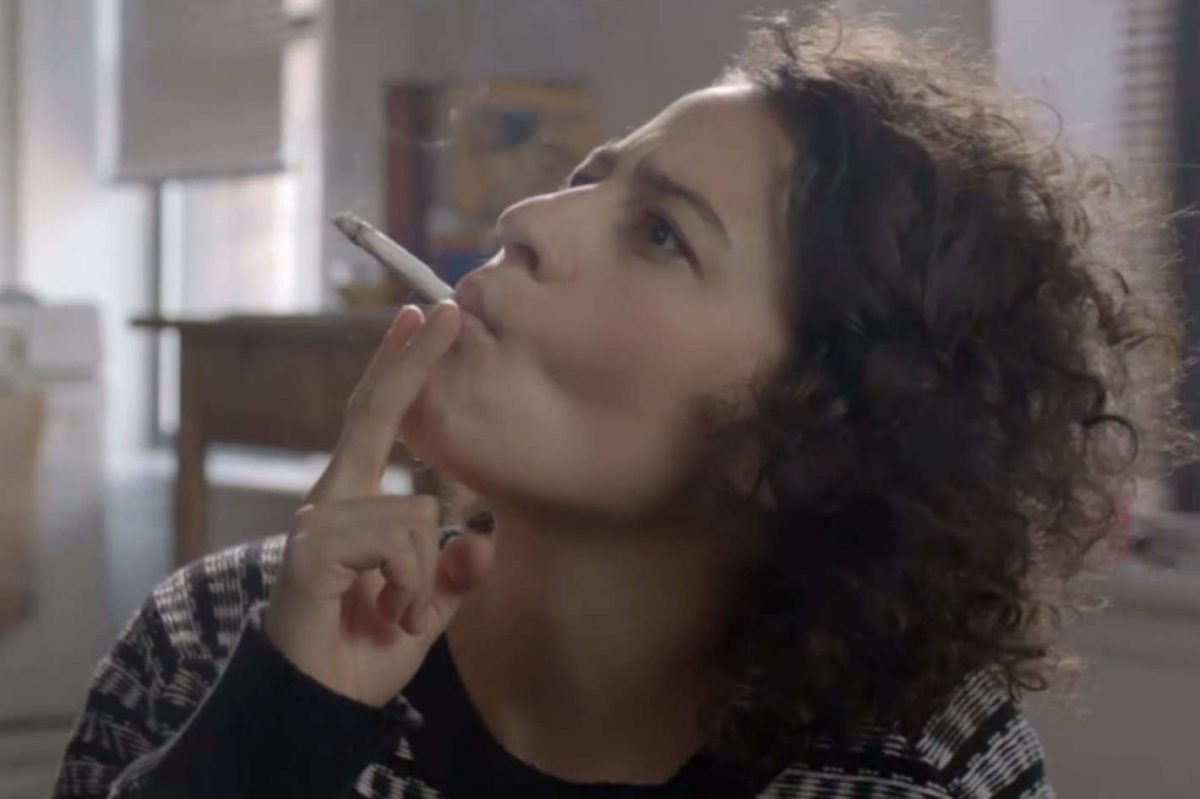 Stoner comedies have long been the domain of men, from Cheech and Chong to Jay and Silent Bob to the myriad Judd Apatow movies. When women do appear in these films, they’re either the disapproving girlfriend or the object of desire. But oh, how times have changed. As recreational marijuana laws sweep the nation, smoking weed is no longer solely the domain of stoner bros. Pop culture is starting to come around to the idea that women toke up as often as men do.

The days of Reefer Madness paranoia are long gone. Most films and television shows will show characters enjoying marijuana with the same casualness and lack of consequences as they enjoy alcohol. Netflix’s Someone Great featured its core cast of women dabbling in vaping and smoking, as have blockbuster female-led films like Girls Trip.

To celebrate 420, we’re counting down our top five favorite female-led marijuana moments in popular culture. So curl up, grab your vape, and smoke ’em if you got ’em!

No list of female stoners would be complete without the patron saints of marijuana: Abbi and Ilana of Broad City. From the very beginning, weed has played an active role in the duo’s shenanigans, making them the most high profile female stoners on television. It’s impossible to pick just one scene, as weed is practically a member of the supporting cast, but highlights include Ilana convincing Abbi to smuggle weed in her vagina (nature’s pocket) or blending up a “firecracker smoothie” to help Abbi recover from dental surgery. And even though the series ended last month (sob!), Broad City will be a beloved re-watch for smokers everywhere.

Peggy Olson Gets High at the Office, Mad Men

In season three, episode three of Mad Men, “My Old Kentucky Home”, we find Peggy Olson (Elisabeth Moss) working away her Saturday on a Bacardi campaign. Instead of working, the men procure some marijuana and start smoking in the office. In a classic Peggy moment, she storms into the office and declares “I’m Peggy Olson, and I want to smoke some marijuana”. It’s yet another example of Peggy forcing her way into the boy’s club of Sterling Cooper, and excelling beyond her peers. Peggy finds a newfound confidence in herself and a great campaign idea. Who says Type A’s can’t enjoy a smoke?

While women smoking weed has become prevalent on television, there is still a lack of female stoners in cinema. The 2007 Gregg Araki film Smiley Face is the first female-fronted weed movie, starring Anna Faris as Jane, a struggling actress who accidentally eats a plate of her roommate’s weed cupcakes. From there, we follow Faris on a trippy journey through Los Angeles, as she struggles to make her audition and come up with the money to pay back her roommate. Along the way, Jane encounters a variety of crazy characters, steals some original Karl Marx essays, and jump-starts a labor dispute at a sausage factory. Faris has never been better, and the hysterical film is 420 must-watch.

The 1980 comedy 9 to 5 is a feminist classic that still holds up nearly 40 years later. The film follows Dolly Parton, Lily Tomlin, and Jane Fonda as a trio of office workers who find themselves belittled and harassed by their misogynist boss. In an early scene in the film, Tomlin’s son offers her a joint to relax, which leads to a delightful scene where the women get high together. As they smoke, they fantasize about revenge scenarios, which include Parton lassoing their boss and Tomlin imagining herself as a deranged Disney princess. If you enjoy Fonda and Tomlin’s smoke-filled shenanigans on Grace and Frankie, this is where it all started.

Girls Trip was not only a smash hit comedy, but it proved to be a star-making vehicle for Tiffany Haddish. Haddish stole every scene as the hard partying Dina, who smuggles weed to New Orleans in her “booty hole”. As female stoners continue to get more screen time, those roles are usually relegated to white women. Girls Trip is refreshing in that it showcases women of color enjoying recreational marijuana without judgement or consequence. More of this, please.

Who are your favorite female stoners in pop culture? Share your picks in the comments!