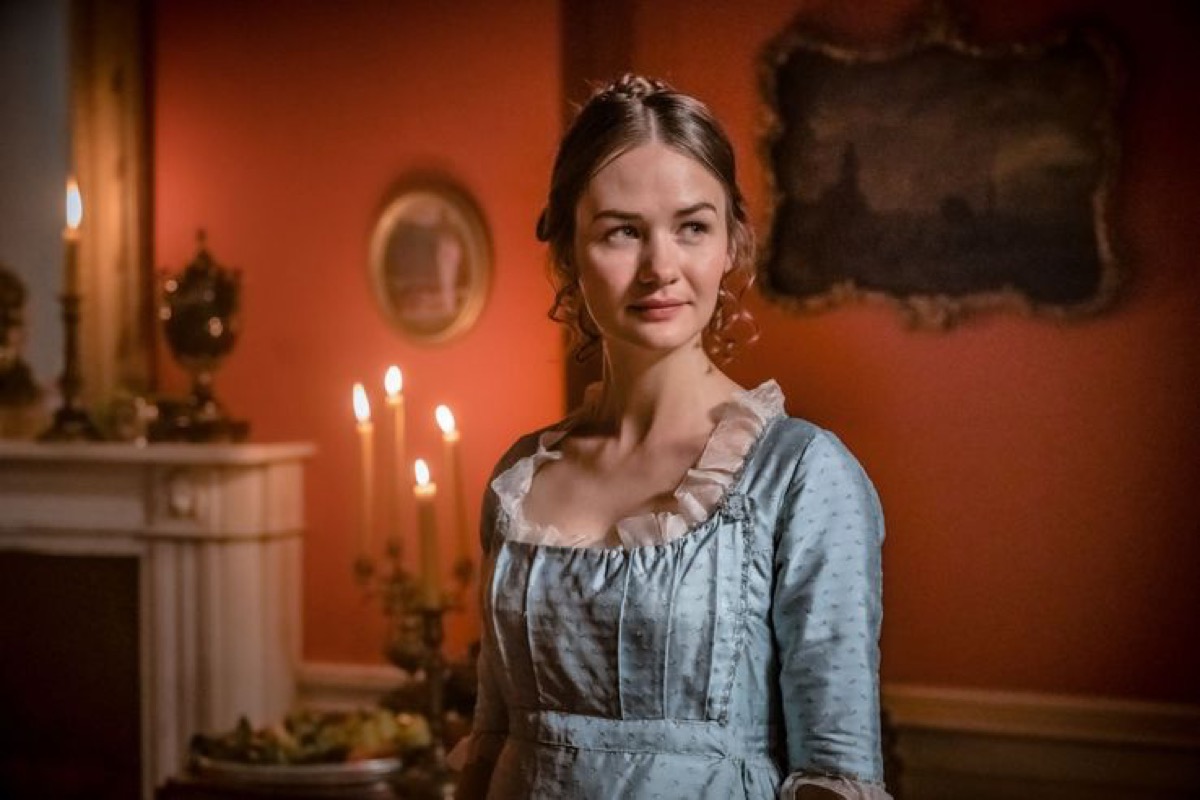 **Spoilers ahead for Doctor Who Series 12.**

BBC’s recent Doctor Who episode “The Haunting of Villa Diodati” has a lot going for it. It trots along at a good pace, it has a creepy new take on a classic monster, and it’s effectively spooky. Admittedly, the idea of throwing Frankenstein author Mary Shelley into the same room as the Frankenstein-inspired Cybermen is a bit obvious, but it’s all good fun. So, don’t take me as being too cynical when I air one major complaint.

This is clearly supposed to be “a Mary Shelley episode.” Once the Cyberman shows up halfway through (or, if you were keeping an eye on leaks, long before that), it becomes clear that Mary meeting the big tin can is the point of the exercise. So … why does she get such little time and attention in the episode? It’s not that she does nothing—she’s the first to twig that something is amiss, for example—but that’s hardly a big hero moment.

This isn’t the first time that the four-person TARDIS team has caused some writing issues. Most other shows can easily handle a core cast of four or more. Brooklyn Nine-Nine breezily juggles seven characters in episodes half the length of Doctor Who. The difference is that Doctor Who, by its format, has to introduce an entirely new bespoke setting in almost every episode, with new characters, to boot.

So, in “Haunting,” we have to introduce all of the Romantics, find something for all of them to do in the plot, and also allow room for the regulars. This is totally possible to do well, but it means that most episodes from 2018 onward are very busy. Earlier this season, the frantic “Orphan 55” had a dozen major characters.

“Haunting” deals with this setup better than most episodes. Writer Maxine Alderton has her background in soap operas and here demonstrates a real knack for getting personalities across in short, sharp bursts and for doing exposition in an easily digestible, entertaining way.

That’s just nuts-and-bolts script-doctor stuff, and it works. The biggest reason that Mary Shelley doesn’t have much room to breathe is that a lot of oxygen is being taken up by her famous husband, Percy. Having gone missing for most of the runtime, Percy is eventually discovered hiding in the cellar with a weakly aspect to him. He’s been possessed by something called the Cyberium, which is essentially the MacGuffin Crystal.

The gang is faced with a terrible choice: sacrifice Percy Shelley or place billions of future lives in danger. In a furious speech, performed excellently by Jodie Whittaker, the Doctor fumes that the past can’t be meddled with, that sacrificing a famous poet like Percy could cause a ripple that changes all time.

Where to start with this? First, it’s deeply frustrating that the climax is all about Percy. You don’t have to argue that Mary was a better writer than her husband or anything like that to recognize that this Doctor Who episode was meant to be about Mary but just sort of forgot what it was doing, like Grandpa Simpson walking into a room and walking back out again.

This sort of thing is characteristic of the Thirteenth Doctor era. 2018’s series 11 rejuvenated the show’s ratings with the first female Doctor and a diverse supporting cast, but gave most of the dramatic material to a white guy (Bradley Walsh as Graham) who’s sad because his Black wife got fridged. The Doctor herself, despite nominally being the protagonist, spent her first season as a nondescript “pillar of hope,” like a statue or something you’d buy in a gift shop. 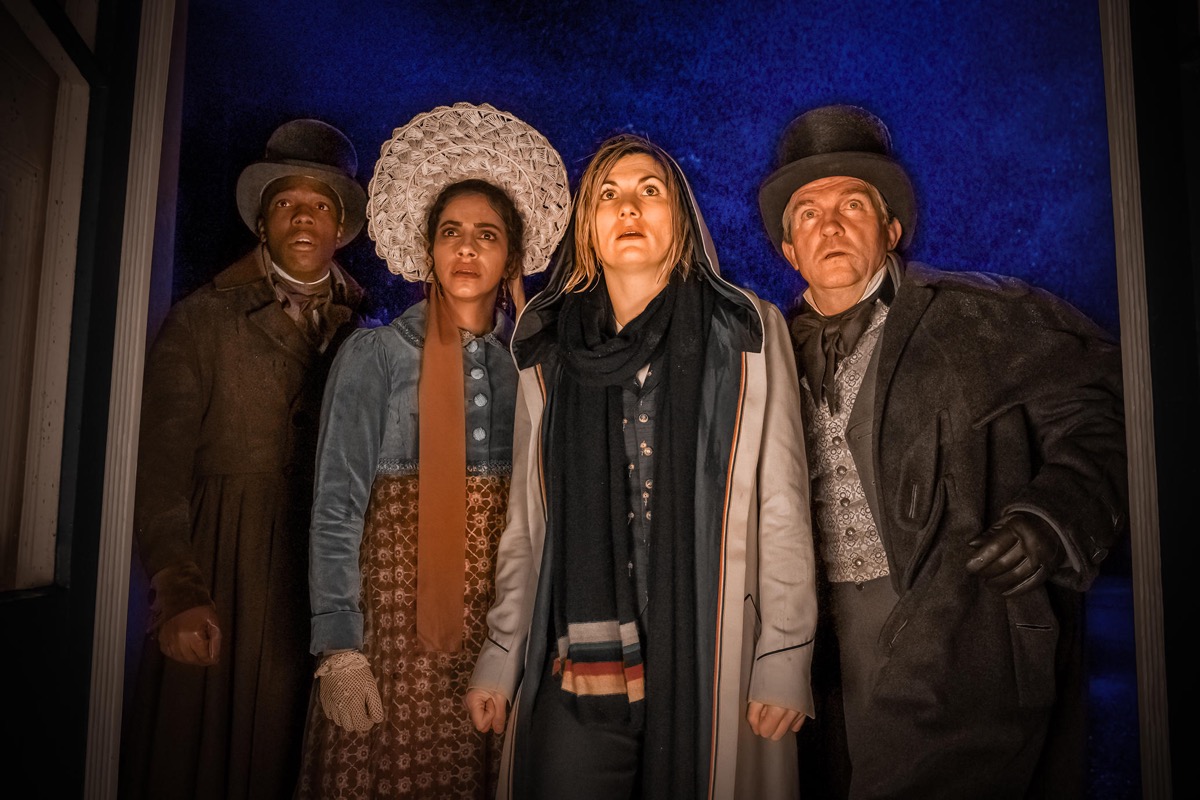 And what’s with this show and Great Men History all of a sudden? If you don’t know, Great Men History is a shorthand for the widely discredited idea that history is created by, uh, great men—that it all comes down to the small number of significant people that shape the world. You don’t need a history degree to recognize that this is hooey. Individuals can impact the world, but huge changes are almost always down to huge numbers of people acting together within a larger societal system.

These finer points are largely lost on Doctor Who, which self-righteously insists that sacrificing Percy Shelley would change the world and that would be unacceptable. This is part of the Thirteenth Doctor’s “no interfering” rule, where she doesn’t allow herself or her friends to meddle with the course of history. The rule works best in 2018’s “Demons of the Punjab,” where Vinay Patel writes it as bearing witness to historical atrocities without imposing your own ideology upon it. It’s a little clunkier in “Rosa,” an episode that sees the Doctor and Co. stage-manage Rosa Parks’ famous bus arrest.

How do you end up at a point where the Doctor doesn’t stop the arrest of Rosa Parks, but does save Percy Shelley? It’s simple: This isn’t about right or wrong. It’s about aesthetics. Percy and Parks are real people, so the show can’t change their real-world fates because it would break the aesthetic rules. The show can’t just kill off Percy because, in the real world, he doesn’t die until much later in life. The Doctor can’t save Rosa Parks because the Doctor is a fictional character.

This is why previous “celebrity historicals” took a more comical, light-hearted tone when the Doctor met Charles Darwin or Agatha Christie: It knew that grappling with the problems of real people’s real lives was outside the show’s scope. For this reason, the best celebrity historical is the one with Robin Hood.

Well, sort of. There’s an obvious sense in which an episode like “Rosa” is much more important and necessary for its social context than the one with Robin Hood. The Thirteenth Doctor historicals follow this train of thought. “Rosa” and “Demons” bring Doctor Who face to face with the human cost of the colonial adventure narratives upon which it is based.

In “The Witchfinders,” King James’ tyrannical hunts touch on a similar idea with misogyny throughout the centuries. The series 12 premiere, “Spyfall,” gave us tech whizz Ada Lovelace and Second World War hero Noor Inayat Khan, both of whom scan as female role models in a Goodnight Stories for Rebel Girls kind of way. A couple of weeks thereafter, Nikola Tesla succeeds Lovelace as a champion of science. And now we have Mary Shelley, the creator of science fiction—except she’s sidelined in her own story.

There lies the rub. As admirable as this train of thought is, the execution is hit-and-miss. I’ve griped about the minor Rosa Parks misstep already. What’s much more obnoxious is the decision to have the Doctor mindwipe Lovelace and Khan at the end of “Spyfall.” Lovelace even begs the Doctor to let her keep her memories, only for the Doctor to force the mindwipe upon her.

The result is uncomfortable, especially if you remember the Series 9 finale, “Hell Bent,” in which companion Clara Oswald declares, “These have been the best years of my life, and they are mine. Tomorrow is promised to no one, Doctor, but I insist upon my past. I am entitled to that. It’s mine.”

Khan’s mindwipe is especially distressing because, in real life, she was captured by the Nazis and executed. The Doctor deletes her memories and leaves her unconscious with only the parting words, “Bonne chance.” Cold! There isn’t a single other episode where the Thirteenth Doctor mindwipes anyone.

Mary Shelley absolutely deserved better. Her husband is considered so important that it’s worth risking billions of lives to rescue him; she’s here mainly for the purpose of a joke about Frankenstein. This is just one more carrot that Doctor Who has tried to peel with a hammer.