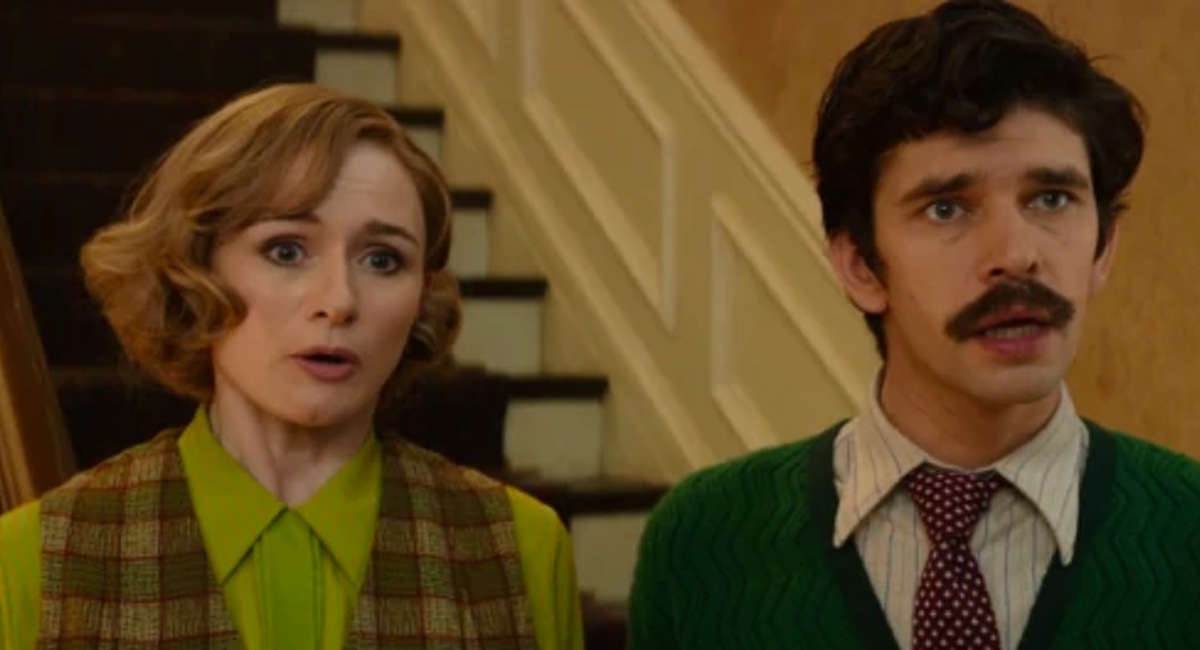 (Spoilers for Mary Poppins Returns will follow, so avoid the edge of the bowl if you haven’t seen the film yet)

I loved Mary Poppins Returns, though this might be because I am a huge sap. I cried for the entire last number because a) Angela Lansbury showed up and b) I am a weeper and happy endings usually bring a good tear to my eye. I left the theater humming, but the more I thought about one particular element, the more frustrated I became.

In the trailers, when Mary first arrives at the Banks household, she says she’s here to look after the Banks children. When one of Michael Banks’s delightful offspring replies “us?” she says “oh yes you too.” The point seems to be that she is here to look after the adult Banks children, Michael and Jane, who she cared for in the first film. However, she spends very little time attending to Jane and all of the time attending to Michael. Now, Michael’s needs seem to be more pressing — he’s about to lose the family home after all, and he’s got the requisite dead wife — but we never learn if Jane needs some help.

Jane was my favorite of the Banks family in this film. Much like her suffragette mother, she’s a feminist and activist, working as a labor organizer during “the Great Slump.” She’s a pants-wearing, warm person, played delightfully by Emily Mortimer. She even gets a small romantic subplot with Lin-Manuel Miranda’s Jack, a lamplighter who says he respects all the work she’s doing for guys like him.

I adored Jane. But she’s given very, very little to do outside of being a supportive sister to Michael and a possible love interest for Jack, despite being far more interesting that Michael, who’s following his dad’s footsteps and working at a bank to support his family. The interesting parts of Michael’s character, such as him being more of an artist than a banker, are sidelined in favor of him being a sad dad. Which is all very well, but we’ve seen many a sad dad before.

Jane would have been a more unique protagonist. Even though Mary Poppins is the titular character and hero, the emotional arc of the film belongs to Michael and he treads a fairly familiar path. If the story had centered on Jane, a newly single mother and activist who has thrown herself into social justice to cope with the loss of her husband, it would have been a fresher story. Mary and Jane could have actually had a full conversation about something other than Michael, or a conversation at all.

It would have been nice to give her relationship with Jack more depth. The pair is charming together, and I would have loved to see Miranda and Mortimer bounce off each other more. It could have been an interesting moment to have their relationship be a bit more central to the plot, which would’ve given Jack a bit more to do outside of being Bert 2.0. He could have talked about his working conditions, or been a bit of an activist himself, which would have given them more in common.

Overall, I really enjoyed Mary Poppins Returns. Emily Blunt was practically perfect in every way. The costume and set design were stunning, and I actually quite enjoyed the music. But I wish the film had switched points of view and made Jane the protagonist of the story. It would have been a nice shake-up and would have made this a bit more of a feminist film, rather than centering the story on yet another man who needs to learn to embrace his inner child.

Towards the beginning, Michael takes out a box of trash that has the kite from the first film in it, as well as his mother’s old “votes for women” sash. It was a small moment, barely touched on by the film, but it signified the way this generation’s Poppins viewed women as activists in a way. They’re Easter Eggs in a way, but not central to the plot and something to be sidelined. As much as I wanted to adore the new film, this is a sour note in an otherwise lovely song.