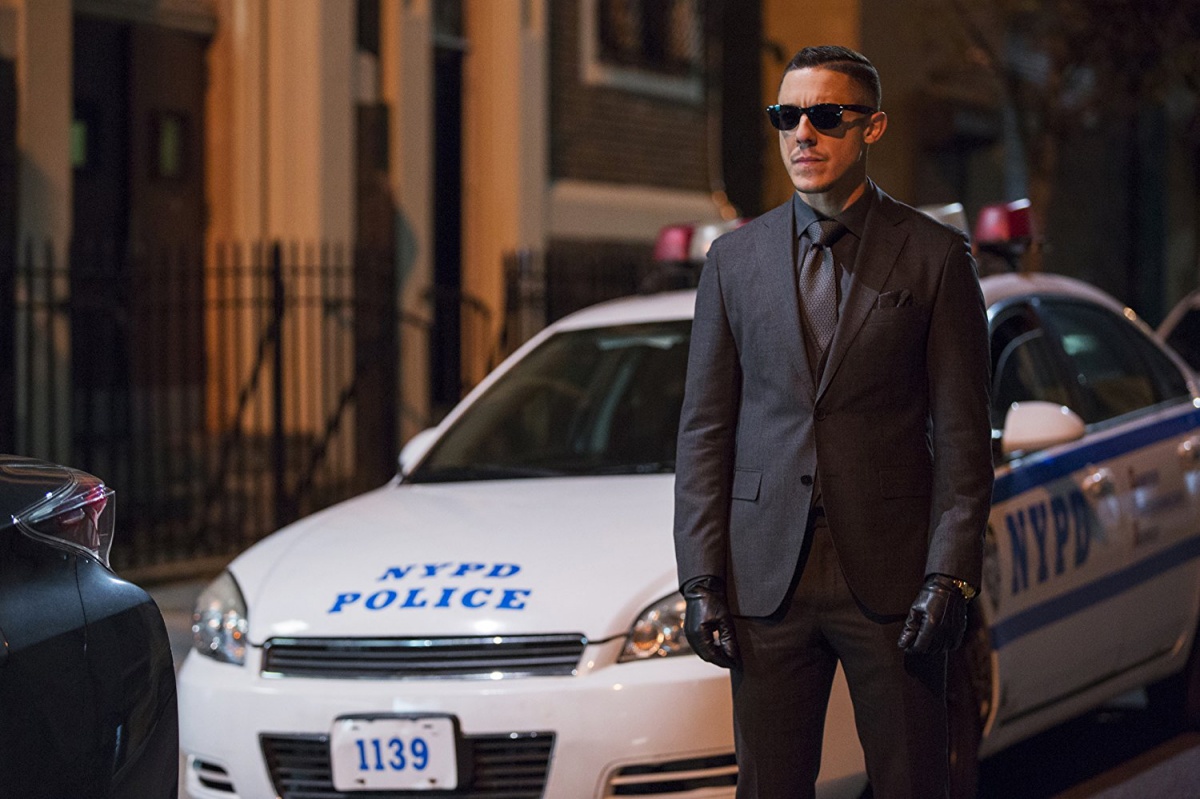 This season of Marvel’s Luke Cage knocked it out of the park in a lot of ways, but none more so than the development given to Theo Rossi’s Shades.

Last season, the former Sons of Anarchy star was pretty much a bland character. While showrunner Cheo Hodari Coker did say he thinks of the character as a sociopath, he just more so came off as Mariah’s lover-boy/lacky. Thankfully, he got more depth be reintroducing the character of Darius “Comanche” Jones played by former NFL player Thomas Q. Jones.

Comanche, for those who may have forgotten, was Shades’ partner-in-crime at Seagate prison where they came into conflict with pre-superpowered Luke Cage. Newly released from prison, Comanche becomes Shade’s right-hand man and there is some real tension between Comanche and Mariah. At first, I assumed that Comanche wanted his friend to be in charge, and then when it is revealed that he was a snitch, I thought that was that.

Until episode six, “The Basement,” where it is revealed that they were lovers in prison as well as being childhood friends. While Shades has processed their relationship jail as one of comfort in a dark place, Comanche makes it clear that who was in prison wasn’t a cover it’s who he is.

Comanche: We are more than that. Or did you forget that shit, too?

Shades: Inside was inside. Lack of human interaction. Lack of trust. We did what we had to do to keep from going crazy.

Comanche: We didn’t have to do shit. I wanted to. You did, too.

Shades: Life inside is inside. Prison has its own set of rules that no one in the outside world would ever understand. We’re out now. It’s different. I’m different, we’re different.

Comanche: I ain’t different. Inside, outside; I am who I am, B.

Shades: What do you want me to say?

Comanche: Come on, man. Cat’s out here getting their heads cut off. Maybe we survive, maybe we don’t. I’m just saying how I feel.

Shades: I would die for you, Che. That’ll never change. But it is what it is.

This was huge. In speaking with Coker, he said that their relationship came up organically and that in prison and blaxploitation films there is always this trope of “M.O.B” money over bitches. Men see each other as family, where women are accessories of power. The Comanche and Shades romance was an update of those tropes done in a way that brings dignity to them both. Also, the two of them do have a genuine friendship and love for each other.

While Shades does kill Comanche in episode seven, it is not because of homophobia or because he’s choosing his relationship with Marian over his relationship with Comanche. It’s because in the gangster world, snitching is a death sentence and Shades, who can usually stay ahead of everyone, allowed his love for Comanche to blind him to the fact that his best friend, his lover, could be a snitch. And that’s what he can’t allow. Not his love for Comanche, but the blindness it gave him and how Comanche manipulated that.

Moreso, Comanche’s death haunts Shades throughout the rest of the season. Misty in her interrogation claiming Comanche was just a thug to Shade brings out the most emotional reaction out of him we’ve seen.

For me what makes this not a typical case of “bury your gays” is that Comanche isn’t being punished for being gay, him being a snitch was a set up for death before we even got confirmation about his sexuality. Moreso he isn’t killed after sex and again, Shades does not kill him because of his own sexual hangups.

Do I wish we got to spend more time with Comanche/Shades? Yes. Am I said he is dead? Yes. But is it a nuanced portrayal of two gay men of color in the criminal world? Absolutely.

Much like The Wire did for Omar Little, Luke Cage‘s Shades offers us another image of what a gay/bisexual man can look like. That they can be badass gangsters, without being hung up on their sexuality, they can love their partners, but still, stand by the code of the streets.

What did you guys think of this storyline in the show?