A Few of the Truly Wild Ways Marvel’s What If…? Animated Series Could Go

Killmonger in Wakanda, Thor as a Frost Giant, and a very different Snap are all possibilities ... 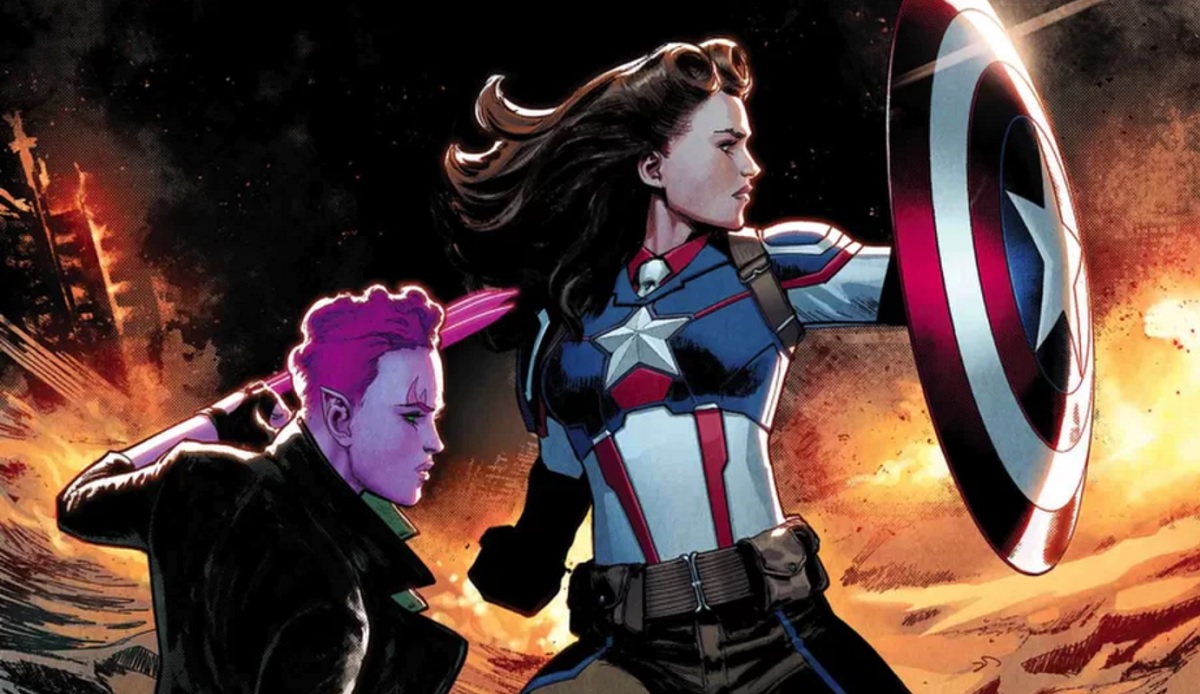 Marvel’s What If…? will be the first animated series produced under the Marvel Cinematic Universe banner, and it’s going to blow our minds. Narrated by The Watcher (voiced by Jeffrey Wright), the series will explore key Marvel moments that happen a little differently than what we saw in the films. We know the first is that Peggy Carter gets the super soldier serum, making her the Cap we know and love, but that leaves the rest wide open.

Marvel revealed that many of the original actors would be returning to voice their characters, which means the possibilities truly are endless. We’ve got a few ideas though for what we want to see when the show debuts in the summer of 2021, from a Killmonger-centric episode to a role reversal for Thor and Loki.

I was seated too far from the screen at the Comic-Con unveiling to really see every name that was announced to be returning for the series, but one jumped out at me in particular: Michael B. Jordan will be returning. It wouldn’t surprise me if we get an episode where Killmonger and T’Challa grow up as cousins in Wakanda, rather than King T’Chaka leaving a young Erik behind. Seeing Killmonger as a more heroic character would be interesting. Would his approach be more like Nakia’s, having spent time outside Wakanda’s borders, or would he still advocate for violence? Would he potentially be the Black Panther?

Another royal switch we could do is one in which the Frost Giants win their war with Odin and adopt Thor into the royal family. So much of the Thor/Loki conflict stems from Loki feeling unworthy and sidelined by his regal adoptive brother, so to flip that on its head and to put Thor into the role of outsider would be deeply fascinating. Imagine the royal drama of it all.

Similarly, one other short could be Hela being around when Thor and Loki were growing up. With the burden of the throne taken off of both of them, could the events of The Avengers have been avoided altogether? Would Thor and Loki have been forced to team up to fight their sister when they were younger? Again, the possibilities are endless.

I would also love a reverse Snap, where the Avengers who survived Infinity War are the ones who were turned to dust, and the ones who were dusted must team up to find a way to stop Thanos. Would time travel still be involved, or would they find another way to save the day? Could the day have even been saved—after all, Tony Stark’s sacrifice was the one-in-fourteen-million chance that Doctor Strange saw. I want to know what would’ve happened on another path.

There are so many possibilities for the What If…? series, and I want to explore them all. What stories do you want to see explored? What weird AUs do you want to become canon in some multiverse? Let us know in the comments!