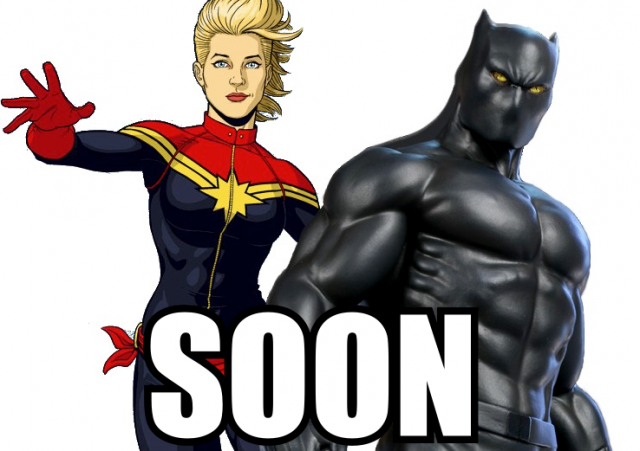 As moviegoers settle in to the end of Marvel Entertainment’s “Phase Two” next year with Avengers: Age of Ultron, the biggest question on everyone’s mind is when we’re going to see a new hero who’s not another white guy (not that there’s anything wrong with you fine gents, but everyone else would like a turn, please). Sure, Kevin Feige has talked about the possibility of including Captain Marvel or Black Panther, but considering that Ant-Man and Doctor frlippin’ Strange are getting their own films before Danvers or T’Challa are even mentioned, more and more it’s starting to feel like our desires are falling on deaf ears.

But take heart, diversity-minded Marvel fans! At least we know there are some characters the studio probably aren’t going to touch any time soon. Probably. Black Panther and Captain Marvel will totally end up in a film before any of these (mostly) heartwarming weirdos. Well, at least… we hope. 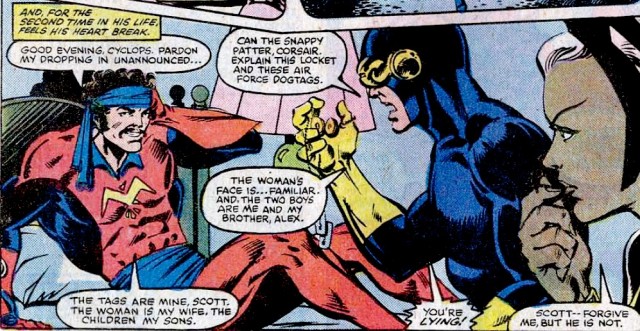 Who he is: Christopher Summers was a United States Air Force Major and test pilot for NASA who was kidnapped, along with his pregnant wife, by a starship from the alien Shi’ar Empire. His wife, of course, was more or less fridged, and he continued on against the Shi’ar as the leader of a space pirate team called the Starjammers, leaving his orphaned sons Scott and Alex to fend for themselves back on Earth. Yup, that Scott Summers. This explains so much.

Why he won’t appear soon: Corsair is closer to the X-Men universe than he is to anything the Marvel films have done do far, Quicksilver and Scarlet Witch included; after all, he’s father to three different mutants and even appeared in the ’90s animated series. But even if they did want to throw him into the Guardians of the Galaxy sequel as an easter egg, his origin story is just a little too close to Star-Lord’s, what with the whole “being abducted by aliens” thing.

Why he could still appear anyway:  Carol Danvers does become a member of the Starjammers as well in Marvel Comics continuity (though as Binary, not as Captain Marvel), though, so he could possibly emerge as a secondary character if Marvel chose to make her story a little more galactic.

Also? His name is Chris. We know Marvel loves a good Chris.

Who he is: Marvel’s very first, much-dummer version of The Flash. Robert Frank was an “adventurer” who developed super-speed powers after being bitten by a snake and given a transfusion of mongoose blood. He fought alongside Bucky, Captain America in World War II and even briefly served some time with the Avengers before dying of a heart attack in the middle of a fight against the supervillain Isbisa. Guess super-fast arteries aren’t worth a damn if you’re just going to clog them up, huh.

Why he won’t appear soon: They’ve got Quicksilver already. How many superfast dudes do they need?

Why he could still appear anyway: He did die believing Quicksilver and the Scarlet Witch were his children, so if the films wanted to remove any trace of Magneto for legal reasons, they could very well make the two… “miracles” (definitely not mutants, no sir) into his kids. 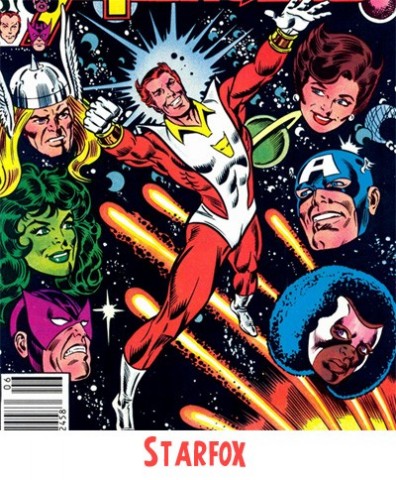 Who he is: You know that girl in the first few seasons of Misfits whose touch causes people to feel an instant and often frenzied sexual attraction to her, and how the show paints that as something that’s actually terrible? Imagine a male superhero who can do close to the same thing, but is really all about using it pretty much constantly. That’s Eros of Titan, brother to Thanos and of of the infamous Eternals. He has other powers too, of course, but seduction, emotional control, and “pleasure stimulation” are the ones which get him in trouble the most. She-Hulk even took him to court one time for sexual assault.

Why he won’t appear soon: In addition to probably causing a lot of confusion among those of us who remember the ’90s Nintendo series of the same name, the way Eros’s powers have been written recently would open up a giant can of spaceworms that I just don’t think Marvel is wiling to get into right now. After all, there’s a reason Hank Pym will not be the star of the upcoming Ant-Man film, and it’s probably not because the producers think Scott Lang will be more fun.

Why he could still appear anyway: He is the brother to Thanos, and considering the Mad Titan of Death will probably end up being Phase 3’s big bad, Eros could possibly serve as a bridge between the Avengers and the Galactic story lines. After all, he was technically an Avenger before either Carol Danvers. 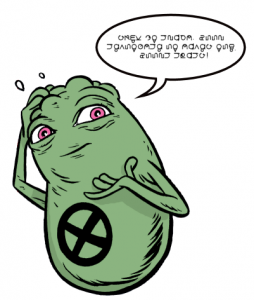 Who he is: Ohhh, Doop. How best to describe Doop? Comparisons to Ghostbusters‘ Slimer comes to mind, but his origin story is so much weirder than “really disgusting ghost.” Instead he’s the product of U.S. Cold War Experiments who was apparently a key player in the fall of the Soviet Union, and his powers include… well, being able to destroy the entire world. Oh, and he’s wielded Mjolnir in the past, sort of. If “wielding” can be interpreted as “absorbed the hammer and then shot it back out at Thor using only his mouth.”

Why he probably won’t get a film soon: Jokes about what a ridiculous concept he is aside, Doop is much more closely linked to the X-men than anything else through his work on the X-Statix (formerly known as the X-Force). It really wouldn’t make all that sense to feature him in a movie without a whole bunch of characters Marvel can’t legally use.

Why he could still appear anyway: “Pfft, no way they’re going to make talking raccoons cool,” we said after hearing about Guardians of the Galaxy. Then, “Okay, okay, but there’s no way they’re ever going to try to make Howard the Duck cool again,” we said halfway through GoTG. All of this these anthropomorphic nonsense creatures have probably been leading up to Doop, is my point. 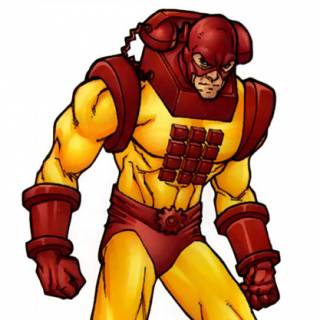 Who he is: The Phone Ranger is probably one of my all-time favorite weirdo comic book characters because look at him. Look at him. Who was phone? PHONE RANGER was phone!

But in all seriousness, the character was originally intended as a one-off joke, and his origin story reflects that: his name is A.G. Bell (uggggh), and he worked as a telephone repairman in New York City before discovering a tiny Whoville-sized spaceship in a phone receiver and replicating the technology to create a super-suit which could connect with any telecommunications system in existence. Eventually he returned during the Civil War arc, though, because of course he did.

Why he won’t appear soon: But if Phone Ranger is the phone, then who’s gonna be there to pick him up when Kevin Feige calls? Also, something tells me that a period film which hearkens back to the time when people still used landlines is not going to be as popular as Captain America: The First Avenger.

Why he could still appear anyway: Because the world is a cold and unforgiving place, and Black Panther is too “complicated.” 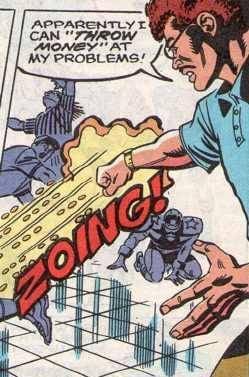 Who he is: Once a mild mannered accountant, J Pennington Pennypacker was transformed when he attended a “self esteem camp” which was actually a front for giving people superpowers. His power? Pelting his opponents with pennies that shoot out of his wrist. In fact, powers on the Comicvine.com wiki are listed as “blast power” and “insanely rich.”

Why he won’t appear soon: Pennypacker was created as a sidekick for a superhero called NFL Superpro (who also will never get a Marvel movie, we expect) as part of a short-lived promotional series. Bro doesn’t even have a costume, and has never been shown interacting with another hero other than Superpro and “The Happy Campers.” Ugh.

Why he could still appear anyway:  Really, isn’t every Marvel film already about the Almighty Dollar?