If you liked it then you should've put a film on it. 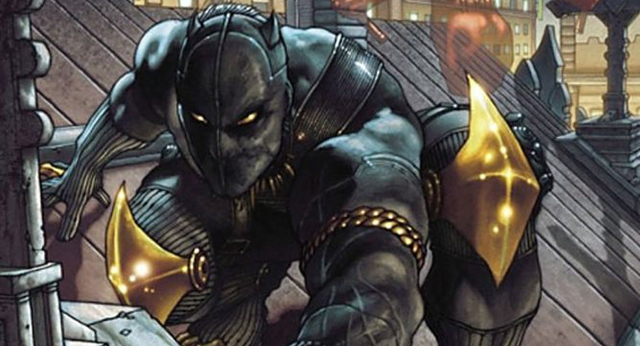 Another day, another bout of PR-speak from Marvel Studios president Kevin Feige about them possibly doing a movie that’s not led by a white guy one day. Maybe it’s that last week was the worst suck to ever suck, and I’m just glad to be out of that, but I’m feeling a little optimistic about his response. What’s happening? Am I coming down with something?

In an interview with IGN, Feige was asked whether Captain Marvel and Black Panther, specifically, are characters whom he might like to “bring to life and give a solo film.” His response: “Absolutely,” which doesn’t much differ from the way he’s previously said “Guyyyys, we totally want to do a Captain Marvel movie. We’re just not right now! For reasons! Don’t be meeeean.”

“They’re both characters that we like, that development work has been done on, is continuing to be done on, and certainly it’s the question I get asked more than anything else, more than Iron Man 4, more than Avengers 3. That’s sort of the first time that’s really happened to us, so I think that makes a difference. I think that’s something we have to pay attention to.”

Yeah, no shit people ask you more about a female- or POC-led movie than Iron Man 4. Because we’ve already had three Iron Man movies. Feige was then asked whether he takes the massive amount of fan feedback into account. (Previous response to the same question: Nah, not so much.)

“Yes. I’ve always said we have our plan, and it’s served us very well, and there hasn’t been anything that has managed to deviate or change from that based on an opinion, because opinions online change and they alter, and they are based on limited information they have to what’s going on behind the scenes, but in this particular case I think it is a groundswell, and I think it means something substantial.”

Reading nuances into Feige’s interview responses is a useless endeavor, because the guy’s the president of a company that’s notoriously secretive with its movie plans. He does press junkets all the time. Dude knows how to say things without saying things. That said, I’m all about useless endeavors, so: Maybe I’m being naïve, but this response seems more positive to me than what we’ve heard in the past. Like maybe two of those eight untitled films set for release between now and 2019 are Black Panther and Captain Marvel, and they’re just waiting on the “right time” to announce it.

I would contend that that right time is “right now”—seriously, Feige, if you’re doing this, just tell us. You don’t need to drop any details. Just put us out of our misery and let us know so we can stop trying to decode your PR-speak. You have nothing to lose and everything to gain. The internet would explode.