Today’s Weird Marvel News: Doctor Doom is a Blogger and Spider-Man‘s Aunt May Might Lead a Movie 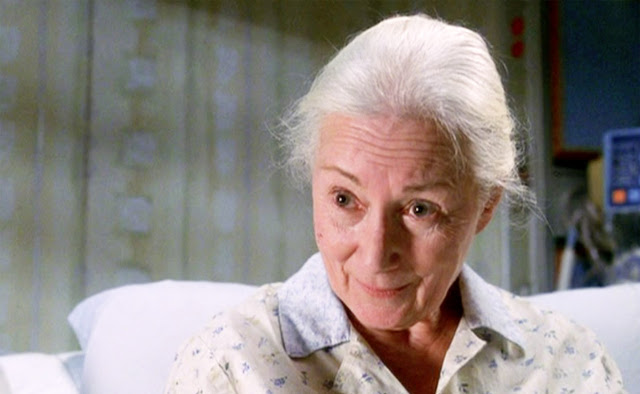 You know, people say that Marvel took a big risk with a movie based on Guardians of the Galaxy, but it’s paid off for them in more ways than one. Sure they have a new franchise with an extra actor named “Chris” and all those piles of money, but you know what else it did? It made all those studios who are still feebly holding onto the filming rights of Marvel characters feel like they have to try risky moves as well, and it all falls apart. Or at least it’s going to, probably, if these little bits and pieces of info are any indication.

First let’s start with the news that comes from (presumably) reputable sources: in a recent interview about Josh Trank’s upcoming Fantastic Four film, actor Toby Kebbel told Collider that his version of Doctor Doom will be a little different than what we’ve come to expect—even in name.

“He’s Victor Domashev, not Victor Von Doom in our story,” Kebbel said, “And I’m sure I’ll be sent to jail for telling you that. The Doom in ours—I’m a programmer. Very anti-social programmer. And on blogging sites I’m ‘Doom.'”

Wow, an ‘anti-social’ programming villain. What a groundbreaking new idea. Otherwise we can’t glean much from the vaguely Russian-sounding name change—there is a Roma population in Russia, but it’s not as if we’re expecting the movie to remember that aspect of Victor’s heritage anyway, as Hollywood tends to neglect the Romani origins of comic book characters as a general rule (coughMaximoffscough). As for the fictional country of Latveria that Doctor Doom rules over as dictator in the comics, it’s hard to say whether it will factor into the story at all. It’s not as if dictators can’t be on the Internet, I guess?

But let’s move on to what we really want to talk about: you know that female-led Spider-Man flick Sony is supposedly working on? There were rumors that it would be a team up of different female characters, but according to unnamed sources from the Latino Review (so take this with a giant grain of salt), there could possibly be a movie in the works about Peter Parker’s aunt May.

May herself is no stranger to superpowers in the comics, as a matter of fact: one time as part of a Hostess promotion, she was transformed into “the Golden Oldie” to serve as Galactus’s herald, and led him to a extraterrestrial baker who made him planet-sized snack cakes. It was immediately retconned into a dream May had, but it happened, America. It happened. 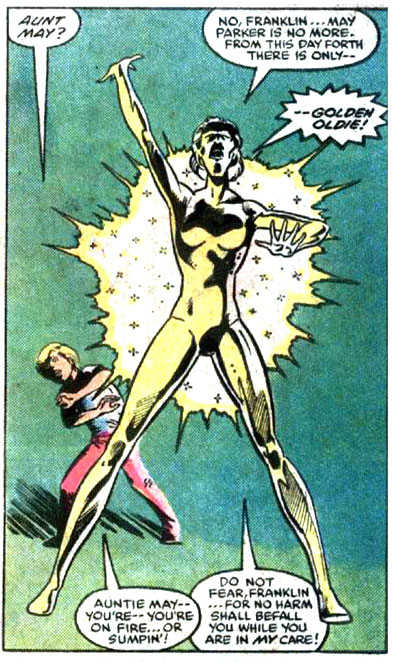 As the Latino Review points out, May Parker also starred in a very poorly received 2003 romance miniseries by Mark Millar called Trouble, in which she was revealed to be Peter Parker’s true biological mother in a series of convoluted plot twists. Sony doesn’t appear to be going that route, but if these rumors are true, then they are planning to make May’s story in to a period piece “espionage”-themed prequel to the Spider-franchise. So… Agent Carter. They’re working on Agent Carter.

I will refrain from writing fanfiction about Sony executives as I am wont to do, but can you even imagine how the studio came to this decision? “Hey, people liked that old broad in Winter Soldier and now they’re making a TV show about her, what if we did that with our old broad! We know we’ve got the rights to her!” Or something to that effect, I expect. Sorry, I still can’t help but picture J. Jonah Jameson as the head of Sony. I’m sure you understand.

(via ComicBook.com and Comic Book Resources)