The Villains of Jessica Jones Season 3 Are White Entitlement Personified 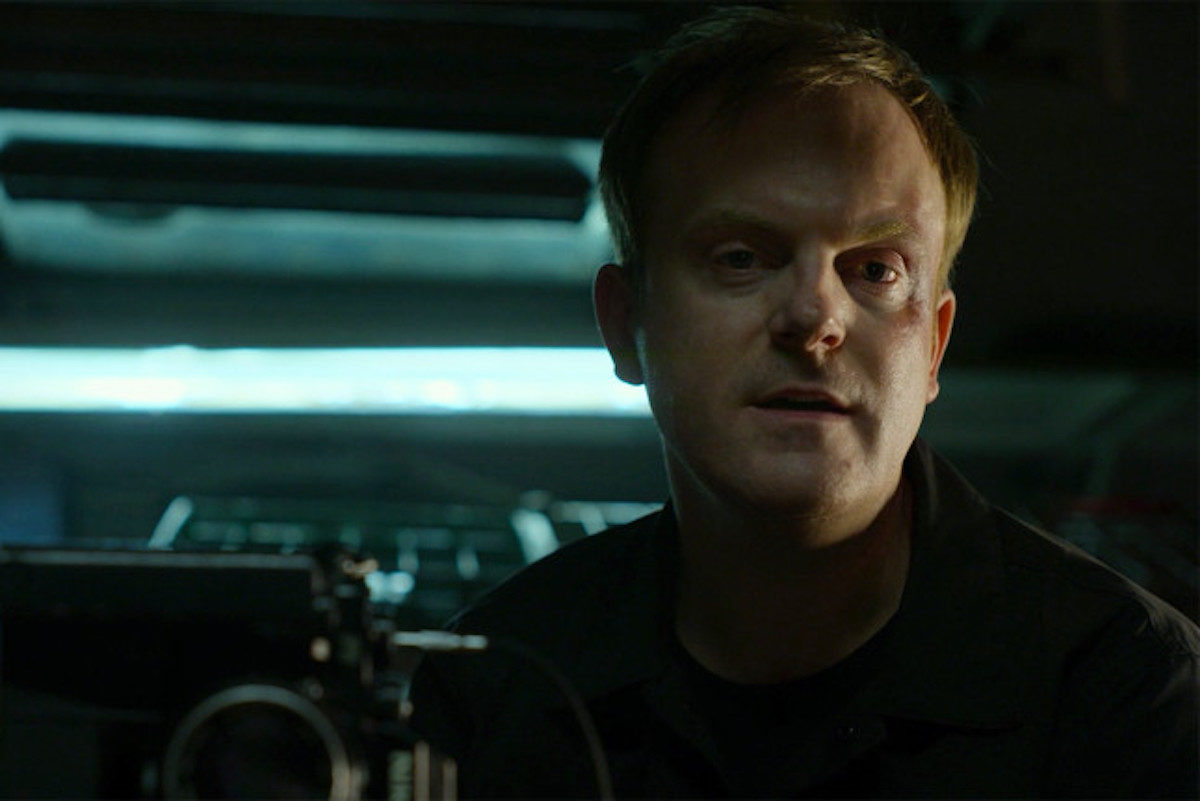 Marvel and Netflix’s Jessica Jones is a show about power. Season one tackled intimate partner violence; season two focused on the parent-child dynamic. The final season that just debuted on Netflix last week is more overtly political in its focus on the rhetoric of imagined white victimhood reverberating through the community and causing harm. This imagined white victimhood is shown through performances of fragile masculinity and white feminism. In particular, Season three’s villains—serial killer Greg Sallinger and “Hellcat” Trish Walker—though not in league, are aligned in their sense of entitlement and violent feelings of disempowerment posited as the real danger.

And speaking of participation trophies? Sallinger’s got one!

“Aww, look at that. Most improved. Bullshit.” Knowing how important symbols of achievement are to this insecure villain, Jessica breaks it. It’s a funny, poignant moment that highlights how dangerous and damaging it can be to internalize the mythology of “bootstrapping” that has clearly warped how Sallinger views the world.

“She doesn’t understand the value of hard work,” Sallinger says of Jessica, who hardly sleeps and has no work-life balance. Sallinger’s rage about “cheaters”—his term for powered people like Jessica—is white, male rage nurtured by the rhetoric of entitlement and imagined white victimhood. Any action that serves to “level the playing field” enrages Sallinger, which is ironic because that’s what he claims he wants to do by killing gifted people. He thinks power is being stolen from him, when it’s actually finally being given to those who have been denied a voice: victims, women, people of color, and the queer community.

Just as Sallinger can’t see past the rhetoric of perceived white victimhood, Trish’s inability to see outside of herself is symptomatic of something similar: white feminism. We see this most overtly in how Trish relates to the people she helps. When she doesn’t get credit or attention, she’s peevish and bitter, that angry she isn’t receiving accolades. When she does get a “thank you,” she’s self-satisfied and smug. “You’re welcome” becomes her catchphrase, and she doles it out like a benevolent savior. 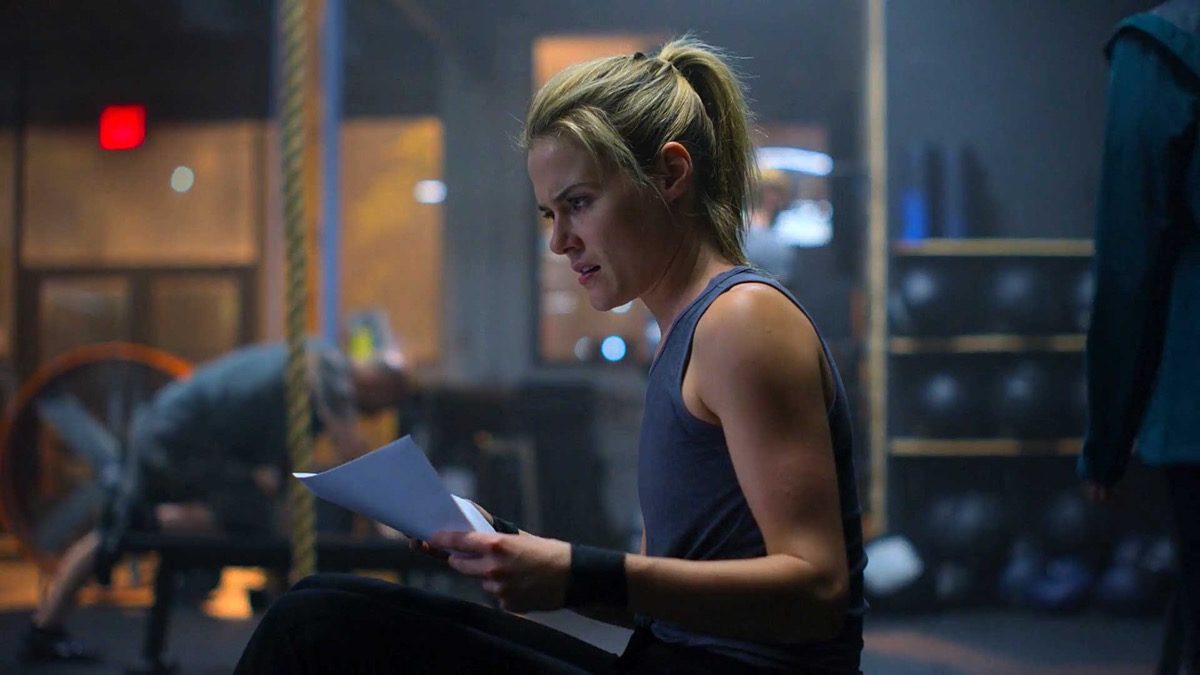 After a traumatic and insecure childhood and problems with addiction, Trish claims she wants to use her power to help others. However, it becomes clear she’s only trying to retroactively save herself from being “pimped” by her mother and tossed around the thankless, fickle world of show business. Trish sees herself as an arbiter of fairness and justice, but she’s just desperate for recognition as something other than a sloppy starlet. She has power and influence. If she wants to affect change as an advocate, she can use her platform and celebrity to amplify marginalized voices, but advocacy is not enough for her. Being a rich, white celebrity is not enough. She feels that she deserves to be special in the way that Jessica Jones is special.

“I can’t imagine what it feels like to have people look at you with hope, respect,” Trish tells Jessica as they work a case together, her face darkening. The respect Trish believes she so justly deserves always seems out of reach—even when she begins to hone her powers and go out on missions. Similarly, Sallinger, who lives a comfortable life because of a settlement, can’t let go of the idea that he also deserves recognition: “You’ll find out what I want: respect. Unlike you, I’ve earned it.”

Sallinger is not a good villain, but that’s the point: He doesn’t need to be. He’s smart, but not as smart as he thinks he is—athletic, but not that athletic. With his boring, jargon-laden psychobabble, New Balance sneakers, and creepy photography hobby, Sallinger is the epitome of a Basic Serial Killer.

“I’m an easy target, a single white male, and she’s this feminist vindicator,” Sallinger says during a press conference, playing up his perceived white male victimhood for “the base,” but he’s not an easy target. His white privilege has sheltered him and allowed him to continue killing. Even the police in his hometown go out of their way to impede Jessica’s investigation out of misplaced sympathy for him.

Similarly, Trish is powered, but she’s not as powered as she thinks she is. It’s not even clear if she’s more powerful than an elite gymnast wearing night vision goggles. She has agility and night-vision but also trains feverishly and watches her diet. Like Sallinger, Trish wildly overestimates her abilities and engages in delusional thinking. When she rhapsodizes about her desire to right wrongs and save people, she becomes wide-eyed and delirious—downright fanatical. 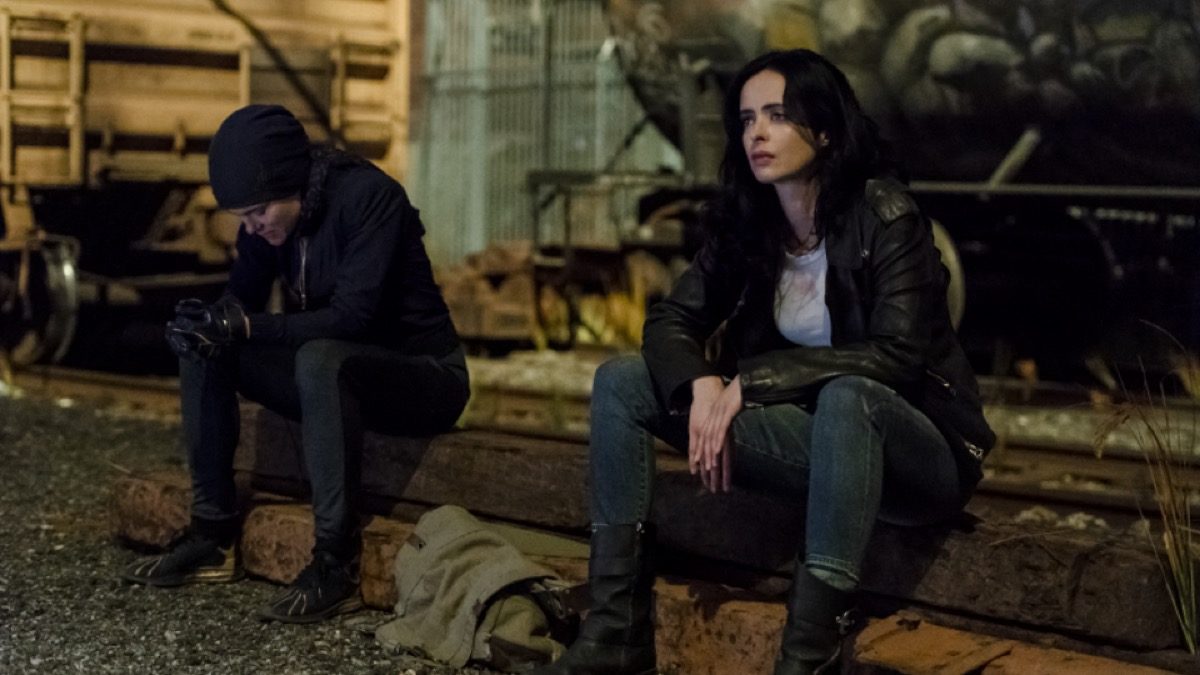 Sallinger has felt entitled to take lives all along; Trish also arrives at that dark conclusion to her journey by the end of Season three, because that’s really where entitlement leads—appointing ourselves as judge, jury, and executioner according to a personal, often twisted sense of privilege. Jessica Jones might not be a perfect superhero; she might be selfish and make mistakes, but her sense of right and wrong comes from the belief that she owes something to society—not the other way around.

Patricia Grisafi, PhD, is a New York City-based freelance writer and editor. Her work has been featured in The Guardian, Salon, Narratively, Vice, SELF, The Rumpus, Bustle, Ravishly, and elsewhere.