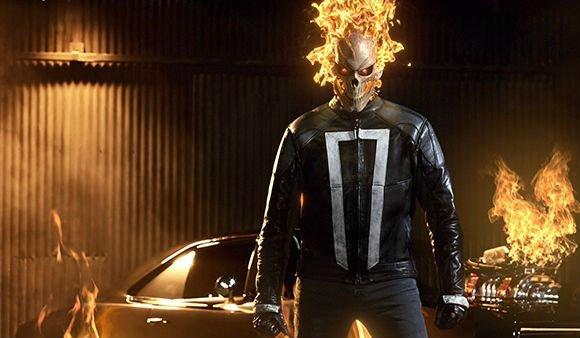 One of the highlights for many fans of Agents of SHIELD has unquestionably been Gabriel Luna as Robbie Reyes, a.k.a. Ghost Rider. After a not-so-great first outing in a film adaptation and its sequel (where the Johnny Blaze incarnation of the character was played by Nicolas Cage), the popularity of the character on Agents of SHIELD has led many fans to begin clamoring for Ghost Rider to take on another adaptation.

Although some are saying it’s time for a new movie, others are suggesting the possibility of Marvel adding another show to the growing number it already has on Netflix. In addition to the four main Defenders who will be teaming up for their overall series, the franchise has already stretched past its original intention by adding a spinoff show for The Punisher after the character proved to be a major draw in season two of Daredevil.

Taking all that into consideration, could a Netflix show be the next logical step for Ghost Rider? In an interview with ComicBook.com, Luna shared the news that something already appears to be brewing:

It’s been talked about, there’s definitely deals in place for that potential. But I just take it one day at a time. I have so much fun now I just want to make sure I get these episodes right. If they throw more episodes on my plate, I will do my best to do well with those stories as well.

Sounds like Luna is happy to play the character as long as he’s permitted to, but he’s definitely not objecting to taking on more. How about you? Would you be open to seeing Netflix’s Ghost Rider?