How Can the Marvel Cinematic Universe Get Susan Storm Right When It Introduces the Fantastic Four? 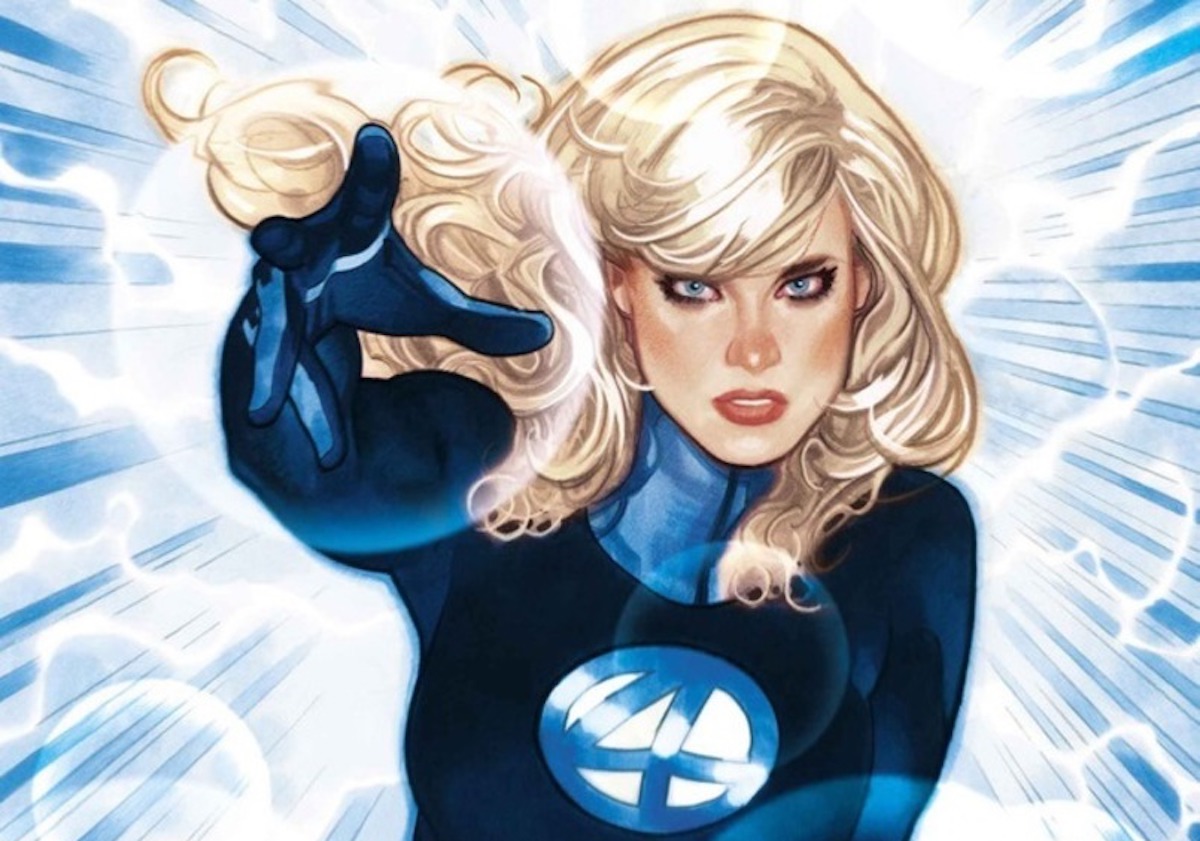 Ever since the Marvel Cinematic Universe announced that it had obtained the rights to the Fantastic Four, Marvel fans have hopeful that they would finally see a good Fantastic Four movie on the big screen. After two decades, we’ve seen three cinematic Fantastic Four movies, all of them flops. While there are many things the MCU will have to do to make a successful movie out of Marvel’s First Family, there’s one specific area that desperately needs attention: the character of Susan Storm, a.k.a. the Invisible Woman.

None of the movies we’ve gotten could ever figure out what to do with Sue. Too many times, the focus would land on Reed Richards and his science experiments, or the comic relief of the Thing and the Human Torch. Sue was usually reduced to one character trait: girl.

Admittedly, this was also a major problem in Sue Storm’s early comic book portrayal, and it was an uphill slog for her to get some real character development. And out of the four, Sue has ultimately gone through the most growth and has come out on the other side as probably the most powerful member of the team. The question is, where did the previous films go wrong with Sue Storm, and how can the MCU do right by her character?

Give Her Purpose and Personality

The 2005 film gave both Susan and Johnny Storm scientific backgrounds—something they were lacking in their comic book debut in 1961. This makes perfect sense. A modern audience would never have accepted the two simply tagging along on a space mission without the appropriate background.

Susan Storm was played by Jessica Alba in the 2005 film and its 2007 sequel—a role that saw her frequently mocked for her lack of believability. But the reason we couldn’t picture Jessica Alba as a scientist had nothing to do with the actress herself, but because of how the movies treated the character, including that she didn’t actually do anything remotely scientific. 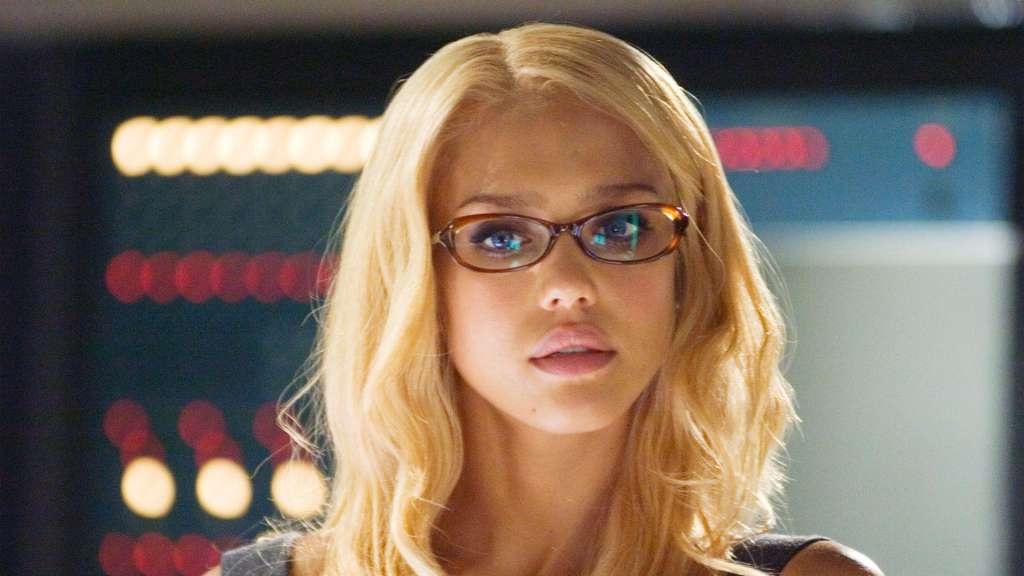 In early scenes, Alba sports a pair of glasses and rattles off some scientific jargon, but after the cosmic ray accident, Sue Storm and science are over. Any and all science-related activities are Reed’s area. Sue is supposed to be a respected genetics researcher, but she doesn’t conduct any research or experiments on their altered states—that’s all Reed. Susan just becomes Reed’s girlfriend whose abilities accidentally render her naked in public. 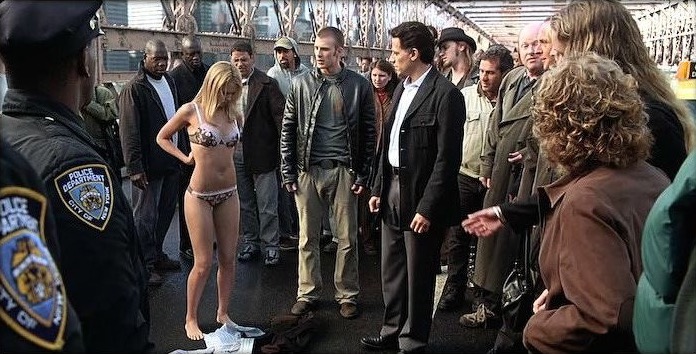 In the 2007 movie, The Rise of the Silver Surfer, no one even mentions Sue being a scientist. She’s too busy planning her wedding, making sure that nothing will ruin her special day. 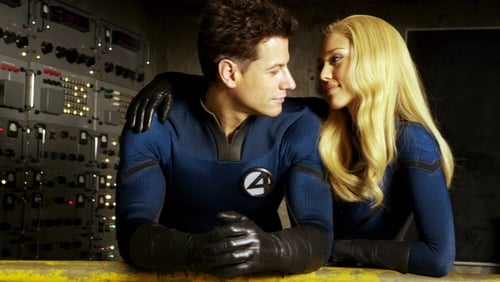 In a later scene, Reed brags that he’s engaged to “the hottest girl on the planet.” Take note that he never mentions Sue’s brains or accomplishments. It’s obvious that the 2007 movie gave up on Sue’s character and decided she was just going to be Reed’s hot, naked, bridezilla girlfriend.

In 2015, we had the dark, gritty, and notoriously awful reboot Fantastic Four, or as it was derisively known by fans, Fant4stic. Here, we had Kate Mara playing Susan Storm. Clearly, the movie wanted to take the character in the polar opposite direction from Jessica Alba’s sexpot Sue Storm. 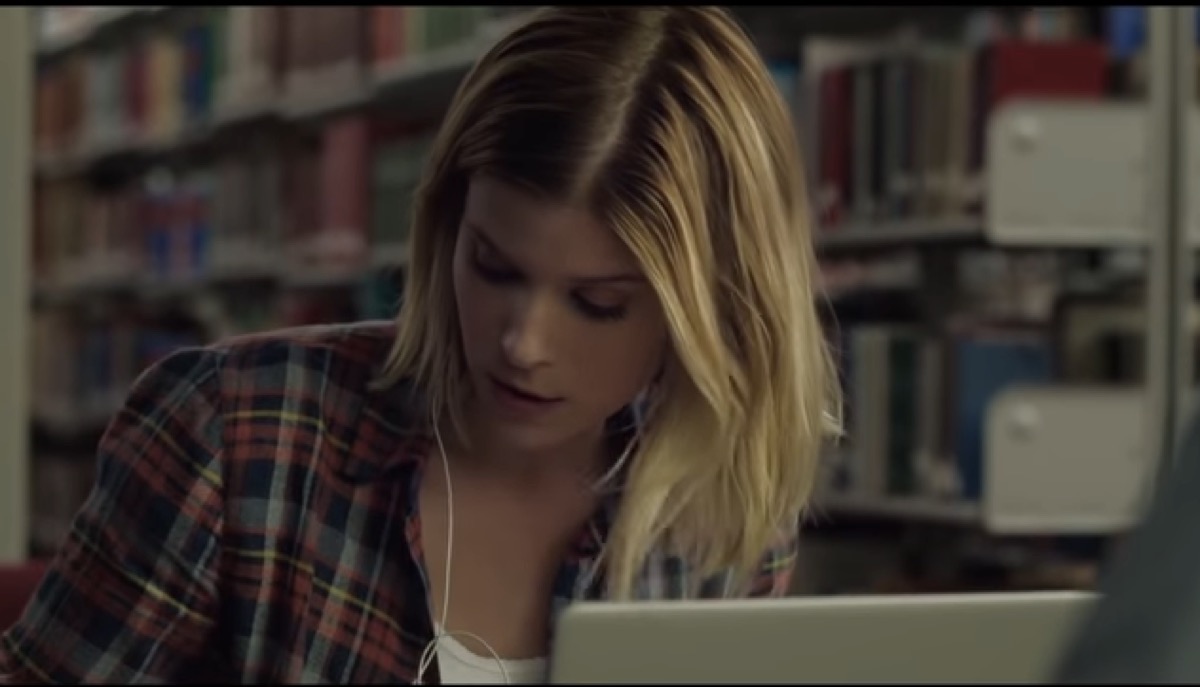 In Fant4stic, Sue Storm is a brilliant scientist, and the movie tries to make her a more active participant. However, it interprets “serious female scientist” as “entirely devoid of personality.” Sue just gets a little quirk where she listens to music whenever she’s working on something, and that’s considered character development. Even when it’s time to go into space/an alternate dimension, Sue is in charge of the equipment while the guys go out exploring. Sue’s one of the lead scientists on the project! Giving her desk duty is an insult.

For an MCU remake, Sue Storm absolutely should be a scientist, but she needs to be a human being, too. First, Sue should not only be an active participant, but she should be Reed’s scientific equal. They should be working together on experiments and research and be actual contemporaries.

But again, Sue being a “serious scientist” doesn’t mean erasing her personality. In the comics, Sue is the glue that keeps the team together. Without her, the team would have fallen apart long ago. And that’s not an easy job. Sue has had to deal with Reed’s absent-mindedness (and dickishness), Johnny’s recklessness, and Ben’s temper, not to mention all the various infighting (physical and otherwise) that regularly breaks out.

She’s had to be practical and grounded, but also sensitive and empathetic. That’s a lot of pressure on one person. Delving into that part of Sue’s psyche would make her a much more interesting, complex character.

However, the last thing Sue needs is to be pigeon-holed into becoming the “Team Mom.” She has to be a peer of equal standing, not the chaperone of three man-boys. The way to counteract this trope would be to either give Sue a few quirks of her own (e.g. It’s Always Sunny in Philadelphia or Brooklyn Nine-Nine) or make the other three equally serious. Giving Sue her own story arc would also give her more development and pull her farther away from the maternal female lead stereotype.

Stop Putting Her in a Love Triangle

From the comics to the films, Susan Storm has been the victim of forced love triangles (both explicit and implied). Obviously, Reed is always supposed to be her number one guy, but for some reason, writers feel the need to stir up romantic drama by throwing someone else into the mix. This was attempted in the earlier comics, first with Ben Grimm and, later, with Namor the Submariner, but both these plot points never lasted long. 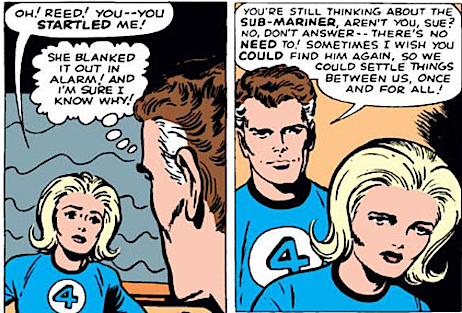 In the films, Dr. Doom was presented as Sue’s alternate love interest. Yes, Sue dated Dr. Doom in the 2005 film—to be fair, this was when Doom was just douchebag-evil rather than evil-evil. I’m not even going to comment on the logic of Sue going out with a guy literally named “Doom.” Even in the 2015 movie, you still had Reed and Doom competing for Sue’s attention. 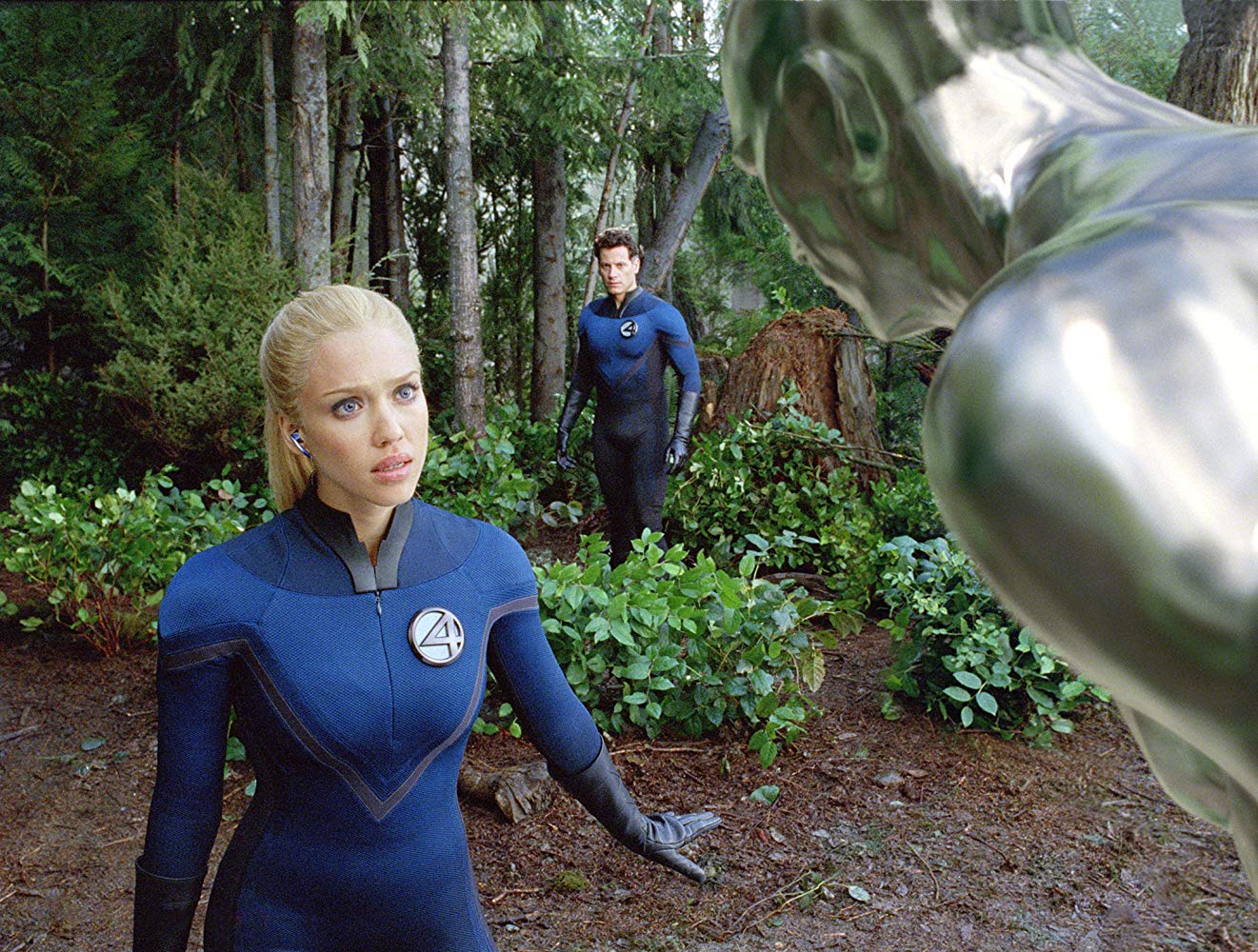 The Surfer told Sue that she reminded him of his lost love, and because she gave him pants feelings, the Surfer decided to save Earth from Galactus’s digestive system. What a great guy.

For a future MCU movie, forget the love triangles. In fact, I say forget the romantic plots altogether. I’m not saying eliminate Sue and Reed’s relationship, but have the two of them already married and eliminate the will-they-won’t-they cliché. Releasing Sue from other romantic entanglements will allow for more focus on her character and free her up to participate more constructively.

Let Her Use Her Powers

In the Fantastic Four’s early comic book years, the Invisible Girl (as she was then known) was the least favored member of the team because fans thought she was useless—and she was, because in the early ’60s, most male writers didn’t know how to write women as superheroes. Sue was relegated to being the damsel in distress who needed her male teammates to rescue her.

Out of all of them, her powers were the most passive: turning invisible. In her earliest appearances, Sue’s most significant contribution was making the team costumes—because that’s something women do, right? Sew costumes and bake cookies? 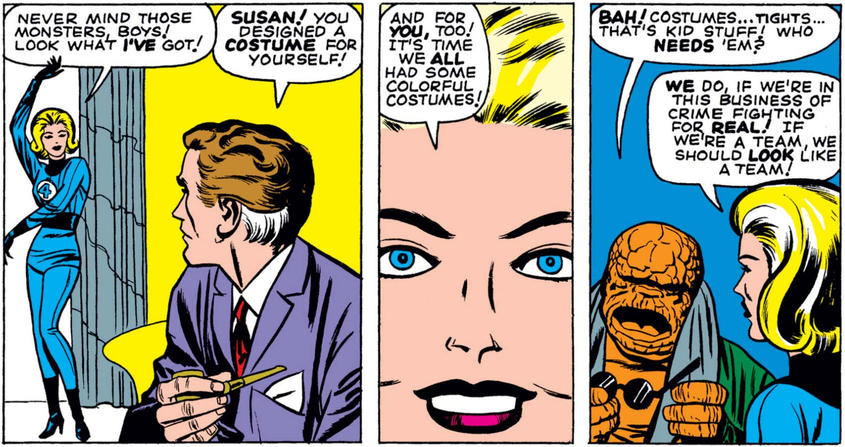 Sue had a long, uphill battle when it came to her character and power development. She started getting more character expansion in the mid-’70s, her turning point coming only after her soul twisting encounter with the Psycho-Man. It was only then that she recognized the extent of her abilities, and changed her name from the Invisible Girl to the Invisible Woman. 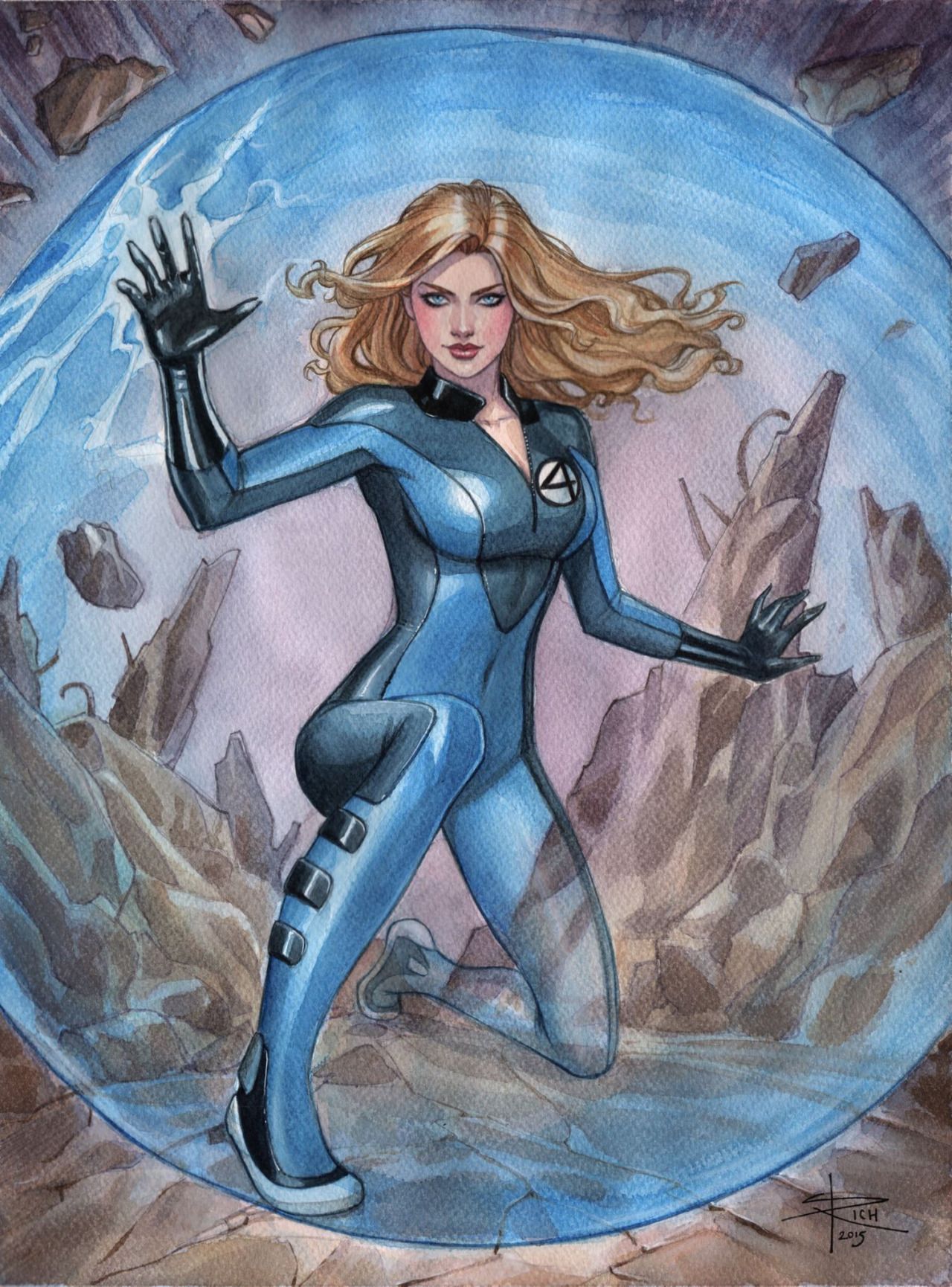 Invisibility is a useful skill, but it’s not the best for combat. Sue’s real power is in her forcefields. Forcefields not only shield her and others from physical attacks, but also psychic ones. In a later issue, Sue was able to protect herself from one of Jean Grey’s telepathic attacks while her forcefield was up. 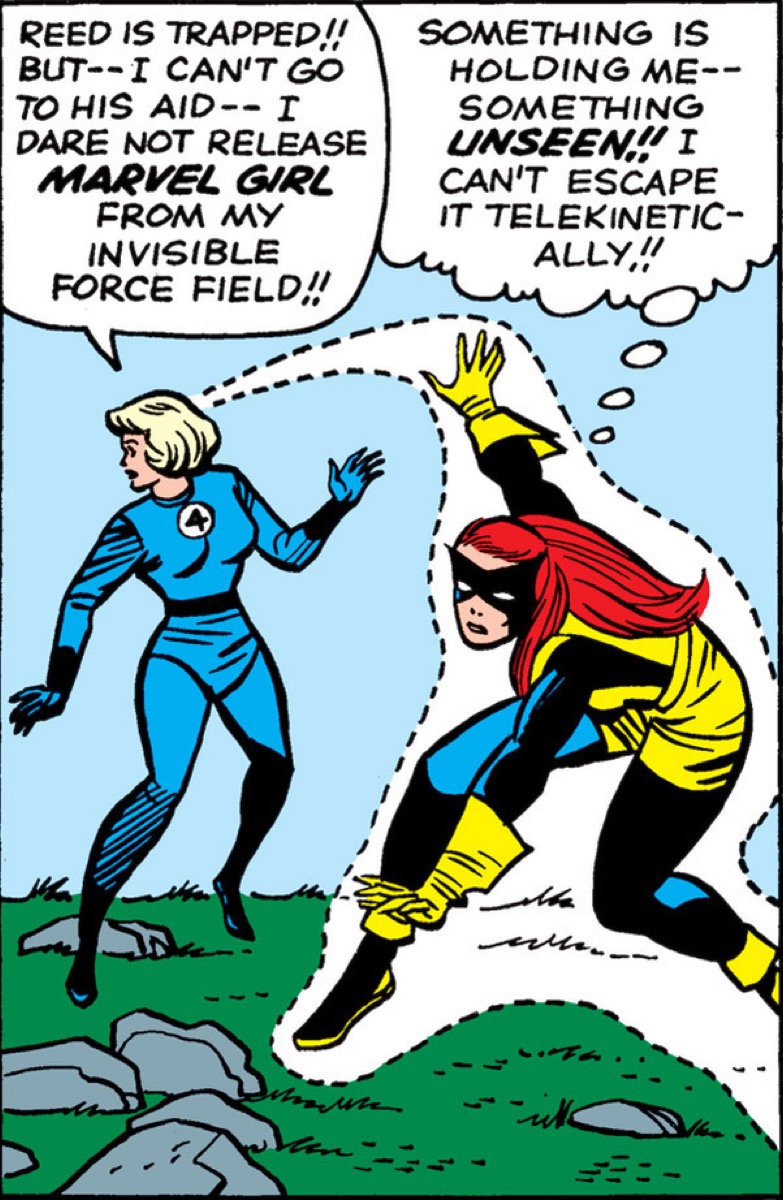 She can also use her forcefield abilities to create any kind of shape or projectile and even create a levitating platform for herself. And, most impressively, Sue can form an invisible construct within another object (living or not), and expand it until it blows the hell up. That is way more useful than Reed’s stretching powers. 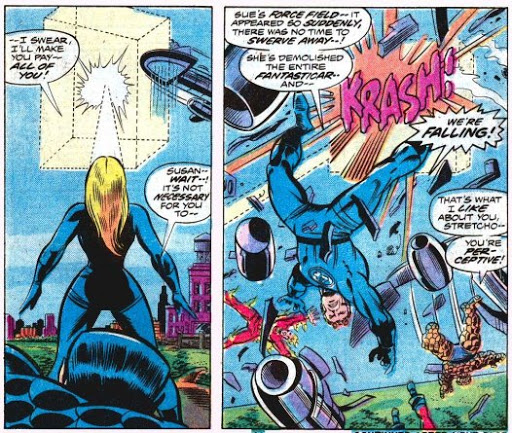 She does have combat powers that have been established by the comics, so let her be the powerful and competent member that she’s shown to be. And for the love of God, don’t ever have another Sue-gets-naked-in-public-cuz-she’s-invisible scene ever again.

The Fantastic Four have had a notoriously bad run on the silver screen, but there is new promise that the MCU can give fans the film they’ve been waiting for—because at this point, if the MCU can’t get it right, no one should touch this superhero team again. And maybe, just maybe, they can be the ones to do right by Susan Storm. She’s been through enough over the years; the MCU needs to give her a chance to shine. 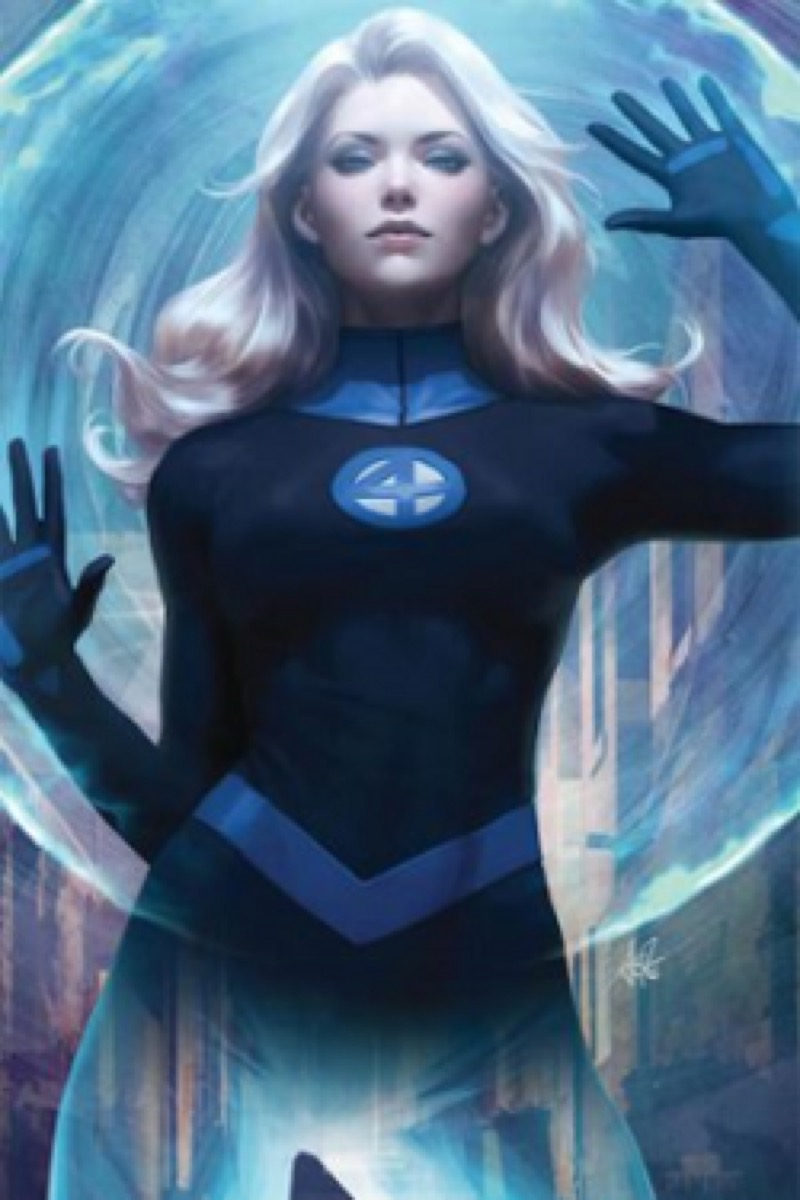 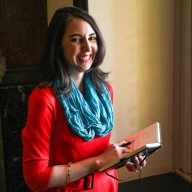 Laura Kelly is an entertainment writer covering TV, film, and comics with a special emphasis on nostalgic media. The weirder the better. She lives in the Washington, DC Metro area with her ax named Delilah.