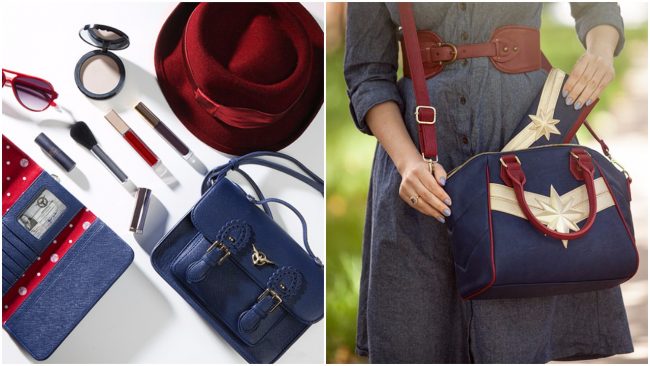 I own approximately 1,000 superhero t-shirts, but sometimes I’m in fancier situations where my fan affiliations have to go undercover. That’s where these purses come in. Help me choose between them, because I can’t.

There is no lady I adore more profoundly in the Marvel universe than Peggy Carter. I first fell in love in Captain America: The First Avenger and then I screamed for years when she was given her own TV show (which was too good for this world and the likes of ABC. Are you there, Netflix? It’s me, Kaila, in my bright red lipstick).

The Agent Carter crossbody bag is toned-down for practical use (which Peggy would appreciate) but also has a symbol true Marvel fans will spot: the Strategic Science Reserve eagle in gold, a.k.a. the top-secret organization that preceded S.H.I.E.L.D. 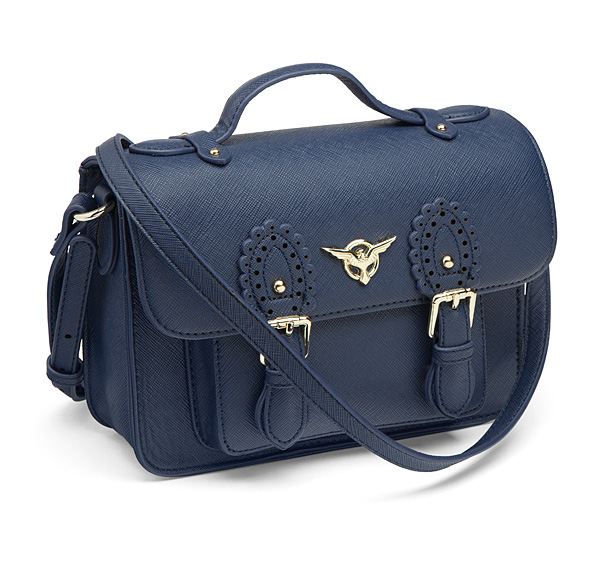 I love that other than that eagle, there’s nothing about this bag that screams Agent Carter unless you’re in the know—you could wear this out or to work and no one has to be instantly alerted that you’re plotting the destruction of HYDRA in your head. If you were to run into fellow fans, however, they could see the bag and understand. I like its vintage design and the handle that gives it a briefcase-y look. It’s made out of vegan leather, which ThinkGeek describes as cruelty-free, like Peggy herself. I have to say that the navy color looks like it will pair fabulously with a scarlet hat.

Normally I’d be all about the Peggy bag considering its practicality and my devotion to Agent Carter, but the other purse debuting from Loungefly is for no less than Captain Marvel, so I’m not capable of making this decision for myself. The Carol-themed bag is more colorful and a lot less stealth-fandom, but I love its bright, eye-catching insignia and more spacious capacity. I usually lug around Mary Poppins-type bags that I could live out of, and the Captain Marvel bag is definitely roomier. 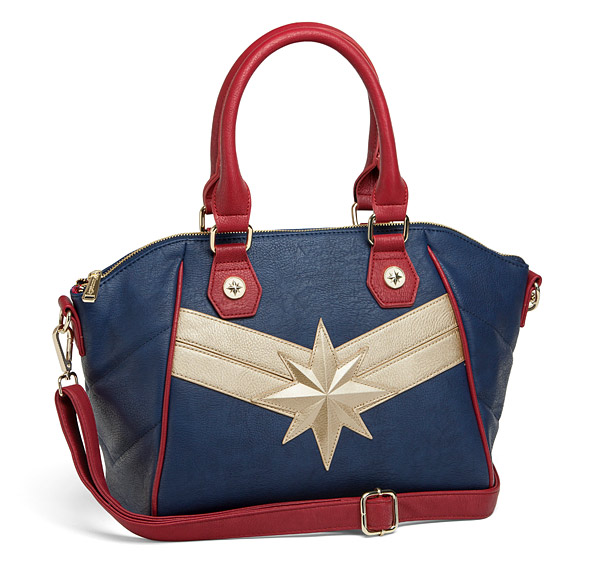 Captain Marvel has yet to permeate the public consciousness since her movie isn’t out until 2019, so while the bag is definitely distinct, it’s more likely to receive knowing nods from members of the Carol Corps.

I don’t mean to suggest that anyone should have to keep their fandom under wraps, but I’m really loving the Marvel-themed fashion that’s designed to be sensible and stylish in many situations. I have a backpack with the Avengers on it, but it was made for schoolkids and I usually break it out only for cons. These bags look like they’re sturdy and can be worn anywhere, which I appreciate. At $69.99, they had better last me through alleyway fights and keep together in the vacuum of space.

I’m curious if our readers have experience with the quality of Loungefly products—tell us in the comments. And for the love of Thor, tell me which one you think I should get.