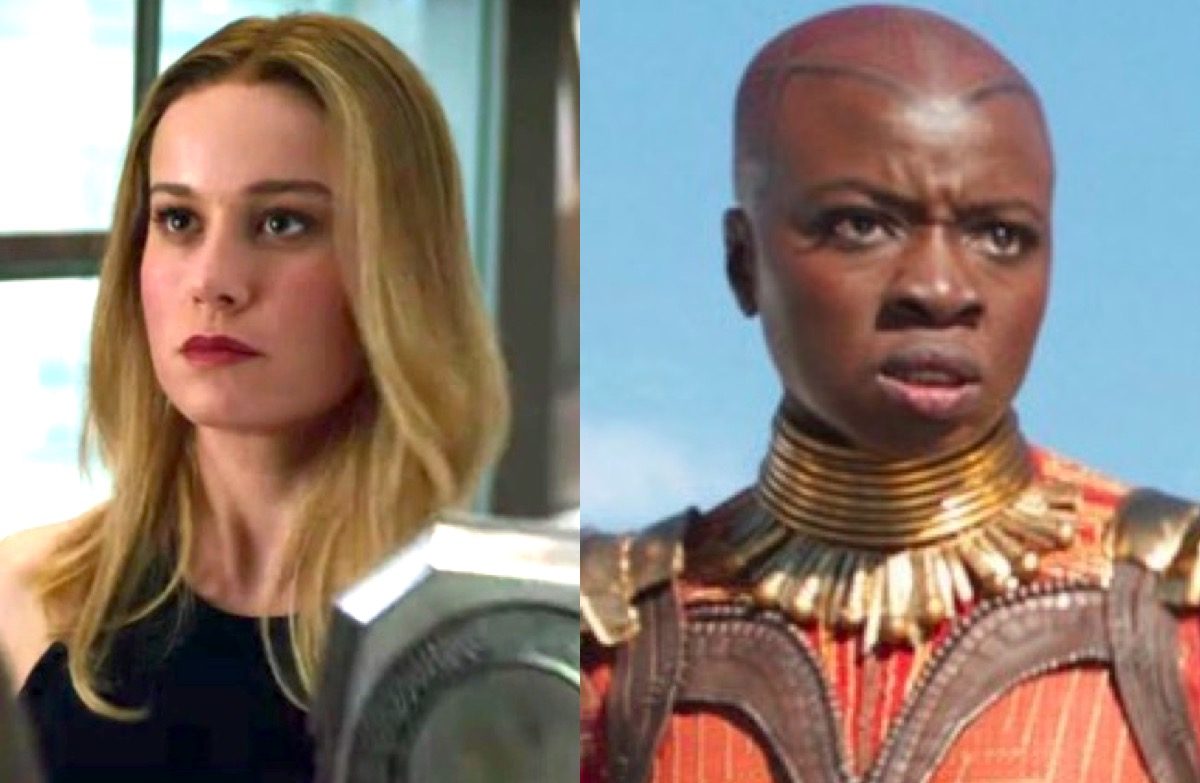 From what I’ve been told about Carol Danvers, a.k.a. Captain Marvel, it was established in her solo movie that she’s one of the most powerful characters in the Marvel Cinematic Universe’s whole universe, yet people are feeling as if the character was underserved in Avengers: Endgame, along with the rest of Marvel’s women.

Full disclosure, I personally haven’t seen Captain Marvel and part of that delay has been that, despite all the overall importance of the movie in terms of their finally being a female stand alone super heroine movie, is that I’m (a) not personally interested in the character and (b) not seeing how another white, cis, unconfirmed queer heroine is moving the representation needle in any real way.

I’m not discounting the meaning of it for fans, and I know plenty of women of color who love Carol and all the queer hype around her hair and subtext, but to me, all that support with subtext is why the Russo brothers though that “queer moment” in Endgame was worth a damn. That being said, as a critic and someone who cares about representation and diversity, how I feel about Carol doesn’t matter when looking at how her treatment exposes the issues within the MCU.

Watching Carol in Endgame, I understood why they put her offworld. It’s a lazy writing technique, and considering that the end credit scene in Infinity War was all about summoning her, I don’t think it does justice to the hype around her. However, as people said post-Captain Marvel actually coming out, having Carol there sort of leaves no room for the other heroes to be anything in a movie that’s supposed to send off many of them. It’s a hole they dug, but there it is. It shows just how white and male the earlier phases were and how much better they need to do.

Still, at least Carol is gone because she’s trying to help save the universe. Why isn’t Okoye in the movie? I couldn’t tell you. It was bad enough fans had to fight for Danai to be acknowledged properly in early posters. 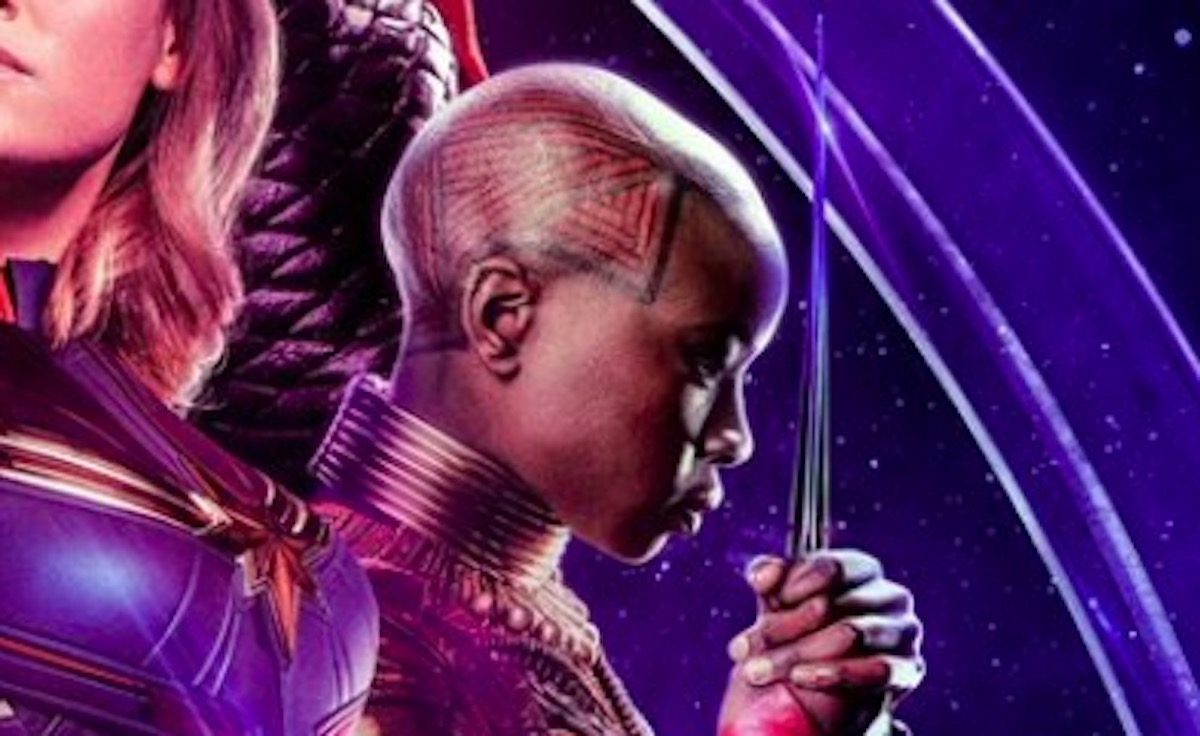 It wasn’t even made clear who was running Wakanda post-Infinity War, despite the fact that the majority of the fighting in that movie took place there, and we know from visual confirmation that both T’Challa and Shuri were lost in the Snap, but the only information about Queen Ramonda is at the end, with her children, with no mention whether she was snapped with them or not. We only see Okoye in one scene despite her being on Earth and a part of Natasha’s squad, and there isn’t even an explanation offered that she’s not coming to help because of Wakanda. She’s just forgotten until the big damn heroes scene in the final act.

Despite the group shot of all the women of the MCU together around Carol, the issue is bigger than her. It has to do with the fact that they think these moments make up for the lack of diversity in the Universe overall. Making Valkyrie a Queen is little compensation when they didn’t even make the time to confirm her sexuality in canon. Bringing back Gamora from a different timeline doesn’t matter if they fridged her in the first place and, in this same movie, kill off another woman in almost the same way. I don’t even like Black Widow, but her dying for Clint’s family was cringe. She deserved better than that.

Carol being “overpowered” in comparison to the other heroes is both a blessing and a curse. It’s great to have a woman in this universe with that kind of power, but as we have learned from Superman and Thor, all that means is writers finding ways to tone them down so that the movie isn’t over too soon. I was happy seeing her in Endgame, and while I empathize with those who feel disappointed that they got almost no Carol in this movie, I had all of … zero women of color on my screen, unless you include Gamora.

Thank goodness for Nebula holding it down. Otherwise, we would have left the pre-Snap part of the story with no good female storylines.

Marvel has to step up. We have stuck with them through highs and lows and have supported their vision, carrying the weight of queer representation when canon doesn’t. That also requires having the same energy for representation when it comes to all women and LGBTQ+ characters.

Marvel has given us their strongest Avenger. Now they need to give her a universe that can handle that and other women to help populate it. We have been let down a lot by this universe when it comes to this issue, and now that we’re entering a fresh new phase of that universe, there are no more excuses.