Rumor: Marvel to Make Shorts With Its Obscure Characters? 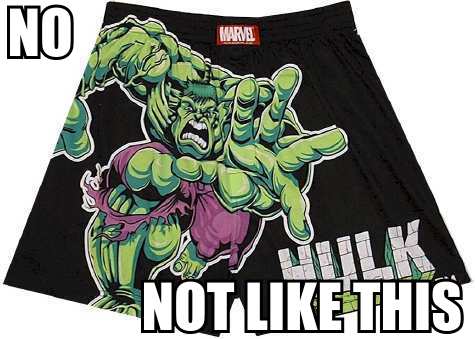 The buzz lately is that Marvel has been thinking about ways to bring its lesser known characters to the big screen, starting with giving them to smaller studios to make with smaller budgets.  Less money, less risk.

Color us intrigued.  The only other place mainstream American film has seen this sort of behavior recently is the realm of animation, which, lets be honest, has a lot of unofficial ties to comic books and comic book superheroes.

Pixar puts a (likely to be Oscar-winning) short film at the front of all their theatrical releases, but some may remember that Nickelodeon also used to use their movies as springboards for new Nicktoons.  The pilot episode of Hey Arnold! ran in front of Harriet the Spy, and CatDog before The Rugrats Movie, for example.

A short film is a tricky thing, especially if you are trying to introduce a character, which might take a certain amount of exposition.  Or you could take a different (superior, in my opinion) route, and just give your audience a taste of the hero, enough to get them interested in the back story without getting bogged down in it for your brief 10 minute stay.

So, like everything, it will depend on who actually does it.  If it even happens at all. We’d like to see them try.

No. Really.  We are genuinely interested in the outcome of Marvel’s experimentation.  What can I say?  We like superheroes.