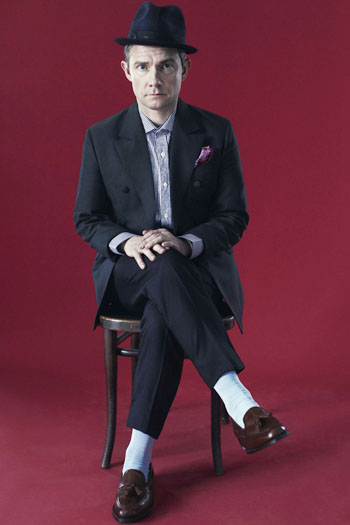 Freeman is of course also stars in BBC’s Sherlock, The Hitchhiker’s Guide to the Galaxy, and Shaun of the Dead. Enough to make him a Prince, or is The Hobbit enough?

He also told reporters, “I hope by the time my life is over I’ve given [fans] something else to talk about but I think in all reality I think it’s very likely that they’ll be calling me Bilbo.”

Speaking of fans, several paid $500 to attend the premiere. Proceeds went to the American Film Institute.

Martin FreemanShaun of the DeadSherlockThe Hitchhiker's Guide to the GalaxyThe HobbitThe Hobbit: An Unexpected Journey