Still Not Aliens: NASA Says That Flash of Light Seen by Curiosity Rover Isn’t What UFO Speculators Think It Is 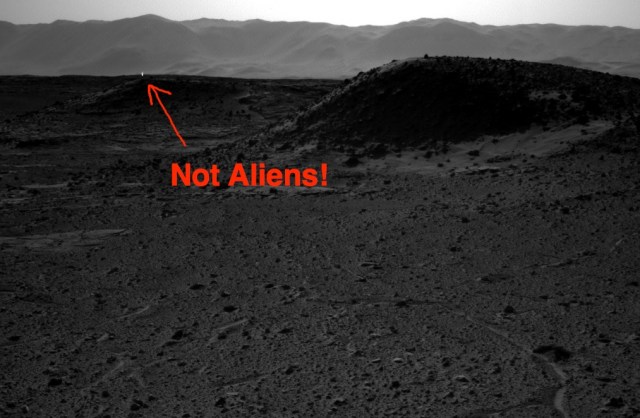 The above image is making it’s way around UFO sites and news outlets alike. It’s a photo taken by the Mars Curiosity rover on April 3rd, and it doesn’t show aliens. Relax, Internet.

Justin Maki, who is the lead for Curiosity’s engineering cameras, told Space.com:

One possibility is that the light is the glint from a rock surface reflecting the sun. When these images were taken each day, the sun was in the same direction as the bright spot, west-northwest from the rover, and relatively low in the sky.

The rover science team is also looking at the possibility that the bright spots could be sunlight reaching the camera’s CCD [charge-coupled device] directly through a vent hole in the camera housing, which has happened previously on other cameras on Curiosity and other Mars rovers when the geometry of the incoming sunlight relative to the camera is precisely aligned.

We think it’s either a vent-hole light leak or a glinty rock.

Members of the UFO community like Scott Waring — the same guy who thinks this rock is really some kind of Martian rat — have taken the image as a sign of intelligent life on Mars. On UFO Sightings Daily on Monday, Waring wrote:

An artificial light source was seen this week in this NASA photo which shows light shining upward from…the ground. This could indicate there there [sic] is intelligent life below the ground and uses light as we do. This is not a glare from the sun, nor is it an artifact of the photo process. Look closely at the bottom of the light. It has a very flat surface giving us 100% indiction it is from the surface. Sure NASA could go and investigate it, but hey, they are not on Mars to discovery [sic] life, but there to stall its discovery. SCW 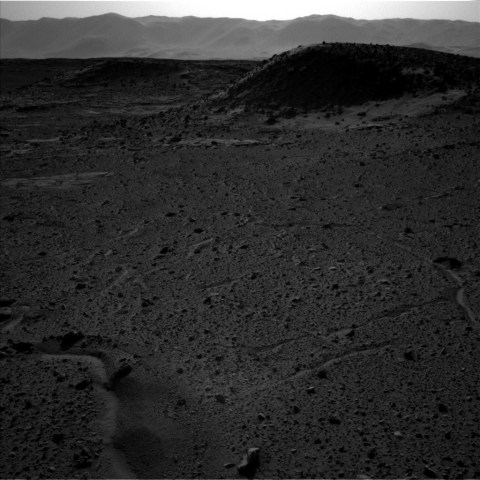 We imagine NASA will investigate further to give a definitive reason for the anomaly, but we’re also pretty confident that reason isn’t going to be “aliens.”

(via Space.com, images via NASA)