Mark Zuckerberg’s “Personal Challenge”: Only Eating Meat from Animals He Has Killed 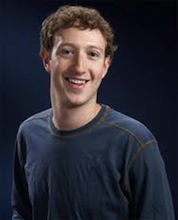 Because founding and expanding a multibillion-dollar company in his 20s apparently wasn’t hard enough: Facebook CEO Mark Zuckerberg has taken it upon himself to only eat meat from animals he has personally killed himself. Though it might sound radical on its face, the idea behind this “personal challenge” is to make Zuckerberg more ethically connected with the food that he is eating.

This year, my personal challenge is around being thankful for the food I have to eat. I think many people forget that a living being has to die for you to eat meat, so my goal revolves around not letting myself forget that and being thankful for what I have. This year I’ve basically become a vegetarian since the only meat I’m eating is from animals I’ve killed myself. So far, this has been a good experience. I’m eating a lot healthier foods and I’ve learned a lot about sustainable farming and raising of animals.

I started thinking about this last year when I had a pig roast at my house. A bunch of people told me that even though they loved eating pork, they really didn’t want to think about the fact that the pig used to be alive. That just seemed irresponsible to me. I don’t have an issue with anything people choose to eat, but I do think they should take responsibility and be thankful for what they eat rather than trying to ignore where it came from.

The first animal Zuckerberg killed since taking up this challenge was a lobster, which he boiled alive; since then, he has slaughtered goats, pigs, and chickens. After killing the animals, he takes them to a nearby butcher in Santa Cruz, after which he tries to use as much of the meat as possible.