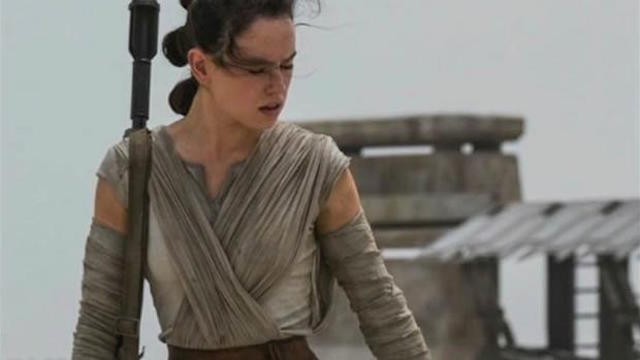 Once again, Mark Hamill probably did not just spoil anything about Episode VIII. Probably. If there’s one thing he’s really great at, though, it’s teasing Star Wars fans. The guy’s had plenty of time to hone his craft, after all.

Daisy Ridley’s character, Rey, was a bit of a mystery in The Force Awakens, and since then, everyone’s been speculating over just who makes up the family she was waiting for on Jakku. Luke Skywalker is the obvious (though perhaps too obvious) choice for Rey’s father, and Hamill, whether actually spoiling anything or not, chose his words less than carefully with respect to that theory.

Speaking at the Oxford Union this week, the Sun reports that Hamill said,

Daisy is incredible, so genuine, appealing, loveable, she beams, she has a wonderful charisma, I adore her. She’s my daughter’s age – and that’s how I relate to her.

However, when the audience (again, according to the Sun) gasped, Hamill quickly indicated that he was teasing with a wink and: “I don’t mean anything by that. As actors that’s how I relate to that.”

So really, it seems like just another tease from the veteran Star Wars troll who obviously knows what fans assume their relationship is. On the other hand, that doesn’t mean it’s not true—just that either way, Hamill really likes messing with us. Oh, dad.

(via GamesRadar, image via Disney/Lucasfilm)