You're a good man, Mark Hamill. 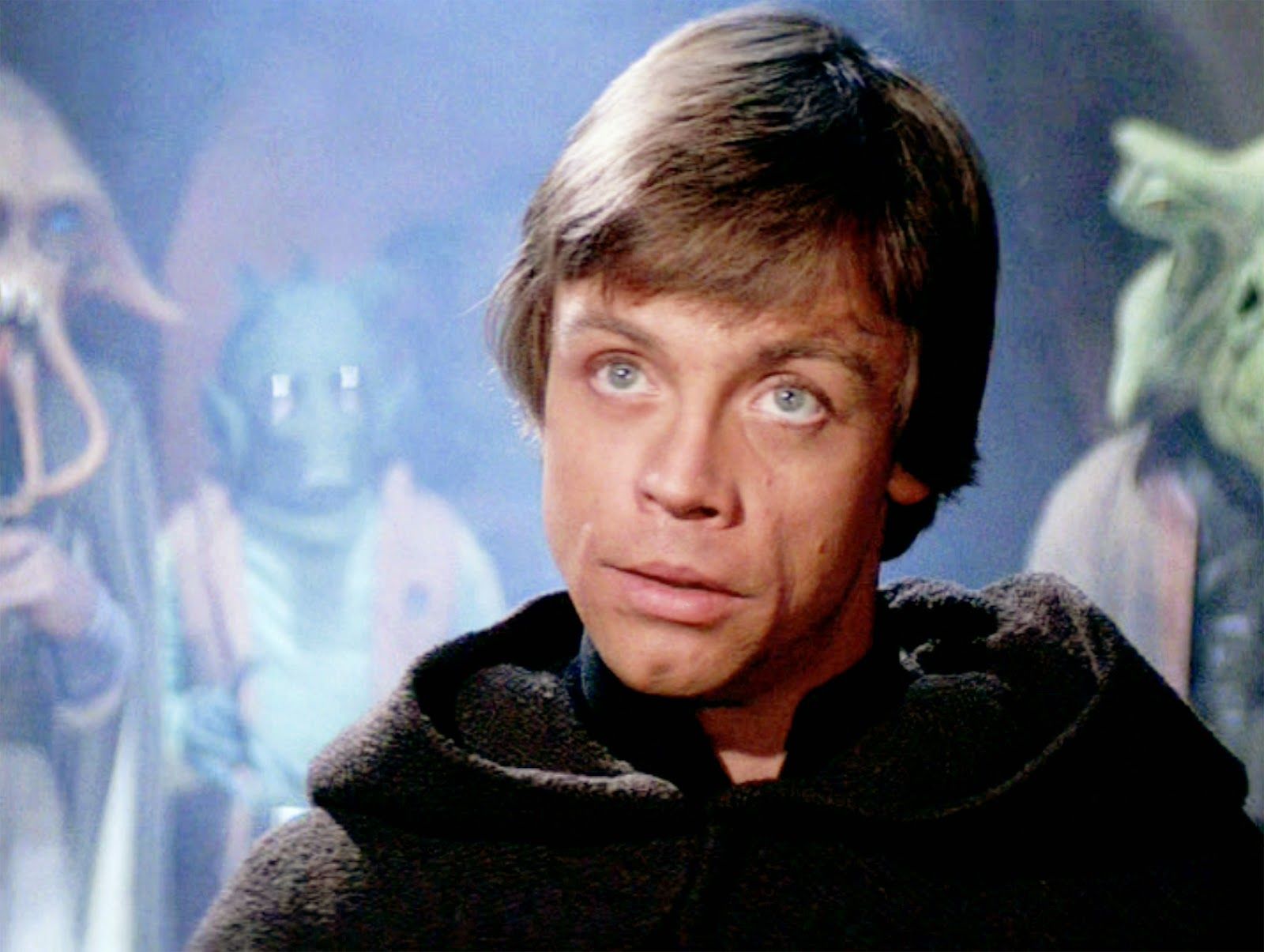 Earlier this week, Star Wars fan and Twitter user @kynoren asked Mark Hamill via Twitter if Luke is bisexual. Hamill thoughtfully replied in a Direct Message that the fan took a screenshot of and shared with us (@kynoren initially tweeted Hamill’s answer without permission, but later asked if the actor was comfortable with his response being included in coverage). 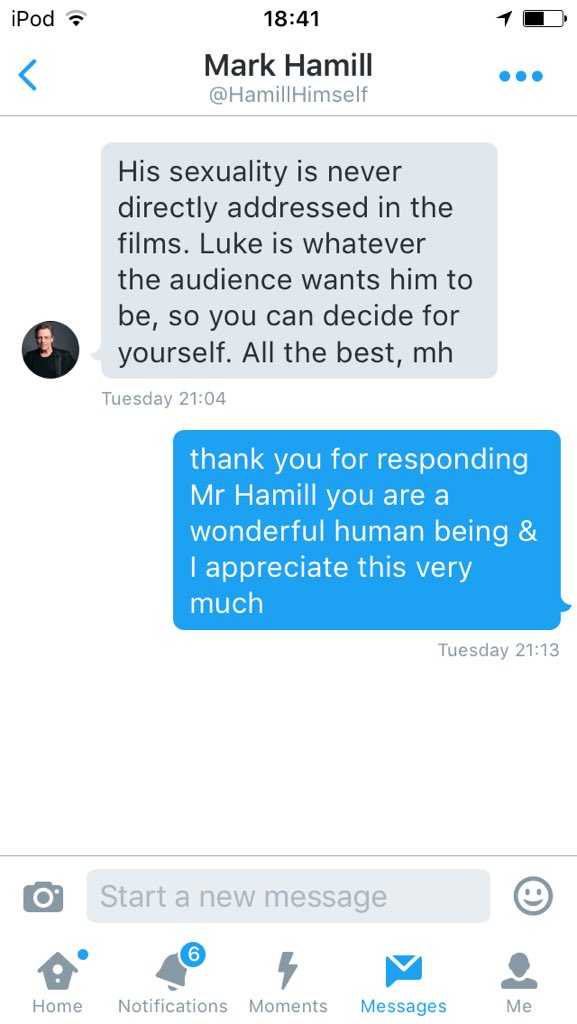 Under other circumstances, an answer like this would kind of disappoint me. “The character is whatever the audience wants them to be!” can feel a little bit like the “sending thoughts and prayers!” of representation–a nice sentiment, sure, but not a particularly helpful one, especially considering that a very vocal portion of audience members still just want to see cis white straight characters on screen. If a character is straight, that’s almost always made explicit, but LGBTQ+ fans hoping to see themselves in media are asked to be happy with representation that isn’t even subtext. It’s one of the many double standards of heteronormativity–in real life, people are presumed to be straight until they say or act otherwise, but in movies and other forms of media, audience members hoping to see more queer representation are told to look at characters as if they weren’t created in that straight-as-default context.

That being said, Mark Hamill didn’t create Luke, and, compared to some of the honchos at Disney and LucasFilm, he probably has relatively minor creative control over the character. Given that, and given that the only canon romantic interaction Luke has ever had on screen is with a woman (his sister), I think a lesser man would have ignored the question or replied that Luke is obviously straight. Although Hamill obviously doesn’t need to worry so much about this now, I’m getting a lump in my throat thinking about the serious backlash that might have resulted if he had said, back when the original trilogy was coming out, that Luke could be bi (or, in Hamill’s words, “whatever the audience wants him to be,” which obviously leaves room for a lot of other marginalized identities). His response here is an indicator that we’re living in the age of Poe/Finn–many fans want to see more queer representation in Star Wars, to the extent that a character’s potential LGBTQ+ status often only adds to their cache as a sex symbol.

Basically, I’m just grateful to be alive at a time when Mark Hamill is thoughtfully considering that Luke could be into dudes. What a world! We’ve got a long way to go, of course, and this isn’t a substitution for explicit representation–but it’s still pretty rad.