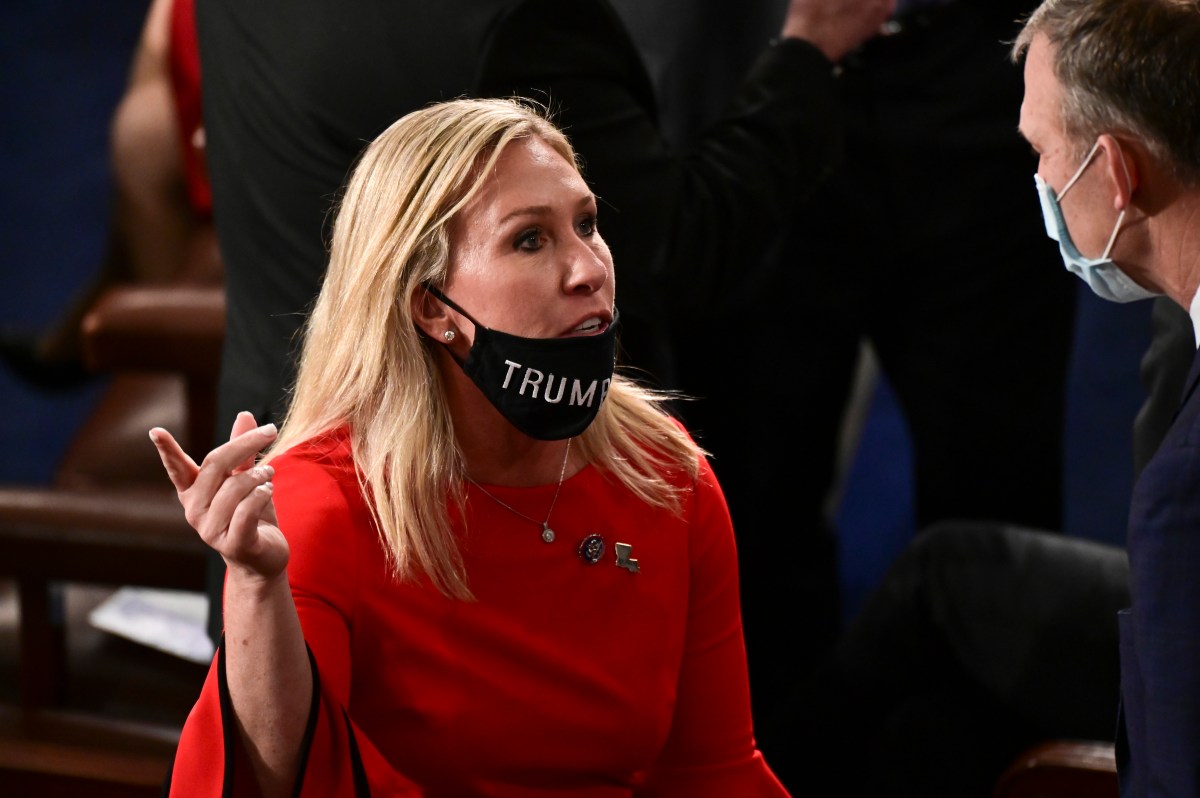 This year’s freshman class in Congress has a lost of firsts in terms of diversity. A lot of states have elected their first LGBTQ+ rep, their first Black woman, their first Native rep, and more.

Unfortunately, the newly appointed class also includes Congress’ first openly batshit QAnon reps in Marjorie Taylor Greene and Lauren Boebert. Both made news recently for their abhorrent behavior in the wake of the insurrectionist attack on the Capitol building earlier this month.

Now Greene, not content to just be known as the lawmaker who wears custom-made gun-fanatic masks to the House floor, has filed Articles of Impeachment against Joe Biden in his first week as president.

And why does she think the president should be impeached, you wonder? First, she says he established a “pattern of abuse of power” while serving as Barack Obama’s Vice President (and no, she doesn’t care to elaborate). She also claimed he’s engaged in nepotism regarding his son Hunter.

The pro-Trump Republican. Has a problem. With NEPOTISM. Absolutely incredible.

Green has been trying to get #ImpeachBiden and #ImpeachBidenNow trending since Thursday afternoon. It was a bland attempt to get some pointless attention (with no chance whatsoever of actually getting taken up by the Democrat-led House) and whatever MAGA/QAnon/domestic terrorist holdouts might have been supporting her have unquestionably been drowned out by the political heroes of our time: K-Pop stans.

These heroes did what they do best and flooded the hashtag with memes and fancams. Many of the tweets have inexplicably been deleted and their accounts are being labeled as suspended. Still, what is left is more than enough to chase away any remembrance of what the hashtag was meant to do.

K-pop stans, shutting down yet another dumb hashtag , I salute you. #ImpeachBidenNow pic.twitter.com/6b5G32uxOj

me looking through #ImpeachBidenNow and being a proud k-pop stan pic.twitter.com/9QLAgIC4Qv

(image: Erin Scott-Pool/Getty Images)
Want more stories like this? Become a subscriber and support the site!