Another Danish Zoo Planning To Kill Another Giraffe Named Marius 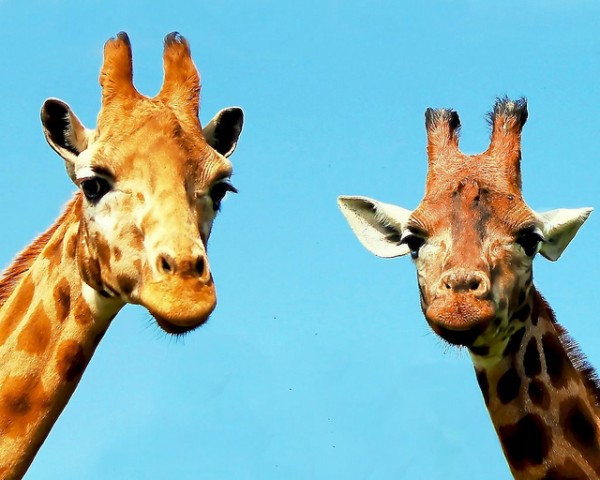 Something is rotten in the state of Denmark. Last week Copenhagen Zoo shot their “extra” giraffe Marius, then performed a public autopsy for school children. Now, in a bonkers development, a second Danish Zoo is also planning to off a spare giraffe-and this unlucky long-neck is named Marius as well.

Copenhagen Zoo has been under fire from animal rights groups since they made the controversial decision to kill what they described as a “surplus” giraffe named Marius, in spite of intense public interest in his safety. Over 30,000 signatures had been collected in a bid to save the 2-year-old’s life, and a private donor had even offered 680,000 dollars to stall the executioner’s hand.

In spite of these gestures as well as numerous offers from civilians and other giraffe-less facilities to adopt Marius, Copenhagen Zoo still shot him last Wednesday, and, in a questionable PR move, hosted a public autopsy in front of groups of small children before feeding his meat to their lions and big cats.

Copenhagen Zoo’s scientific director Beng Hoslt describes the anger with which people reacted to Marius’ execution: “People said, ‘If you kill the giraffe, I’ll kill you.”

Surprisingly, none of the bad press generated by Copenhagen is phasing Jyllands Park Zoo in Western Denmark, who are also planning on brutally killing a giraffe named Marius in the near future.

Jyllands Park was recently approved to participate in the European Breeding Programme, which means that if the zoo manages to acquire a female giraffe, Marius 2.0 will have lived out all the usefulness of his 7-year life, and will have to “make room.”

Aside from the illogical decision to exterminate an animal simply to create a new one in its place, it’s also baffling that yet another Danish Zoo is failing to see how their pragmatic giraffe policy looks to the public.

Zookeeper Janni Løjtved Poulsen says Marius’ fate lies in the hands of the breeding program coordinator, but “if we are told we have to euthanize [Marius] we would of course do that.”

Poulsen also says the public’s reaction to the death of Marius the Original is none of their concern. “It doesn’t affect us in any way. We are completely behind Copenhagen and would have done the same.”

And what does Poulsen the animal savior think of the bizarre coincidence between the two ill-fated giraffes’ names?

“We thought it was amusing that there was another Marius among the giraffes when there aren’t that many giraffes in Denmark overall.”

Oh, haha, yes Denmark, it’s all very amusing until you decide to needlessly slaughter both giraffes in a brief period of time and create a public debacle for yourself. Especially when there aren’t “that many giraffes” in the first place.

But don’t you fret, Monsieur Mariuses, you won’t feel any pain. And at least you will be together in that big Danish Zoo in the sky.