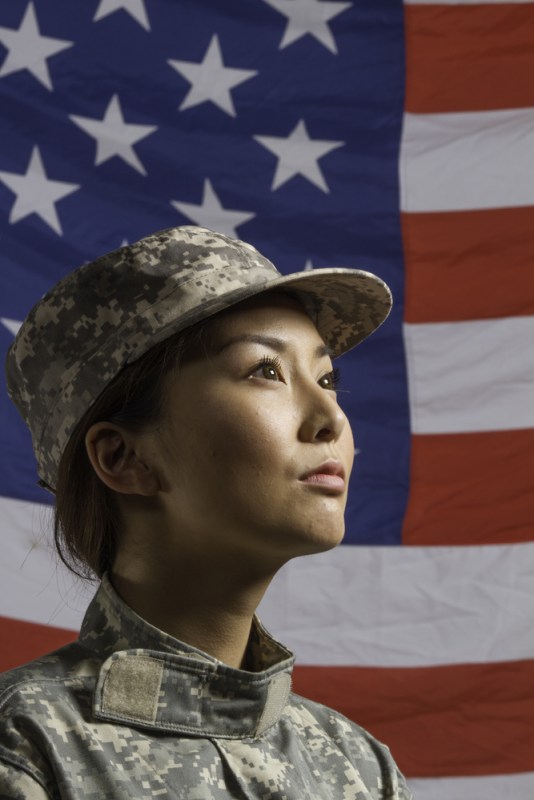 Now that women are allowed to serve in all combat positions in the US military, it makes sense that each branch would start making their language, I dunno, gender neutral. Especially considering that even before women were serving in these position, one’s job in the military was never being a man, it was using a rifle, or driving a tank. Well, the US Marines are finally doing just that…and it’s not making everyone entirely happy. But it’s like, you know, totally not a big deal. Whatever.

The US Marines have recently changed 19 out of 29 titles for combat positions to reflect the 233 female enlistees who’ve qualified for those positions in recent months. According to The Washington Post, “The list of jobs removes the word “man” from 15 of the titles and replaces it with Marine. In other changes, “antitank missileman” has been renamed “antitank gunner,” and “field artillery operations man” is now “field artillery operations chief.” The three titles associated with the job formerly known as “reconnaissance man” will now refer to reconnaissance Marine.

Still, this is a great step forward. Well, it is to most people. There are some (mostly men) in the military who aren’t thrilled, though they will insist that it’s not that big of a deal, whatever, pssht. It’s just, you know, a sign of political correctness. And, you know, who wants that? As reported by Jezebel:

“On one hand, the name changes from ‘man’ to ‘person’ or whatever they want to call it doesn’t really matter. They could call mortarmen bakers for all I care,” said Sergeant Geoff Heath, a Marine rifleman and combat veteran, in an interview with WaPo. “But on the other, it’s a direct reflection on society’s crybaby political correctness.”

I mean, I’m totally not gonna cry about it or whatever, but this is clearly a sign of what crybabies people are. Crybabies.

So, “it doesn’t really matter?” Then why do you even need to have an opinion about it? If it’s not a big deal, why not allow the change to go unremarked upon? Also from Jezebel:

“Not really seeing why this matters,” wrote one commentor. “A marine is a marine. If this triggers you well … not really sure what to say honestly. You’d think someone who has seen combat would have more stones.”

It always amuses me that women are considered the “emotional, irrational” ones, but the second you take the word “man” off of something, men have to bust out the condescension and defensiveness. It’s almost as if they can’t help themselves. It’s almost as if…men are being irrational and emotional.

Welcome to Patriarchy, everyone! Where the town motto is: “It’s totally OK if men do it.”