Sonia Manzano, aka Maria on Sesame Street, Retires After 44 Years 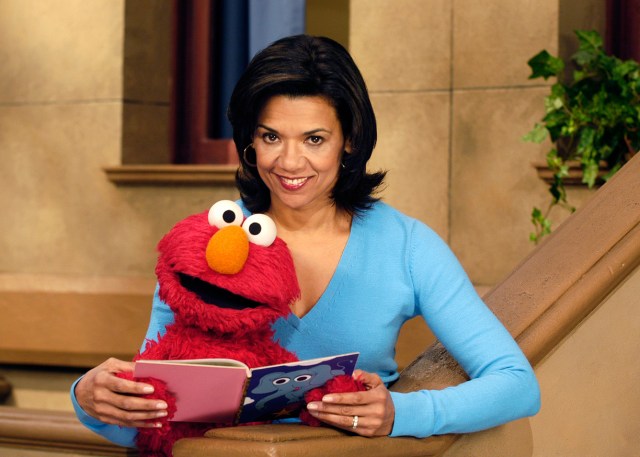 It’s a melancholy day over at The Fix-It Shop. Sonia Manzano, the Puerto Rican actress/writer who brought the beloved Maria to life for 44 years on Sesame Street, is retiring.

Manzano revealed the news at the recent American Library Association Annual Conference, which the ALA promptly revealed on Twitter:

After 45 years on Sesame Street, @SoniaMManzano will no longer appear on the next season. #alaac15 pic.twitter.com/Jiz7tn9dAI

According to Jezebel, Manzano talked to the ALA about how Sesame Street provided a platform for representation of Latinas that she always craved growing up:

“It’s sometimes a challenge to get across to young people that when I was a kid there were no people of color on television, and there were no people of color in books either, primarily,” she said in an interview with the ALA, explaining that watching the movie West Side Story changed her life. “I grew up wondering how I was going to contribute to a society that couldn’t see me, because I felt invisible, somewhat.”

“I found sanctuary in stories when they were available to me,” she went on to say, adding that she hopes kids who read her new book “like it, and that they see that you can make something out of any life. I didn’t become Maria in spite of my childhood, I became Maria because of my childhood.

Since the mid-1970s, Maria and her husband, Luis (played by Emilio Delgado), were fixtures on Sesame Street, being there for human kid and Muppet alike – offering advice, comforting, and being the kinds of friends everyone should strive to be. She’s even joked that Sesame Street was the first “reality show,” because her pregnancy was written into the show, and her real-life daughter went on to play her daughter on the show:

Manzano was nominated for an Emmy twice (although she never won) for her performance as Maria, but it was her work as a writer on the show that garnered her the most accolades, winning her 15 writing Emmys! That means a lot to this aspiring Latina TV writer!

Back when I was writing for Pink Raygun, I made up a list of the Top 10 Geeky Hispanics in celebration of Hispanic Heritage Month. Manzano was #1. Here’s why:

Every geek has a beginning, and for most of the geeks reading this, I would imagine that Sesame Street had a lot to do with their ability to read, their curiosity about the world, and their love of learning. What I’ve discovered as I’ve gotten older and spoken with more and more people who didn’t grow up in New York, where Sesame Street is filmed, is that the show provided them with their first impression of Latinos. Sonia Manzano’s “Maria” was the first Puerto Rican that many children ever “met.” Maria, along with her husband Luis (played by Emilio Delgado), provided a glimpse into the life of a Latino family that many children never would’ve gotten otherwise. There was plenty of Spanish bandied about, Maria even visited Puerto Rico with her Muppet friends during the show, and the sign outside the Fix-It Shop proclaimed Se Habla Español. However, Sonia Manzano didn’t just play Maria. She was also a writer for the show, earning 15 Emmy Awards for her efforts. Sonia Manzano tops our list, because she makes it her life’s work to focus her talent on our littlest geeks, teaching them about how to learn, love, and share in a multicultural, multilingual world.

Thank you, Ms. Manzano, for being an inspiration to so many children. I look forward to reading your new memoir, Becoming Maria: Love and Chaos in the South Bronx, when it comes out in August, and I know that you will bring the same level of talent and class to any endeavor you take on moving forward.