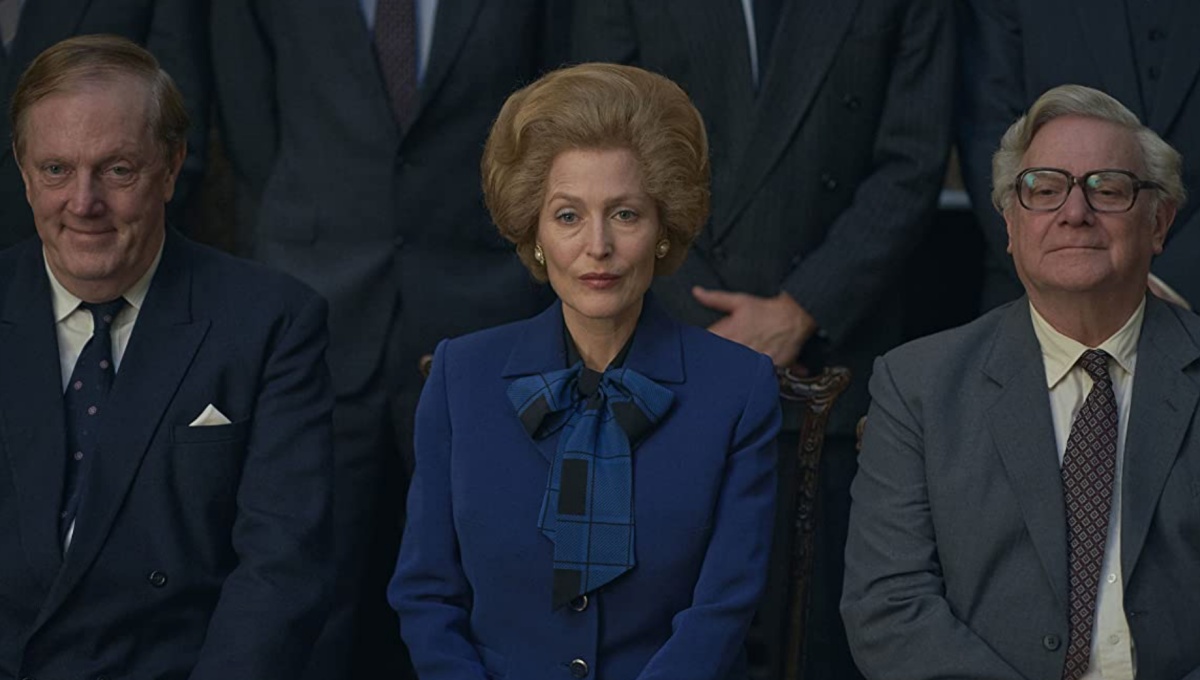 The first The Crown trailer highlighted Princess Diana Spencer. The newest official trailer puts a spotlight on one of the other important women in Queen Elizabeth’s life during the late 70s: Margaret Thatcher, played by a very familiar face in quite the wig and makeup.

Madam Milk Snatcher, portrayed by Gillian Anderson to the collective trauma of every queer person, plays a big role in this trailer as it zooms in on what it is like to see one of the most powerful countries at the time run by two women: the eighth queen-regent and the first female prime minister.

We hear Prince Phillip (Tobias Menzies) state in the voice-over: “Two women running the shop, that’s the last thing this country needs.” Of course, Queen Elizabeth (Olivia Colman) pushes back, “Maybe that’s exactly what this country needs,” but with the benefit of hindsight, we know that the relationship between the two women will be anything but harmonious. The tense interplay between the two gifted actresses as they bite into their scenes together is already amazing.

“It could be said that they are two very similar women, born only months apart. They are very much defined by the Second World War, by a sense of a sense of frugality, hard work, commitment, Christianity and so much more. It was a commonly held piece of wisdom that the Queen and Thatcher didn’t get on. I think there was probably a lot of respect. But they also had many differences, it was really fun exploring their differences and their similarities. I also get a chance to explore them both as mothers. Writing Thatcher and the Queen as mothers was probably an angle that no one has explored before. It yielded one of my favourite episodes in the season.”

Season 4 will pick up in the late 1970s with the royal family feeling it necessary to secure an appropriate bride for Prince Charles (Josh O’Connor), who is still unmarried at 30. Gotta keep that line of succession going straight. Can’t have Princess Margaret’s children inheriting. So enter Lady Diana Spencer (Emma Corrin) who is young and a virgin, and seemingly fits all of the things the family wants in a bride. Diana appears to provide a “much-needed fairytale to unite the British people”—however, behind closed doors, it is anything but fully amicable.

The new Crown season will tackle the impact of divisive policies introduced by Thatcher and the impact of the Falklands War, generating conflict within the Commonwealth.

Also, shout out to the ghostly cover of The Smiths playing in the background of this trailer as Diana enters the story. Very effective and honestly, it reminds me of why The Crown remains my favorite thing on Netflix, outside of The Baby-Sitters Club. The production values are high and despite the biases and politics you can see Morgan playing, it remains a very compelling show regardless of if you hate, love, or are indifferent to the Royals.