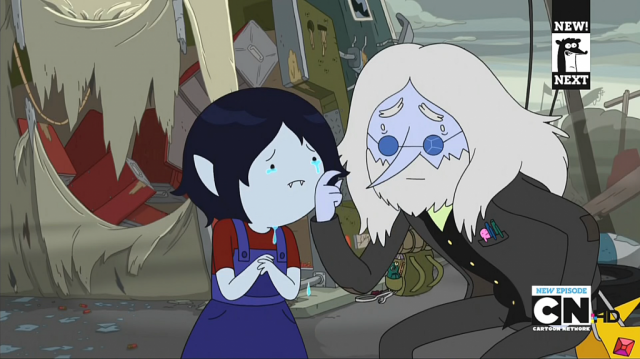 Marceline’s got her own spin-off mini-series called “Stakes” that aims to dive into the character’s backstory. Now, it’s got a confirmed release date: November 14th, just shy of two weeks after Adventure Time‘s season premiere.

The vampire queen has been a fan favorite since her debut, and everyone’s been clamoring for more of her backstory. It was a big deal when it was revealed that she has a connection to the Ice King’s “former self,” Simon Petrikov. The hope is that this series explores not only their connection but also Marceline’s wider childhood. You just know that when you hit 1003, you’ve definitely seen some stuff.

In addition to the release date reveal, Cartoon Network also debuted one of the Marceline sing along clips: “Fry Song.”