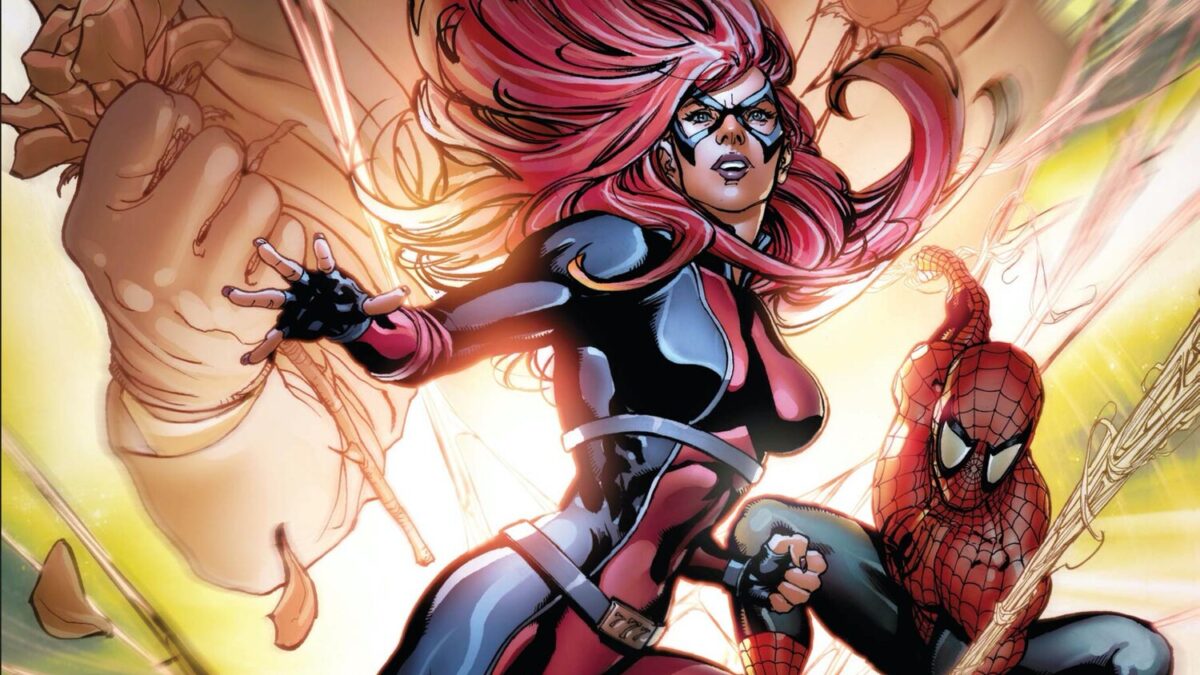 In their ongoing efforts to mine the Spider-Man universe for more content, Sony Pictures has announced plans to develop a movie around Marvel superheroine Jackpot. The studio has hired Marc Guggenheim (Arrow, Trollhunters) to write the script. Hiring Guggenheim makes sense on a number of levels. The prolific comic book author has written for Aquaman, Amazing Spider-Man and Superman/Batman. He also co-created Arrow and Legends of Tomorrow, and worked as the showrunner on both series.

Jackpot, created by Dan Slott (The Amazing Spider-Man) and Phil Jimenez (Infinite Crisis), first appeared in 2007’s Free Comic Book Day giveaway Spider-Man: Swing Shift. Pregnant scientist Sara Ehret, who works for an Oscorp subsidiary, is experimenting with gene therapy when she is accidentally exposed to the “Lot 777” virus. After the virus rewrites her DNA, Sara gives birth to her daughter Madeline and develops super strength. Sara then joins the Initiative, and juggles being a superhero with being a mom.

Eventually, Sara retires and passes the Jackpot mantle on to Alana Jobson, who acquires her powers via Mutant Growth Hormone. But after Jobson is killed in a fight, Sara reluctantly assumes the job once again. While details are scarce, the film is expected to focus on Sara Ehret, with an emphasis on superhero motherhood.

Does Guggenheim have the chops to bring Jackpot to the big screen? Undoubtedly. And this isn’t a criticism of Guggenheim or his work.

Could they really not find a woman screenwriter to pen a female-led superhero movie? Or what about hiring a mother to pen the first superhero mom? Again, I’m not here to slam Guggenheim, who is a terrific writer and creator. But the fact that Sony won’t hire a woman to write this film is a slap in the face to women screenwriters everywhere.

Just days ago, Sony announced plans to make a Madame Web movie with S.J. Clarkson (Jessica Jones) attached to direct. If the film gets made, it will be Sony’s first female-driven superhero film with a woman director to match.

This is not to say that only women can tell female-driven stories. But the story of a woman juggling heroism with motherhood deserves authenticity and accuracy that only someone who has experienced parenthood can provide. Women screenwriters already struggle to make it in a male-dominated industry, a struggle that is compounded when you get pregnant and become a mother. Film and television sets rarely offer any sort of childcare, and maternity leave for screenwriters is nonexistent.

Like so many industries, pregnancy and parenthood stunt a woman’s career and earning potential. And, to no one’s surprise, pregnancy discrimination is a major problem in the entertainment industry (as it is in every other industry).

The bottom line is this: men are almost always hired to write men’s stories. This limits the genres and stories that women writers are hired to produce. If men are writing all the stories about women and motherhood, then what is left for female writers? In a town that is packed to the gills with female talent, it is mind-boggling that Sony didn’t bother to find a woman for the job.

It’s not that they don’t exist. It’s that the studio didn’t bother or care enough to do so. A director has yet to be announced, but I won’t be holding my breath for a woman to get the gig.