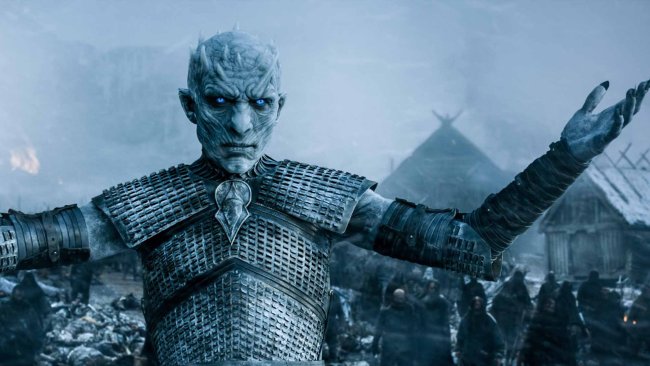 Mapping America’s differences is a longstanding internet past time. You see these maps all the time, from which state Googles what the most, to what election results looked like broken down by geography. These kinds of simple infographics help give clarity to our similarities and our differences, all in a bite-sized chunk of easily clickable and dismissible information.

And then this week, The New York Times released 50 maps illustrating our tastes in television broken down by geography and I’m pretty sure they broke my brain.

Today in Upshot-land: 50 maps of the US cultural divide, as seen through TV fandomhttps://t.co/BRm2Gf4kdV pic.twitter.com/EPQl45WiWM

What makes these kinds of visuals consumable is that they usually exist in binaries, or at least in clear schisms. They fill in each other’s gaps, giving us a whole picture of a world we can understand. And our brains are, generally speaking, easily confused. We like whole pictures. “That part of the country watches Duck Dynasty. This part watches The Daily Show. I understand our differences!” Our brains can handle that. But when there are 50 maps, it crosses our wires. It makes our lazy brains work too hard. It makes our sense of self and our sense of others harder to define, when both are already so hard to define.

The article eases into it with three maps breaking down the three major geographical locations they found most divided taste: cities and suburbs, rural areas, and what they dubbed “the extended Black Belt—a swath that extends from the Mississippi River along the Eastern Seaboard up to Washington, but also including city centers and other places with large nonwhite populations.” The piece ends with a searchable comparison generator so you can find which zip codes align with and differ from your own. But in between, the information isn’t so easy to parse.

Looking at the 50 maps, there are many that make total sense. (Yes, the part of the country you think watches Pawn Stars the most does.) But there are more than a few surprises as well. (The maps of Grey’s Anatomy fans and Pawn Stars are almost identical.) Where it gets hard for our binary-driven brains to handle is when the maps of our similar tastes and our differences take so many different forms, with so many different ways to overlap. If things are just broken down cleanly by geography or age or gender or race or simple personal taste, we can see where we fit in. But instead, it’s a mess of all of those. Despite watching television for a living, there are three shows on the list of the 50 most popular, spanning all three geographic areas that I’ve never even heard of. (The First 48,  Wipeout, and Rob Dyrdek’s Fantasy Factory, for the record.)

The maps force us to face that some of the things we thought were universal aren’t that at all. Personally, I had thought that shows like Saturday Night Live and Game of Thrones would have audiences based solely on taste, with little, if anything, to do with geography—that those shows would be watched by those who liked them and ignored by those who don’t. And they are, inside my “cultural bubble” of an internet life lived in a large coastal city.

It’s feeling more and more like we all need reminders that we live in bubbles. Nothing here is meant to be a judgement on anyone else’s bubble, simply a realization that we all live in one. And even when we acknowledge that fact—as we were forced to around the election—it’s still easy to see our country as having two bubbles: us and them. There can be any number of issues dividing the uses and the thems, but it’s often hard to see that every issue, from politics to Vampire Diaries (which, by the way, is the closest thing to a universally watched show in America) doesn’t come with an infographic showing the two sides matching up perfectly in puzzle-piece opposition. Sometimes we need a reminder.

(via NYT, image via HBO)