Maniac has us binging the whole thing. 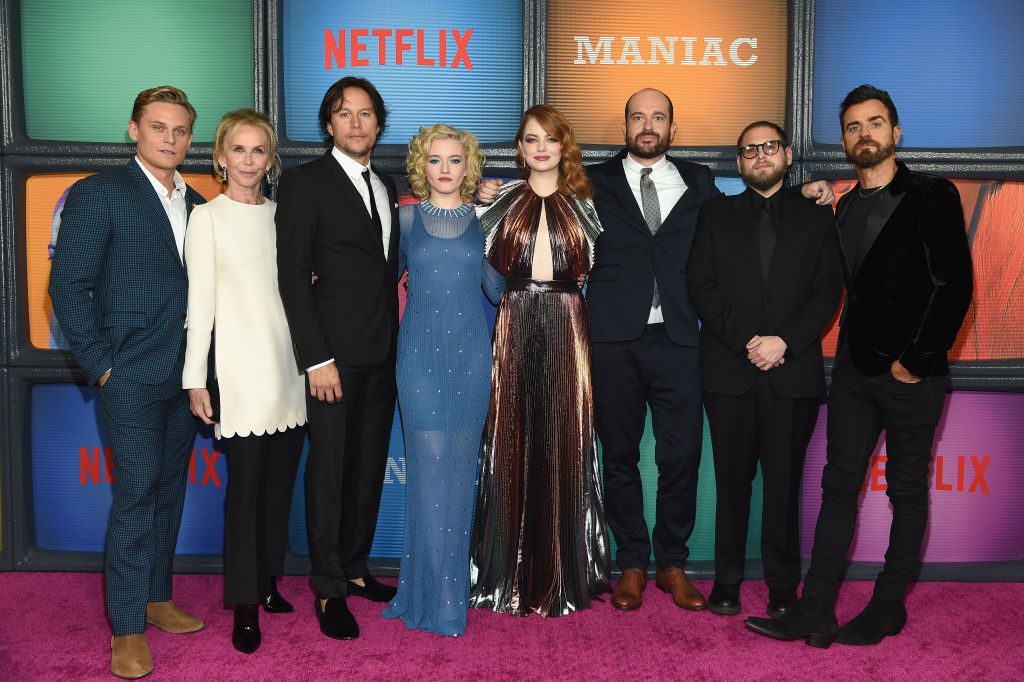 Netflix is known for having an interesting set of original content, but Maniac may take the cake. A show that doesn’t really have a lot of information at the top, here’s what we know: two unlikely friends are thrust into an experiment together when one feels the need to join for drugs and the other is lost on their own journey.

That being said, what is this show trying to show us? That human connection can defy whatever odds we see placed before us? Or that we all long to just feel as if we belong with another human being, no matter the reality of the situation? The great thing about the show is that it is truly up to our interpretation.

Throughout all the weird things that happen on Maniac, one underlying current holds true: other humans are the reason for most of our emotional turmoil. Throughout the first few episodes, we’re getting set up into the program that Annie and Owen are going to take on. Owen (Jonah Hill) joins because he lost his job, can’t afford his apartment, and is seemingly in love with his brother’s girlfriend and can’t do anything about it. Annie is a junkie and threatened a ‘friend’ she met through Ad Buddy to get her into the program.

It is very clear in the beginning that these two are going to have a storyline together, but we’re not exactly sure what that story entails. Are they destined to be lovers or just connected? As the program continues, Annie and Owen find themselves entwined in each other’s dreams in ways that none of the other participants are.

They are married in Long Island in one of Annie’s dreams, at a mysterious seance party in another. But no amount of dreams can separate them. And even James, the original creator of the drug that they are testing out, cannot understand why the two of them are linked as greatly as they are.

So is this show maybe just about human connection? Great! If it has a deeper meaning, even better. But Maniac is the kind of show that you watch and you don’t understand, but you still want everyone around you to also watch it so you have others to talk to. Even if none of your fellow watchers really grasp what happened on the show. Maybe just watch it for Justin Theroux’s … ah, weird robot box thing scene and his wig-wearing. Actually, you just have to watch it for Justin Theroux alone.

You can see Maniac on Netflix now. The series is ten episodes long, and each episode clocks in at about 45 minutes. It is well worth the binge-watch, and maybe if we all watch it together, we can start to unpack this bizarre masterpiece.

Have you watched Maniac? What do you think that it’s trying to say?