And it's not the line you might be thinking of. 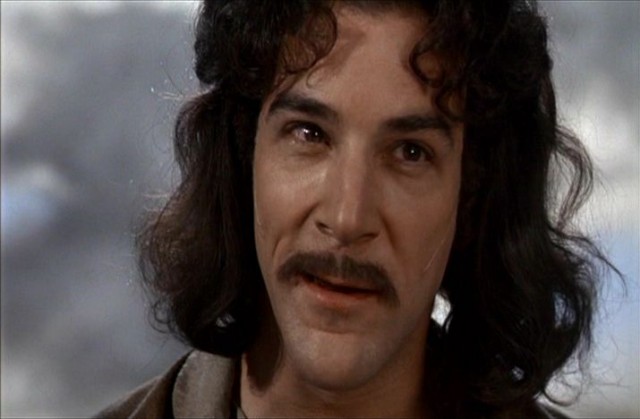 In a recent interview with The New York Times, actor Mandy Patinkin, who played the expert swordsman Inigo Montoya in The Princess Bride, said his phone is now blowing up with the number of memes circulating the Internet that have superimposed Republican presidential candidate Senator Ted Cruz’s face over photos of Inigo.

Why? Because apparently, The Princess Bride is one of Cruz’s favorite movies–and in the last few weeks on the campaign trail, he’s been reenacting scenes from the film left and right.

However, Patinkin just isn’t having it. As far as he’s concerned, Cruz is leaving out one of the most meaningful pieces of dialogue that occurs at the end of the film, when Inigo has banded together with his fellow friends in order to save Princess Buttercup:

‘I have been in the revenge business so long, now that it’s over, I don’t know what to do with the rest of my life.’ … This man is not putting forth ideas that are at the heart of what that movie is all about. I would love for Senator Cruz, and everyone creating fear mongering and hatred, to consider creating hope, optimism and love.

In the past, many celebrities have asked a political candidate to refrain from quoting something or using a song due to differing political beliefs. According to Patinkin, you can’t pick and choose your quotes from a movie that has a main message of love conquering all unless your politics back that up, too.