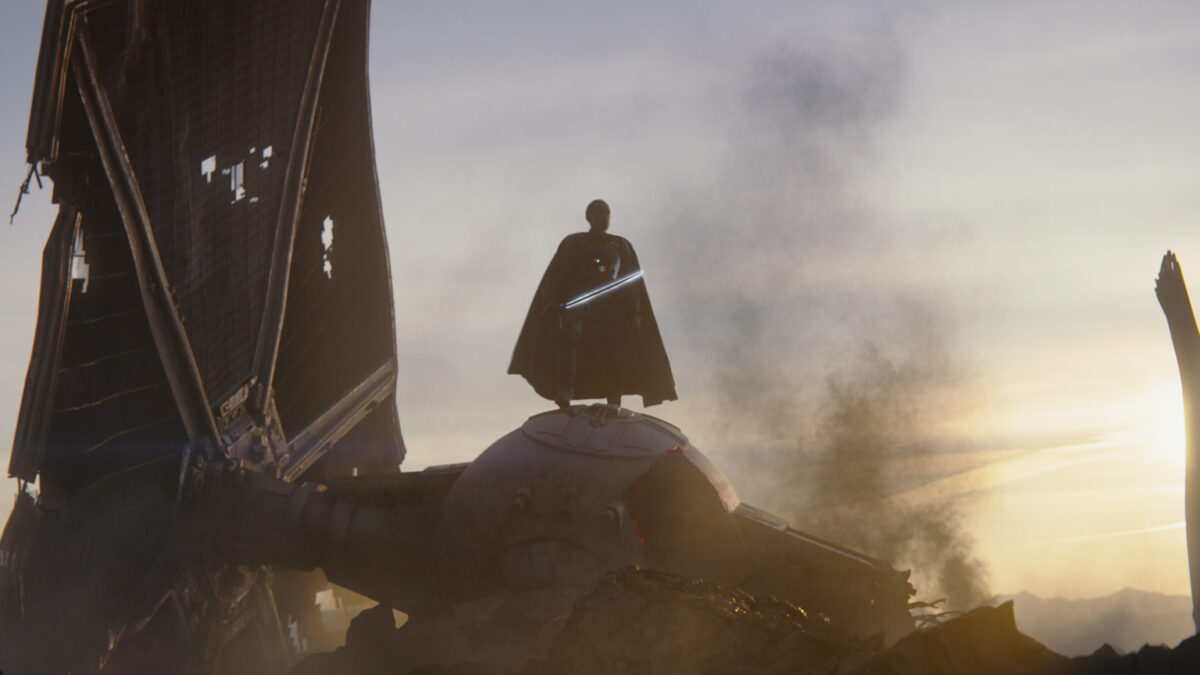 The reveal that Moff Gideon (Giancarlo Esposito) had The Clone Wars’ Darksaber at the end of The Mandalorian season 1 was a big deal for Star Wars fans. Connected to the first Mandalorian accepted into the Jedi Order, the Darksaber is a symbol of the protection of Mandalore and Mandalorians.

So, how Moff Gideon got possession of it is going to be a mystery that Mando needs to solve in season 2. According to Esposito, it’s a focal point of the series. Talking with Deadline after receiving his Emmy nomination for Outstanding Guest Actor in a Drama Series, he talked about how this “ancient” weapon found its way into the modern world and how that will play into the second season:

You’ll see more of the Darksaber, you’ll get the explanation of this ancient weapon to the modern world, a collapsed world. Where did this saber come from and how was it revived? It’s a key in our second season, which will be back sooner than later.

Here’s the thing: We know Sith Lord Maul took control of the Darksaber at one point in Star Wars history, and with rumors floating around that Darth Maul will be making appearances in multiple Star Wars properties in the future, I think this is going to be a way to get him into The Mandalorian. There is so much content from Rebels and The Clone Wars that seems “lost” to the live-action world, but now, with shows like The Mandalorian and even the Obi-Wan Kenobi series, we have the ability to connect things to those characters and storylines.

In fact, with Ahsoka reportedly heading to The Mandalorian, we’re starting to see more of a connection to this animated Star Wars world that was one of the best things to come out of the prequel trilogy, and who knows? They could continue to bring in Clone Wars and Rebels, and maybe we’ll even see a bit of the EU that was “erased” from canon when the sequel trilogy came out. (Please, give me my Mara Jade.)

“(The saber) is a key to Moff Gideon’s past, which possibly has a lot to do with where he comes from and his desire to build a planet and bring it back together,” Esposito went on to say, and it makes me think that we’ll maybe even get more of the history of the Darksaber throughout the series.

Created by Tarre Vizsla, the first Mandalorian in the Jedi Order, the Darksaber existed in the Jedi Temple until the House of Vizsla stole it back during a confrontation with the Jedi. Eventually getting into the possession of Darth Maul, the Saber is one that goes back and forth between the Jedi/the light and those connected to the Sith. Sabine Wren had it for a while, and now, by the time we see Moff Gideon in The Mandalorian, he’s in possession of the Darksaber.

What this all means is that we could be getting flashbacks to Gideon obtaining the Darksaber or how the saber came to be, and that could bring in some of those storylines from the animated series that predate what we’ve seen thus far from the original trilogy and The Mandalorian.

I’m excited for more connections to the lore of Clone Wars and Rebels, but I’m also interested to see where The Mandalorian takes all of this because we are in new territory since they have, essentially, erased the EU from canon. Whatever ends up happening, it’s going to be a fun time for Star Wars fans.