Here’s a Refresher on Season 1 of The Mandalorian, Onscreen and Off 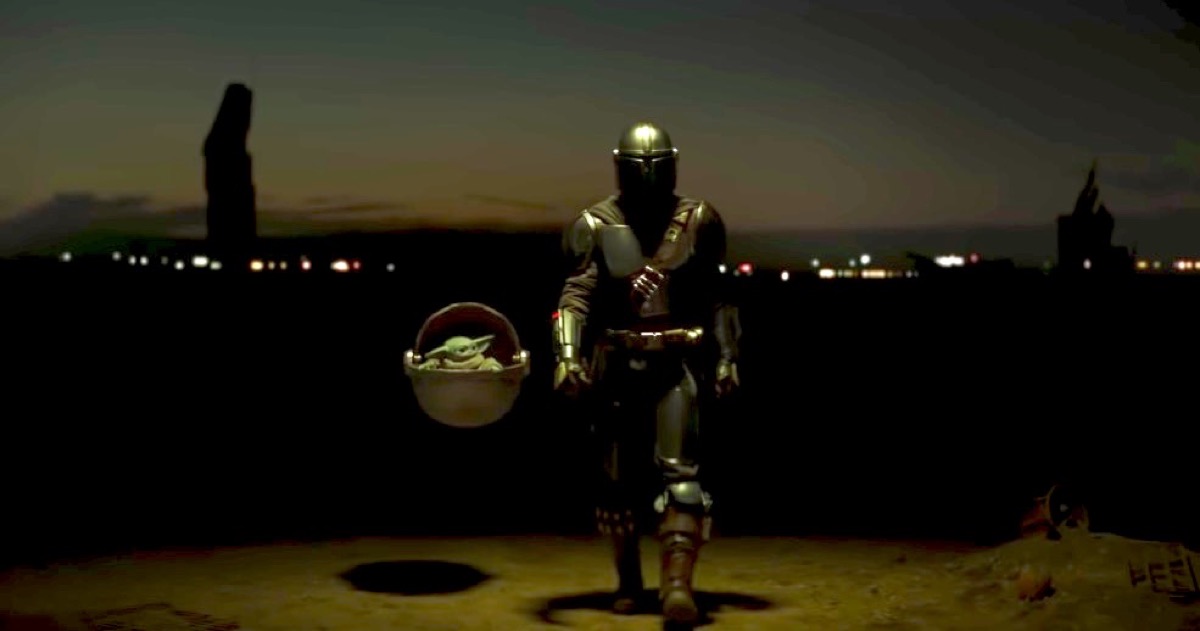 With season 2 of The Mandalorian premiering on Friday, let’s take a look back on season 1 and get ready for what’s to come. This means looking at both the plot we saw unfolding as well as some of the controversies that have happened involving the show’s cast.

When we first met the bounty-hunting Mandalorian, he had taken a mission to find an asset. On the journey, he meets an IG-11 droid and despite his hatred of the droid, they start to work together to get into the necessary room and get the asset that Greef Karga assigned to Mando. But when the asset is revealed to be an adorable green child, Mando does the only thing he knows how to in that moment and kills the droid so that the IG-11 doesn’t try to kill baby Yoda.

With the Child in toe, Mando begins to head back to his ship but discovers that the Jawa have taken it apart for scraps. Having made friends with Kuiil, an Ugnaught, the two start to strike a deal with the Jawa and Mando has to bring them back an egg but in the middle of the battle, is nearly taken out until the Child uses the Force to help Mando escape.

But still, Mando is meant to do his job and bring the Child back to the Client and something doesn’t feel right with him. Through a series of events, he escapes using the Mandalorians that are in Nevarro to help and he manages to get away from the Client and Greef and flee to the planet of Sorgan. There, he meets former Rebel shock trooper turned mercenary Cara Dune. Shortly thereafter, Mando is faced with the knowledge that he could have a life outside of his duties as a Mandalorian.

He meets Omera, a woman from the village that he and the Child are hiding out in, and the two seem to have a connection despite the fact that Mando refuses to let her know much about him. It’s the first time we see that he does take off the helmet when he’s alone and as he starts to get comfortable in the village, so does baby Yoda. But eventually, they have to take on an AT-ST walker and Mando and Cara discover that someone was there to collect the bounty of the Child.

Realizing that the Child will not be safe on Sorgan, Mando and baby Yoda leave despite both seemingly finding happiness there. But they can’t go very far as Mando has to take his ship to be repaired. Heading to Tatioone, while waiting Mando meets a young bounty hunter trying to take on the hardest bounty yet. This is the episode that, by the end, many think it hints to the fact that Bobba Fett was there and took Fennec Shand with him.

Continuing the journey that Mando is on to keep baby Yoda safe, he ends up going back to his old crew and they try to take him out as they’re breaking out a prisoner. But all roads lead back to Nevarro, and despite Mando’s betrayal, he eventually works with Greef Karga and Cara Dune to escape with baby Yoda but, during the final battle, Moff Gideon comes and reveals that he has the darksaber. And that’s where we left The Mandalorian.

As we gear up for season 2, it is important to note that there are some issues with casting/the existing cast that has made fans uneasy. First, there’s the casting of Rosario Dawson. Dawson is currently in a lawsuit with her former employee Dedrek Finley, who accused the actress and her family of workplace discrimination, and many fans are upset by Dawson’s being cast in the franchise at all (especially if she’s playing longtime fan-favorite Ahsoka Tano).

In addition to Dawson, there was the Twitter debacle with Gina Carano, who continued to punch down on a terrible pronoun joke despite co-star Pedro Pascal explaining why it is important to have pronouns in your bio. (As someone who loved the character of Cara Dune in season 1, I am truly disappointed by this entire situation.)

It’s a hard line for many fans who love Star Wars and are excited to show their support for Pascal (who constantly uses his platform to be there for fans from marginalized communities and wants to help out in whatever ways he can). But watching the show and not calling out the involvement of Carano and Dawson can seem like complacency. If you’re planning on watching The Mandalorian, the correct move may be to explain and discuss the issues around Dawson and Carano with those you’re watching with. Many people have poured their creative time and energy into this production and we can celebrate their accomplishment while also keeping a critical eye on off-screen developments.

As for where we’re heading—what does all that plot we covered mean for season 2? It means that Mando is currently on a journey to find the Jedi to help discover where the Child belongs, while Moff Gideon is searching for Mando and baby Yoda. That is pretty much all we know for certain going in. But there are so many rumors of who from Star Wars lore is going to be included in the new season that it’s going to be exciting to see where the show takes us.