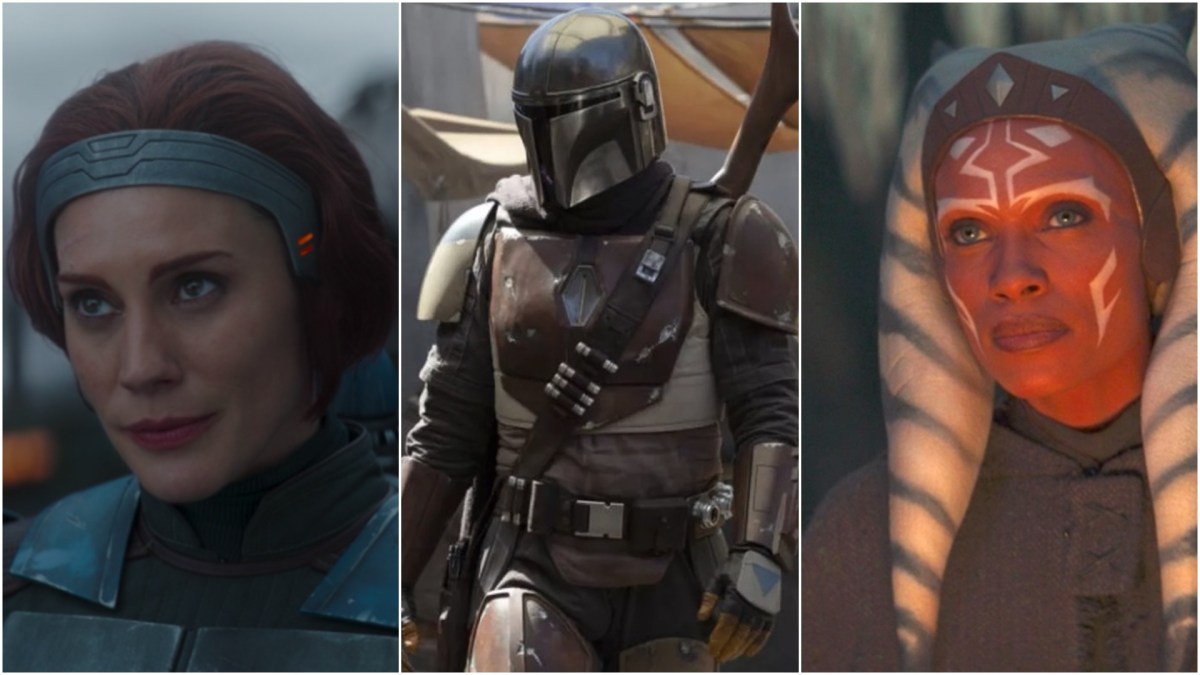 Like a lot of people (and I mean a lot), I really enjoyed season one of Disney+’s The Mandalorian. I enjoyed that it was essentially an old-school western set in space and that we got different adventures each week with a slight through-line of Baby Yoda mystery and more. I liked the new characters and interesting worlds we saw and the subtle references to the greater Star Wars lore. My relationship to The Mandalorian was pretty much like my relationship to Star Wars; it was something I could pop into and enjoy easily.

The second season, however, hasn’t felt quite the same, and I think the unfortunate reason is that this season is not as geared towards the “casual viewer” and more towards diehard fans of the animated Star Wars universe. The show is now relying so much on established lore and characters from other shows that it’s not as compelling to me, a person who has never seen those shows. And that’s fine, and I know those fans are enjoying this season! But for me, specifically, the introduction of so many characters and plot points from the animated series made many of the recent episodes fall flat.

With characters like Bo-Katan and Ahsoka joining The Mandalorian, as well as big myth elements from The Clone Wars and Rebels seeming to drive the plot of the season, I feel like the show is relying on shorthand, only known by some of the audience, to do character and emotional work. With Bo-Katan, for instance, I wasn’t terribly impressed by her as a character because the show just didn’t give me very much there, but I think if I had already known her, it would have resonated more.

There was so much exposition from Bo-Katan, but it somehow wasn’t enough and also served to confuse me and dilute what I thought we knew about Mandalorians in general. And Katee Sackoff is a really compelling presence when used right, but I don’t think the writers gave her enough here beyond looking cool and kicking ass. Who was she? I can’t really say. Relying on other shows and sources to get people to care about characters is not a great habit for a show to get into.

With Ahsoka, who I had at least heard of, I liked her more, and the visuals and fights we got with her in the most recent episode, “The Jedi,” were really stunning. But I still didn’t get a good idea of who she was or why I was supposed to like her beyond the fact that she was really cool and sort of nice, and I didn’t get a great sense of her as a person. She had no pathos for me, nothing that made me care what happened to her next. And this hasn’t been true of other characters new to the show this season, like Timothy Olyphant’s Marshall. It’s strange to me that the characters that came from well-established 3D animated shows seemed so, well, two-dimensional.

And it hasn’t been just the characters, but the hints and nods to other elements from the animated shows and the clear hints that Disney and Lucasfilm want this to be a larger universe of live-action shows. It was fine to see Cara Dune and Greef Karga back, but that felt like a backdoor pilot for a show about them. So did Ahsoka and Bo-Katan’s episodes, and that all pulled focus from the main plot and emotional core of The Mandalorian itself.

For me, this show is interesting because of, well, The Mandalorian himself. Din Djarin is a really interesting character, but this season, we haven’t gotten very much about him. He’s just been an observer, stepping into much bigger plot arcs from other shows or as a guest star on someone else’s pilot.

I still really enjoy The Mandalorian—don’t get me wrong—but I’m somewhat disappointed that it’s become less of a story about The Mandalorian and The Child, and more a launching point for various spinoffs and commercials for other Star Wars shows. It all becoemes a little too transparently capitalist in some ways, and reminds me far too much of how the return of Emperor Palpatine happened in Fortnite and not in the actual Rise of Skywalker movie and points to this as a larger problem in the Star Wars franchise.

It’s clear that this fanservice is certainly working for a lot of people, and the inevitable Ahsoka series we will one day see will, I’m sure, be very cool. But for me, as a more casual Star Wars fan who would like to enjoy the show without having to read explainer posts (even very good ones), this … isn’t the way.