Malala Yousafzai Shares Her Life, Thoughts on Charleston on The Daily Show 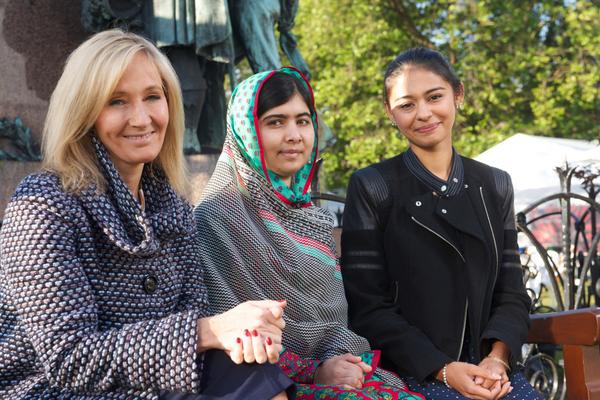 Malala Yousafzai was recently on The Daily Show to talk with Jon Stewart about being the subject of the new documentary, He Named Me Malala. She also had a few comments on the recent horrific Charleston, SC church massacre.

As Stewart mentions in his incredibly somber, emotional opening monologue, Yousafzai is perhaps one of the people best equipped to provide perspective on what happened. As an activist fighting to ensure quality education for girls around the world, she has faced incredible backlash, up to and including an attempt on her life by the Taliban.

Right off the bat, Stewart asks about Yousafzai’s view on where humanity is headed. She answers:

She offered her prayers and her thoughts to the families and everyone feeling the profound loss of this racially-motivated terrorist attack.

The most striking thing about this interview, and about Yousafzai herself, is her ability to so skillfully process and articulate the unpronounceable feelings we all have roiling inside of us. More than that, there are moments during this interview where it’s easy to forget that she is just a teenager. When Stewart brings up school and they talk exams, it’s a harsh reminder that yes, she is young, but she speaks with the wisdom of one who has seen much beyond their own years.

Here are both parts to watch in full:

Stewart found himself at a loss for words when talking about Charleston in his monologue before Malala’s interview. We live in a time where it’s difficult to be who and what we are.