Well Played, HBO – If Mahershala Ali Is in True Detective Season 3, Then I Have to Watch It 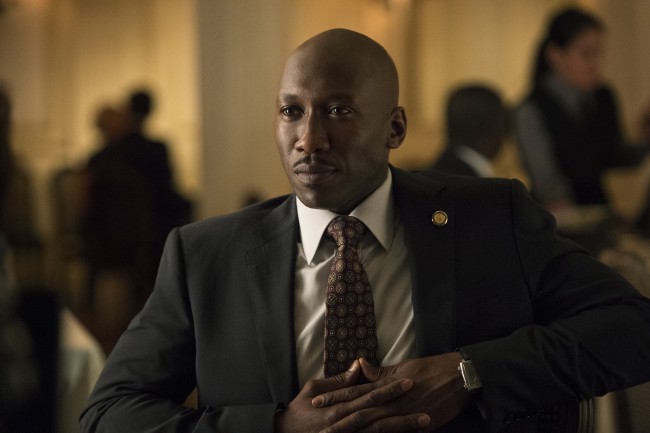 Tricksy hobbit HBO has come up with a clever scheme to make me watch the otherwise unnecessary third season of True Detective – by casting Mahershala Ali as the lead. According to The Hollywood Reporter, it’s all still very up-in-the-air. Ali is only in “early discussions,” and HBO isn’t even sure if there will be a third season of the show. But it’s still a very real possibility.

And if HBO is hoping it will trick me into checking out the third season after my disappointment with the second, well, they are 100% right.

The characters on True Detective are almost all storytellers; they tend to go on long, autobiographical-philosophical tangents, waxing on a theme or a truth about their lives. And Ali is just so subtle and absorbing with these sorts of monologues. Remember this scene from Moonlight?

If the third season represents (hopefully) a return to the heavy atmosphere and weird intensity of the first season, Ali would just be perfect. He certainly showed his talent for intensity on Luke Cage, where he played the unpredictable and powerful Cottonmouth. With speeches like the “Everybody wants to be king” scene, and his sudden bouts of anger, the role of Cottonmouth required a lot of the same skills as the role of Matthew McConaughey’s fan-favorite Detective Rust Cohle from the first season.

Should the third season go in a different direction, Ali certainly has the emotional range and charisma to handle anything they throw at him. That means the real question is what sort of story they have in mind. Back in July of 2016, HBO’s president of programming, Casey Bloys, said, “We’re open to someone else writing it with [series creator] Nic [Pizzolatto] supervising it; it’s a really valuable franchise for us.” And Deadwood creator David Milch was talking to HBO back in March, leading Nerdist to speculate that we might be in for a Western.

Usually, I’d want to know the story line before I check out the next season of an anthology show, but who am I kidding? I will definitely watch the first episode if Ali is the lead, even if the story sounds a little dodgy. You know it, I know it – and HBO knows it best of all.

(via The Hollywood Reporter; image via Netflix)