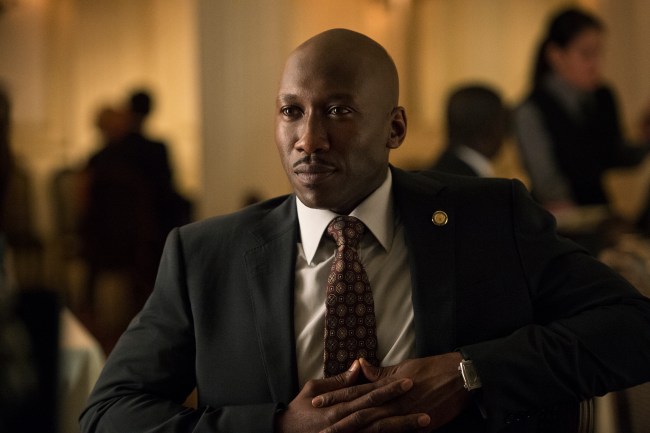 Mahershala Ali, who will play Cornell “Cottonmouth” Stokes in Luke Cage, recently spoke to USA Today about his role in the civil war drama Free State of Jones, his growing fame, and his role in the superhero series alongside Mike Colter set for September.

Ali’s character is described as “a Godfather-type villain” and “a Harlem nightclub owner,” based on the character first introduced in the Power Man #18 from 1974.It’s been reported that the Netflix series will feature a strong “hip-hop vibe” with its Harlem setting and pay homage to the comics.

On Luke Cage, Ali says “There are going to be so many kids out there who get to see a black man on that screen and aspire to be like him. We didn’t have that. They get to be included.” While I don’t know if Luke Cage will be rated TV-MA like Jessica Jones, it’s not like parent blocks really stopped any child. Ali also mentions Obama as an example of a real-life superhero for youth to see, and the importance of that representation he didn’t feel like he had growing up:

When I grew up, it was a lie to us that you could be anything you wanted to be. Because we knew we couldn’t be president. What this generation has is President Obama — he’s a superhero for us. And I think that might be hard for people to really embrace and understand.

Combined with the upcoming 2018 Black Panther movie that’s said to have a crew that’s 90% “African or African-American,” Ali’s excitement for more representation in superhero movies is hopefully reflective of the genre expanding itself to include more diverse protagonists in mainstream media. While that might be a bit optimistic, I can’t wait to see Luke Cage.